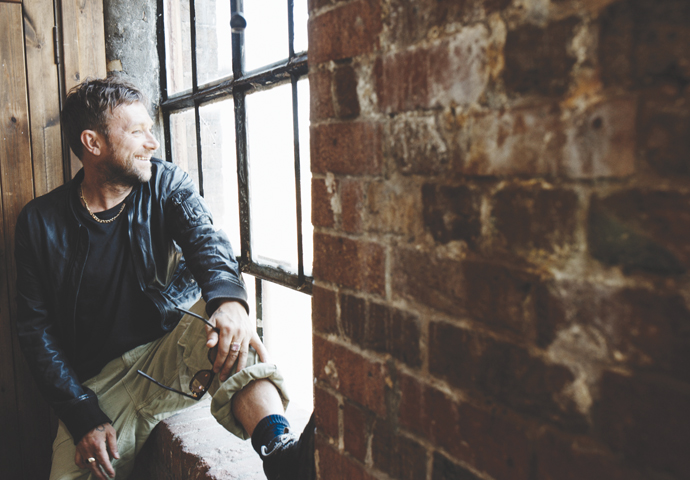 Damon Albarn is at the Globe Theatre on September 20. Photo: Steve Gullick

THEY have become a cultural phenomenon so it’s good to hear that they have not forgotten their roots. Massaoke sets up home at Electric Ballroom with a monthly night from tomorrow (Sept 10). If you’re not yet familiar with the concept, think live band, big lyrics, a mass sing-along and one of the most fun nights you will have in a long time.

• There’s a second chance to catch Massaoke this weekend as they join York Rise Street Party, NW5, on Sunday (Sept 12). On from noon onwards, expect an exciting programme of music including Kitty Liv (from Kitty Daisy and Lewis), The Estimators, Orchestra of the Age of Enlightenment, The Vagabonds, The Dig It Sound System and The Murmuring – such is the calibre of a Camden street party! There’ll also be the usual street party shenanigans.

• London summers haven’t been the same without the BST Hyde Park concerts. And it’s only fitting that Elton John is bringing his Farewell Yellow Brick Road – The Final Tour show to the festival on June 24 next year. Tickets go on sale tomorrow (Friday). Pearl Jam + PIXIES (July 8-9) and Duran Duran + Nile Rodgers & CHIC (July 10) have already been announced. We can’t wait to be back there.

• No surprises that there’s a waiting list for tickets for New York rapper R.A. the Rugged Man, a huge name in the hip hop world (Sept 10), Jazz Cafe.

• Loud Women Fest 5 – the festival of women-led artists, a little step in redressing the balance of male-dominated festival lien-ups – brings together more than 20 acts including Bang Bang Romeo, Genn, Breakup Haircut and more at 229 on Sept 18.

• Damon Albarn performs a one-off show at the Globe Theatre on Sept 20. Accompanied by his band and a string quartet, Damon will present songs from his past including from album The Nearer the Fountain, More Pure the Stream Flows (out Nov 12).

• Bird On The Wire, an eight-piece collective of Irish musicians present their interpretation of The Leonard Cohen Songbook at the Union Chapel on Sept 23.

• Some more exciting gigs coming up at The Green Note: There’s a Californian double bill from The Crux bringing swing, klezmer and barnyard punk and epic folk songs and ballads from The Sam Chase Trio (Sept 10); Americana, folk-jazz and soulful rock from Jose McGill & The Vagaband (Sept 11); A full band show from Hannah Rose Platt, cited by some as the UK’s answer to Emmylou Harris with some dark storytelling vibes (Sept 12); and songwriter / troubadour Dan Whitehouse presenting his new album and  Ainsley Hamill (Sept 13).