Goalie saves his team from the spot 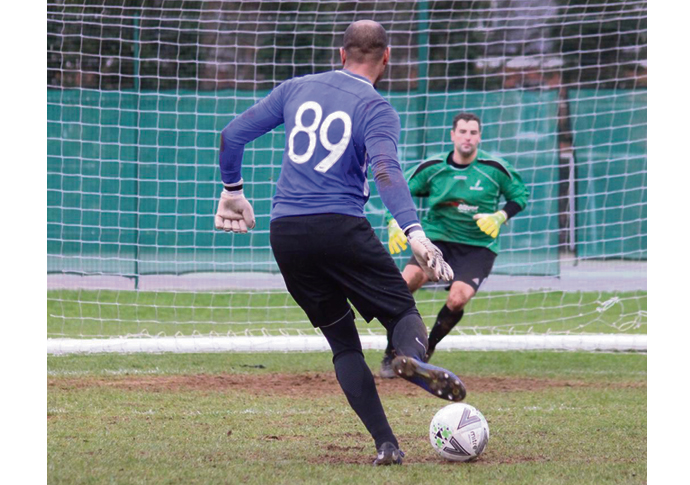 LIGHTNING struck twice on Sunday when goalkeeper Graham Loki saved a crucial penalty in a nail-biting shootout – and then stepped up to score the winner.

The shot-stopper showed cat-like reflexes as he dived to his right to palm away a penalty and give Highgate Albion Reserves the advantage in their Middlesex Junior Cup quarter-final clash against British Airways.

Not content with his flying save, however, the 30-year-old – who wears the number 89 on the back of his shirt to mark the year he was born – then nonchalantly side-footed home the decider to earn Albion a 4-3 shootout victory at St Aloysius Sports Ground in Highgate.

It’s not the first time that Loki, who lives in Holloway, has pulled off such a feat.

He also saved two spot kicks before scoring the winner in the penalties victory over rivals AFC Oakwood in the previous round of the Middlesex Junior Cup.

“The boys couldn’t finish the job in 90 minutes so they had to put the result in my hands – no pun intended,” joked Loki after his cup heroics.

Manager John Eager had plenty of praise for his “magnificent man-of-the-match” after seeing Albion book their place in the final four. 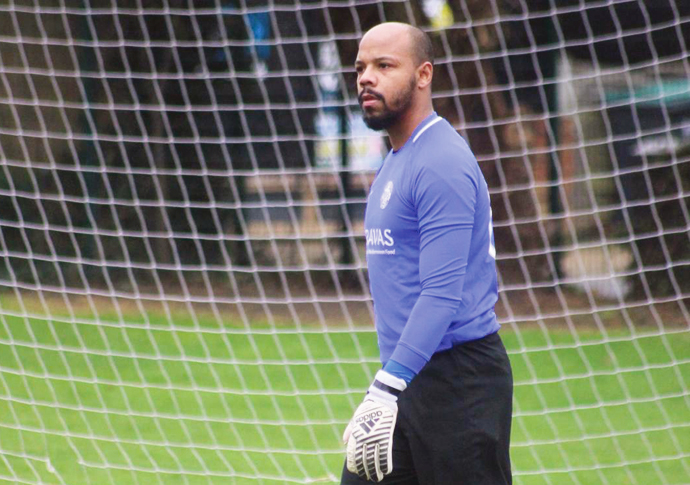 He said: “Loki made a wonderful save in the first half to keep the scores level, and then, when it came to the shootout, he stepped up again when it really mattered to send us through to the semi-finals. He’s a big-game player and always turns up when it matters most.”

Albion “spurned a host of good chances” in the first half of Sunday’s cup clash as the hosts from N6 struggled to get to grips with the difficult weather conditions. In fact, the best chance in the opening 45 minutes fell to British Airways, but Loki’s superb save kept the scores level.

The second half was an end-to-end thriller, with BA threatening from set-pieces while Albion looked dangerous on the counterattack.

Shane McNamara missed a glorious chance to win it for Albion when he raced the length of the pitch only to be thwarted by the goalkeeper. The visitors then squandered an even better chance when Daniel Glaude gave away a penalty, but, much to Albion’s relief, the striker put his effort wide of the mark.

In the end neither side managed to break the deadlock, and it was left to Lady Luck to settle the closely fought tie.

James Pavely, Jake King and Glaude all scored their penalties, before Loki, fresh from his spectacular spotkick save, stroked home the winner to earn Albion a 4-3 victory.

They will now host Grenfell Athletic in the semi-finals on Sunday, March 8.

Eager added: “We certainly didn’t produce our smoothest performance of the season against British Airways, and we made the game a lot harder for ourselves than it should have been, but we got there in the end.

“The important thing is that we got the result, and are now just one win away from a place in the final.”