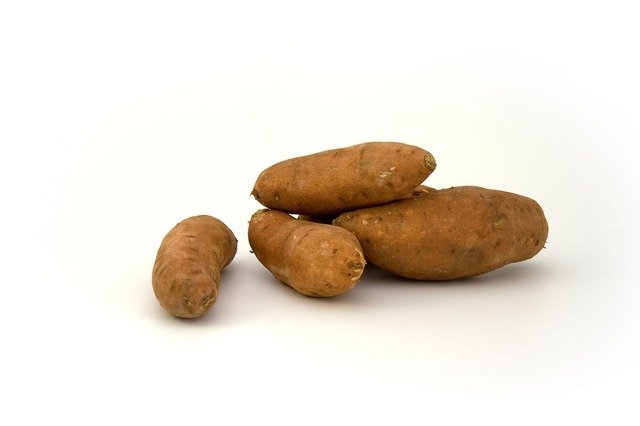 CATERING staff who helped put together free school meals for children at risk of going hungry during the coronavirus crisis are now relying on vouchers themselves after losing a fifth of their pay, union reps have warned.

School dinners contractors Caterlink have been warned that its workers were already on such a low rate that receiving only 80 per cent of their wages through the furlough system will leave them struggling to get by.

The reduction means staff will get just £8.50 per hour under the government’s job retention scheme. Caterlink and the council said it would not top up the rest of their pay, as schools remained closed to most pupils during the latest national lockdown.

Hugo Pierre, the Unison union’s schools convenor in Camden, said: “If you’re being furloughed, it’s supposed to be an agreement – not just being told. Staff feel like they are being treated like a piece of dirt. It’s an irony that during the first lockdown they helped put free school meals together for Camden, and now they’ll be using free school meal vouchers themselves.”

The difficulties faced by school dinner staff were exposed six years ago by a New Journal campaign to end poverty wages. Although the council flew a London Living Wage flag above the Town Hall, workers were not receiving the agreed rate.

In a heart-breaking deputation to councillors, one woman said she fed the borough’s children at lunchtime but then had only a sweet potato for her own children in the evening. After weeks of hard campaigning, Camden and Caterlink finally came to an agreement to lift the rates. 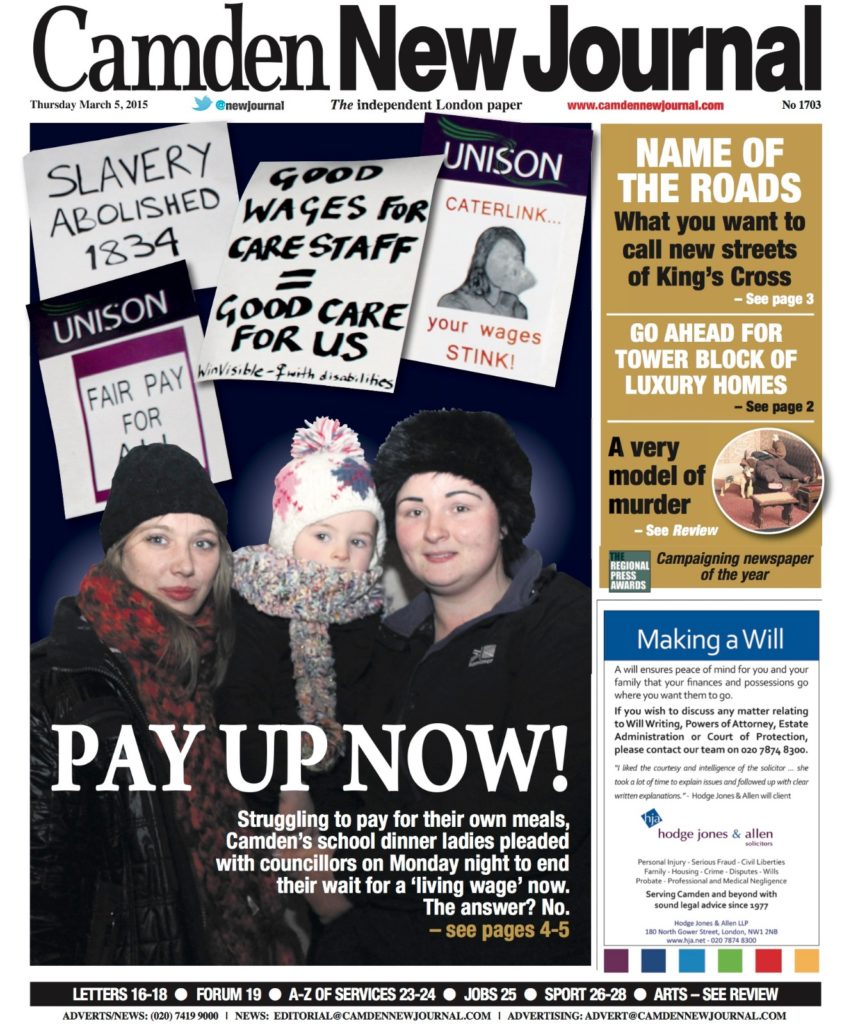 One Caterlink staff member and Unison rep said this week: “It’s just wrong. It’s an expensive time of the the year and there are people who are struggling to live already. For me there’s just my wages which support my family. I’m on Universal Credit as well, and I don’t know how that will work with furlough.

“The council have just put up the rents as well. “I can’t be the only one in this situation.”

Islington Council is topping up the pay, but Camden is instead offering staff redeployment positions in coronavirus testing centres and pandemic advice services.

Caterlink supplies councils across London, including Islington and further afield in Kent, and the last accounts filed at Companies House showed a £5m profit.

Managing director Neil Fuller said that as the company was paid per meal, it could no longer afford to top up the furlough payments.

A spokesperson for Camden Council said: “In normal times Caterlink staff provide a vitally important hot meals service to Camden schools – but these are far from normal times with the vast majority of Camden pupils currently learning from home. Due to the severity of the Covid-19 crisis, we are redeploying colleagues and partners into emergency frontline roles to help assist with dealing with the pandemic, including testing and vaccination.

“These include colleagues from all over the council, such as HR advisers, library and events and procurement and finance staff. We have invited Caterlink staff to be redeployed to assist with these efforts, at full pay and with opportunities for overtime.”