Former Decca Studios could be transformed into 300-pupil private school 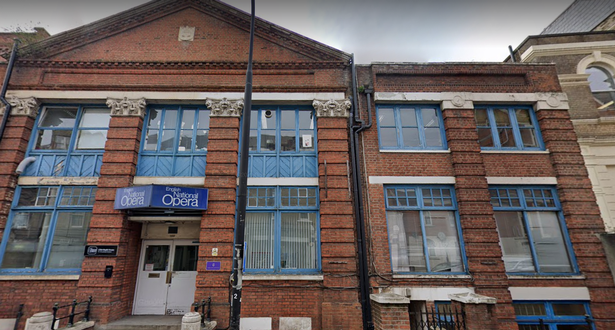 BOOMING demand for expensive private education in Camden has led to one school seeking to expand into the historic former Decca recording studios.

Its company Cognita Schools Ltd has submitted a “certificate of lawfulness” application to test if the council would approve using the listed four storey building.

It said: “There is a need to provide for more pupil places to meet demand, particularly year 9 to 11 and 12 and 13, and with the constraints on the existing sites, the best way to meet this demand is through the expansion of the school by finding an additional site, within the core market area for the school.

“The proposal is to transform the existing building into a new dedicated senior school and sixth form at the site for 300 pupils of 13 years to 18 years of age.”

Some residents have expressed concerns online about drop-off areas for teenagers and the school adding to the current “traffic nightmare” around West Hampstead.

The application from Cognita, a private equity firm that owns 85 schools in Europe, suggested the way the ENO had used the building over the past 40 years meant it was lawful to open a secondary school there.

While North Bridge House is seeing surging demand for places despite its £6850-a-term fees, the demand for state school places in Camden is at a historic low. Two primary schools have been shut because of a drop off in state-school children in Camden.

Earlier this year the ENO put the building up for sale triggering an application from conservationists for it to be listed to protect the recording studio infrastructure.

In August, Historic England confirmed it would add the site to its historic buildings register and gave it a Grade II listing.

Historic England said the building was “the earliest surviving commercial recording studio complex to be established in Britain” that played an important role in the D-Day landings.

It said in its report: “The wartime use of the studios is a particularly notable chapter in its history, with the work during this period giving rise to many subsequent post-war innovations.

“The ‘Navigator’ system, created by a Decca team led by the engineer Harvey Schwartz was a major development involving engineers at West Hampstead, this ultimately being deployed by the Admiralty as a means for locating and clearing mines ahead of the D-Day landings.”

The ENO said it was asking for the listing to be reviewed so that it only applies to the recording studios within the building.