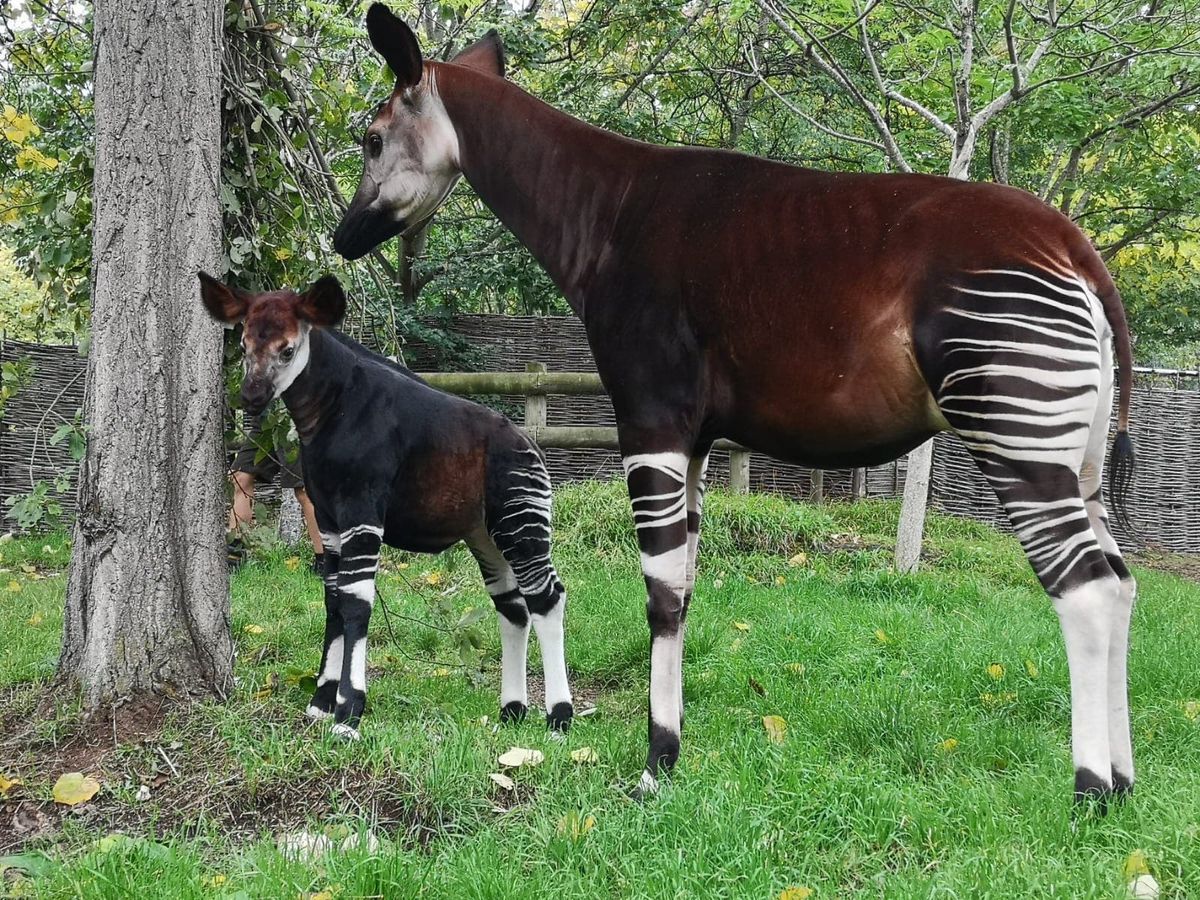 AN okapi calf has taken its first steps outside this week at ZSL London Zoo.

Three-week-old Ede spent the first few weeks of her life inside her cosy stables before venturing out this week to enjoy the Autumn air accompanied by her mother, Oni.

Keeper Gemma Metcalf said: “Oni usually ‘parks’ Ede in a safe spot while she goes out to forage and exercise: communicating through infrasound, okapis tell their calves to stay out and the little ones are so well behaved they do exactly as they’re told-something mums can only dream of!”

Okapis, a solitary and elusive species to the Democratic Republic of Congo, regularly leave their calves in a well-hidden spot as they roam for food, so as not to alert predators to their location.

Ms Metcalf added: “Oni clearly felt it was fine for Ede to start exploring, and she enjoyed trotting around the wide open-open space.”

According to the International Union of Conservation of Nature’s (IUCN) Red List of Threatened Species, the okapi is endangered. While it is not clear how many remain in the world, scientists estimate that populations may have been slashed in half over the past two decades.

World Okapi Day was celebrated last weekend on October 18, making the second half of the month the perfect time to visit Oni and her new born at ZSL London Zoo within the 36 acres of leafy, outdoor, wide-open space at the heart of Regent’s Park.

ZSL London Zoo was able to reopen its doors on tJune 15 after an unprecedented three months of closure due to the coronavirus lockdown. The loss of income has put the zoo under huge financial pressure as they continue to provide Oni and Ede as well as the rest of their animals with the highest level of care possible.