ENO's Orpheus and Eurydice – an opera for dance fans 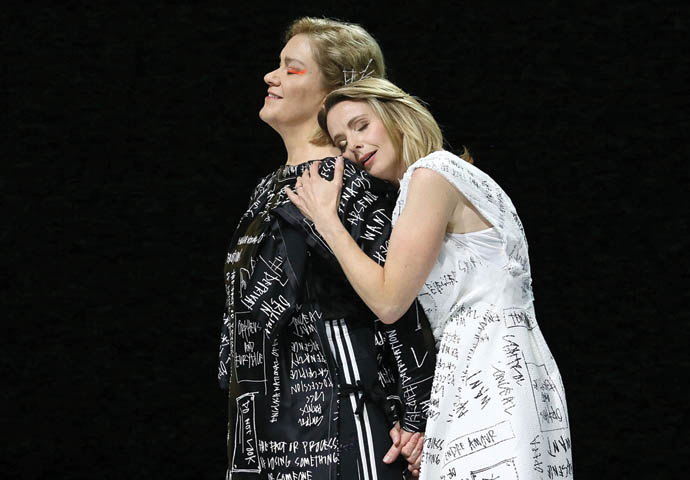 Gluck’s opera Orpheus and Eurydice was designed to feature dancing. Lots of it. And the new production that opens the new 2019-20 season at English National Opera is more a kinetic experience than a vocal one, directed by the choreographer Wayne MacGregor with his own dance company to the fore and the ENO chorus banished to offstage oblivion.

The dancers look good – no one could deny that – and their interactions interesting. But does MacGregor know how to direct the three (yes, there are only three) surviving singers on the stage? He doesn’t. So they wander without purpose round an almost empty set, looking lost, climbing onto the occasional chair for no good reason, and without doing anything very remarkable. Or engaging.

An added problem on the first night was that Alice Coote, the starry mezzo in the trouser role of Orpheus, was ailing: sometimes the voice was there, but sometimes not. And the result was an underwhelming show, despite the best efforts of conductor Harry Bickett and some lurid costume designs.

If you’re a contemporary dance fan, see it. If not, wait for the other operas coming up in an autumn ENO schedule devoted to the Orphic legend and hope they’ll be better. There’s Offenbach’s Orpheus in the Underworld running through Oct-Nov. And for those with higher thresholds of endurance, Birtwistle’s Mask of Orpheus opens Oct 18.