End of an era as Camden Town market finally closes down

Traders have farewell drink in nearby pub 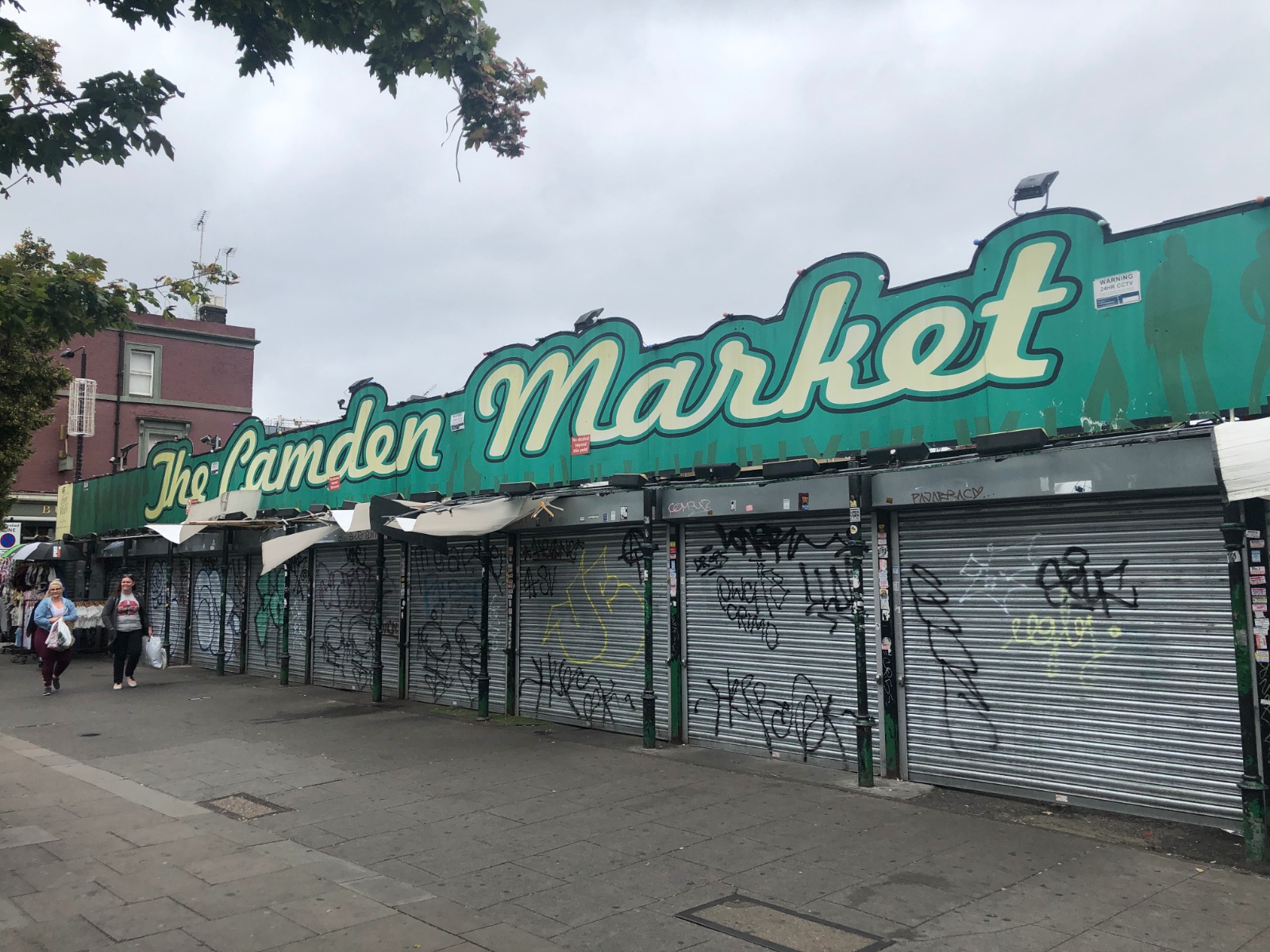 BUCK Street Market finally closed last Thursday after more than three decades of trading – and will reopen in the new year after being redeveloped into a sea container complex of new units.

The site in Camden High Street – the first market greeting visitors arriving in Camden Town by tube – has been threatened with closure for years amid plans to upgrade the congested underground station.

Owner Market Tech – which also owns The Stables, Camden Lock and Hawley Wharf markets – had previously applied for planning permission to build a four-storey block with a hotel and ground-floor, market-style trading area. 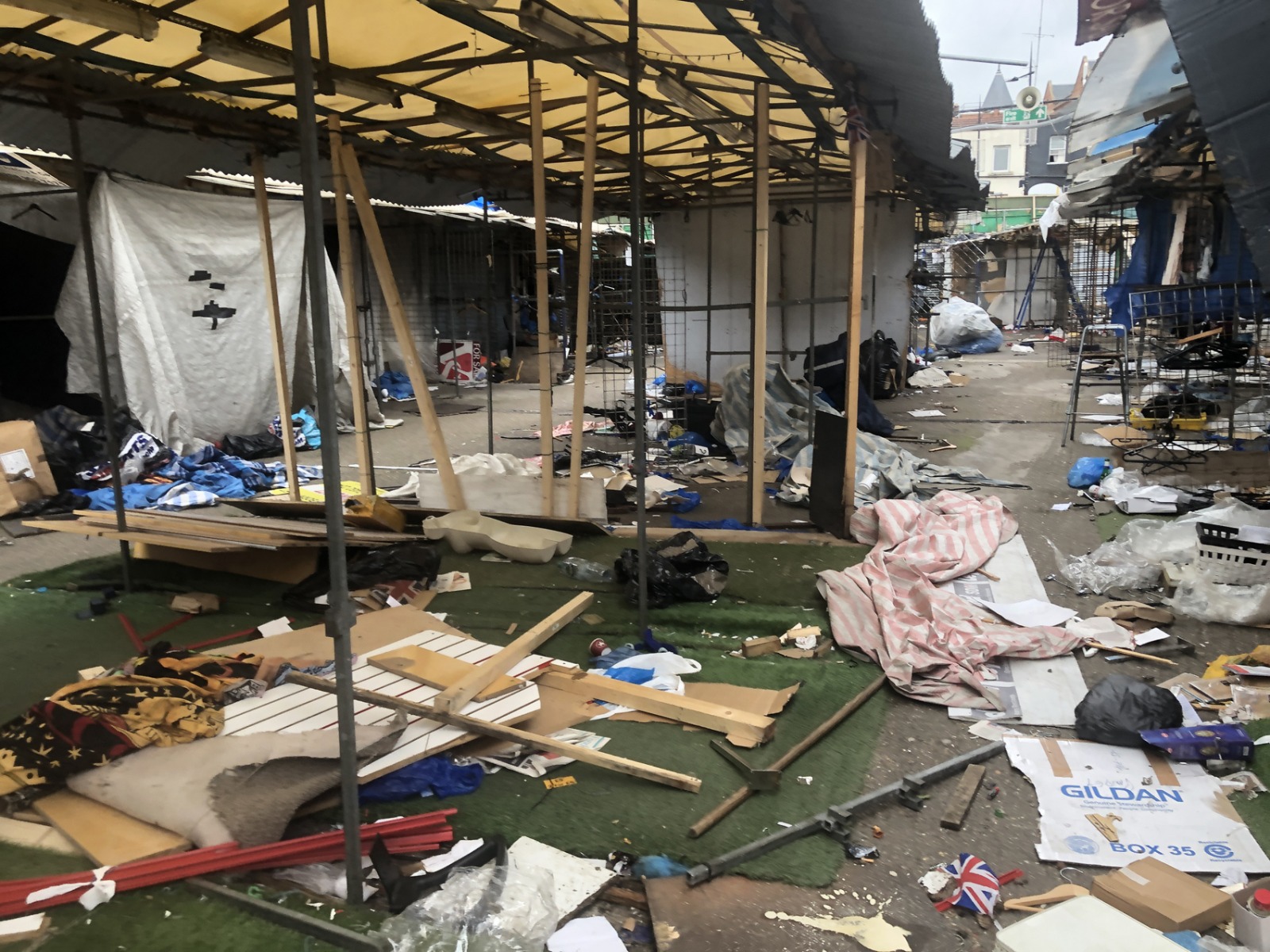 But its plans have been frozen while Transport for London looks to create a new tube entrance in Buck Street.

This could take at least 10 years, prompting the Buck Street owner to design a new, temporary market using recycled shipping containers, which will not need foundations dug.

Market stallholders held a goodbye party at the Buck’s Head pub on Saturday, with many telling the New Journal they would not now reopen elsewhere in Camden Town.

One, who did not wish to be named, said of the closure: “I have been working here for 23 years and to be honest I now feel quite ecstatic about it. It is the end of an era. We have known it was coming for so long we feel almost a sense of relief that at least we have some certainty.”

Last year, traders were told they had a matter of weeks until the market closed for good – but were later given a stay of execution as Market Tech delayed its plans. In the spring, it was announced that work would start this summer – but it was further delayed, until last Thursday when traders were told to pack up and leave.

The site is now empty, bar some fixtures, fittings and discarded products. Builders are clearing the last vestiges of the market.

Another trader, Tom Dalton, hoped Market Tech would “fall flat on their faces”, criticising the firm for “only being interested in profits and not the livelihoods of the people who have made Camden Town a destination”.

He added: “They offered us spaces in the basement area at The Stables but want silly money for it. It’s horrible there with no footfall. Most of us have said ‘No thanks’ – I think two people from around 80 have said yes.”

Others have been offered empty shopfronts on the high street – but even with rents similar to Buck Street, traders say they will be too high to make a living. 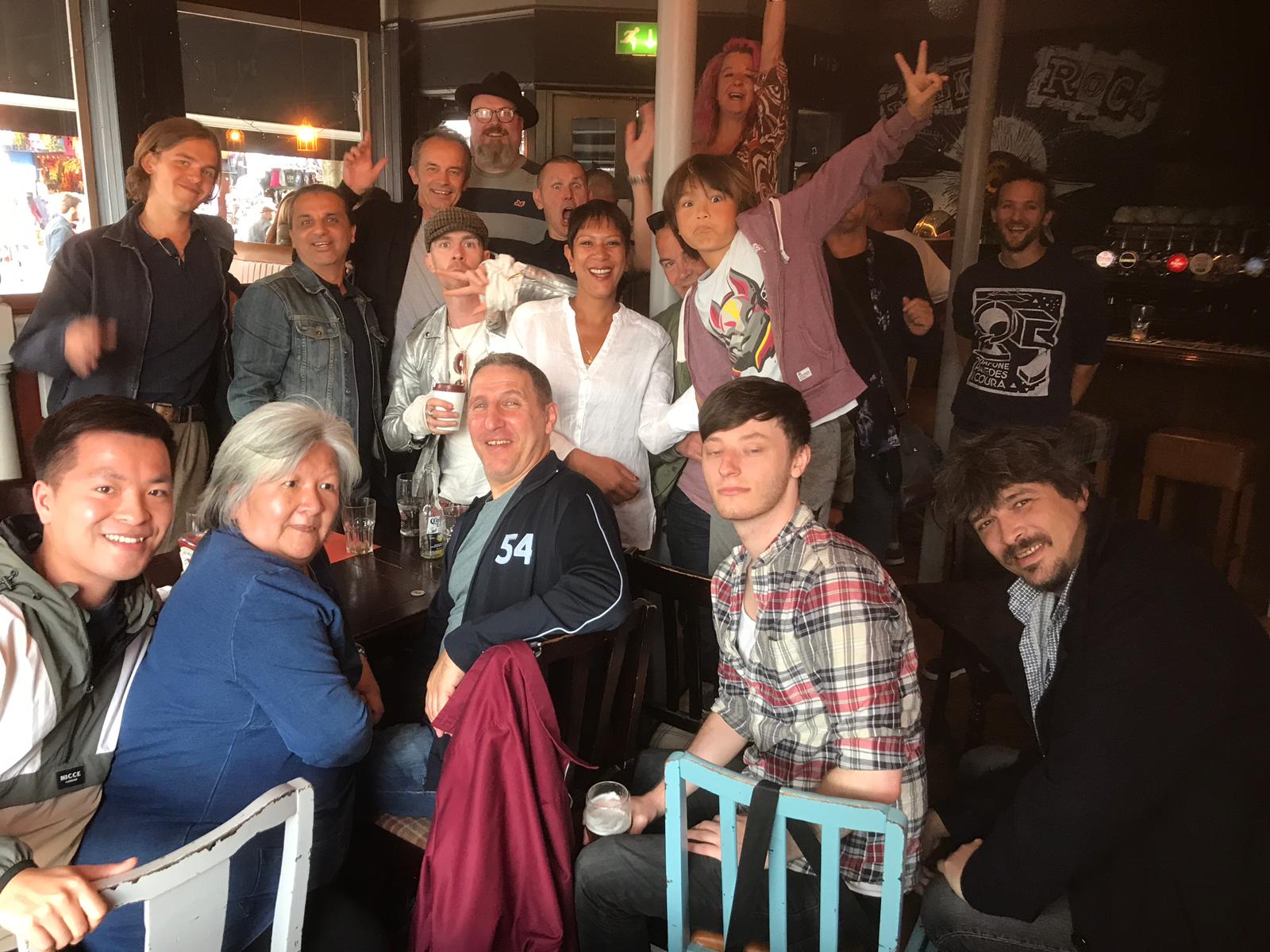 Traders have a leaving party in the Buck’s Head pub

“They offered us space but they haven’t factored in things like business rates. Being a market trader meant we had low overheads to cover,” said Mr Dalton. “Running a shop is entirely different.”

Another stallholder who had been offered the chance to return to Buck Street when building work was finished said: “The units look to be smaller than what I had before. We believe the idea is they will rent them out fairly cheaply at first to see how traders bed in, and then rents will rise as business picks up. I haven’t decided yet what I will do.”

A Market Tech spokesman said: “Buck Street Market is set to be a brand new destination, bringing a vibrant, sustainable and intuitive proposition to Camden for residents, workers and tourists. All traders selling a quality, varied product have been offered relocation while construction takes place and a new unit in the redeveloped market. In addition to this, Labtech [the parent company] is investing in all fit-out costs, so that the scheme is affordable for small, local businesses.”

Some 20 per cent of traders would be relocated to Camden Market during the work and half would be returning to Buck Street when it opens in January next year, the spokesman added.

“The additional units will be taken by a mixture of small Camden Market tenants looking to grow their business and external traders who fit the new sustainable vision for Buck Street Market,” he said.