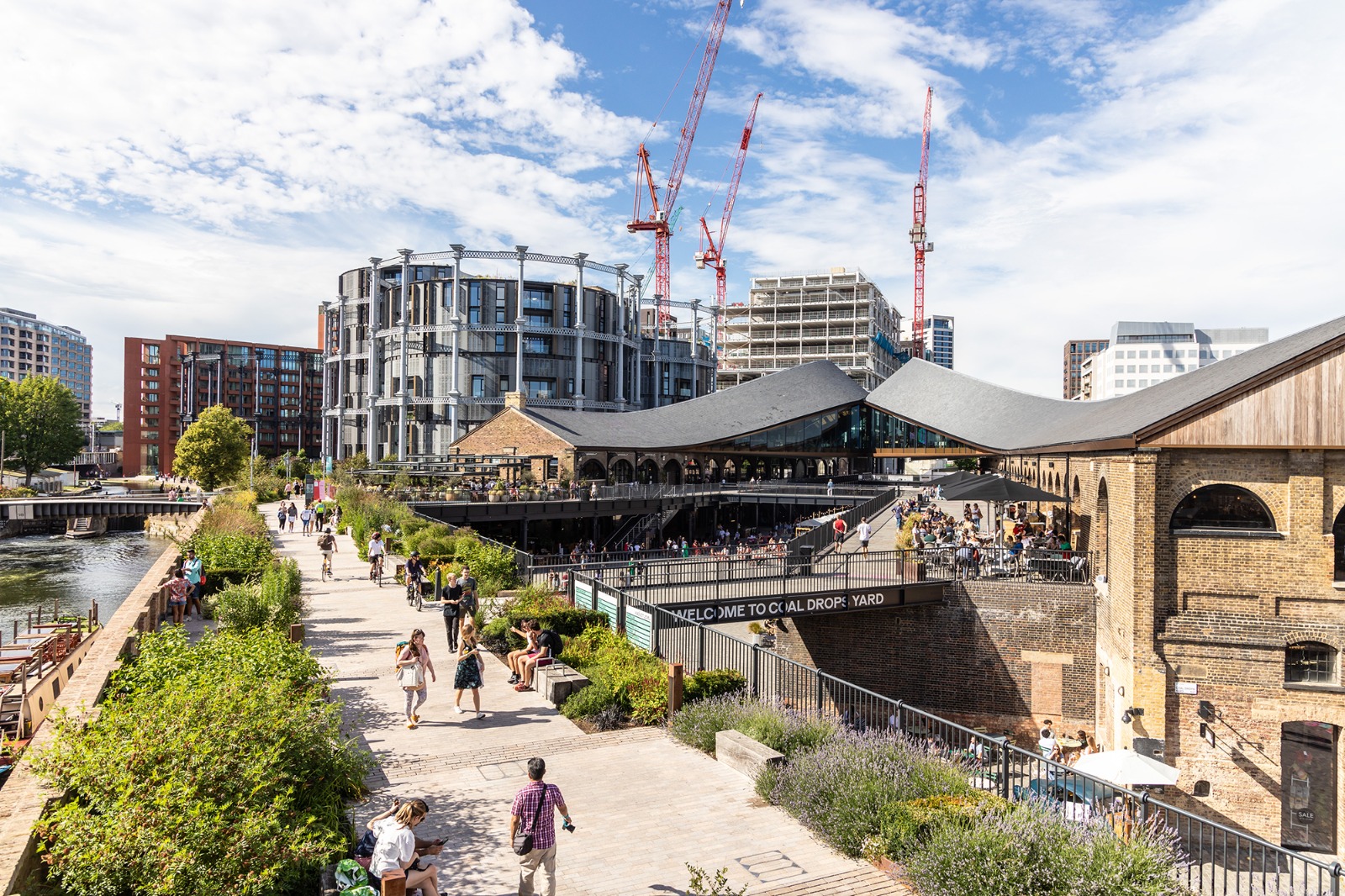 The transformation of the railwaylands

FROM using the waste from cows to power gas boilers to funding a solar farm, the developers behind King’s Cross regeneration say they have made their billion-pound scheme carbon neutral.

Argent, who transformed the 67-acre site on the former railway lands, were informed by green energy researchers that their scheme has hit the magic target.

Now chief executive Robert Evans has revealed the plans to ensure the estate hits a net zero target –which means the ongoing running of buildings produces no carbon emissions.

Mr Evans told the New Journal: “We are doing a number of things to maintain carbon neutrality and we have set ourselves a hard target of net zero. We have a particular responsibility. When you have an estate like this, you can do things at a scale – and it puts the onus on us.

“Not everyone has the opportunities we have had. We are still using a lot of energy, but it is all from renewables and we have been offsetting by funding other projects.”

This includes a project in Kenya to provide cooking stoves and a wind farm in Outer Mongolia. In King’s Cross, the development has its own energy plant powered by renewables.

He said: “We are funding a solar farm in southern England, and have signed terms to buy everything they produce.”

Instead of using fossil fuels, Argent has also struck a deal to buy the entire output of a Scottish gas producer which uses an aerobic digestive system to turn animal waste into gas. Mr Evans added with some areas yet to be finished, they kept a careful watch on materials and methods used.

He said: “You cannot build completely carbon free. There is just not the technology available at the moment – you couldn’t build eight, nine storeys using a timber frame, for example.”

To tackle this, Argent are turning to trees.

He said: “We have bought 338 hectares to plant 600,000 broadleaf and pine trees and create new forests. To put the size into context, the whole of the King’s Cross project covers about 24 hectares.”

Around half of the forests will offset the new buildings, while the rest will help offset future emissions.

He said: “I like to think we are at a good base camp now and we can push on to reach net zero, over and above what we are doing already. This not just about altruism or simply doing the right thing, though of course that is key.

“I also believe, from an inves­tment point of view, this will make a real difference to the value of the buildings. In the coming years your environmental impact will be crucial to value – so it is also simply good business.”