Eco 2022: Are you buying stuff to use only once? Head to the library 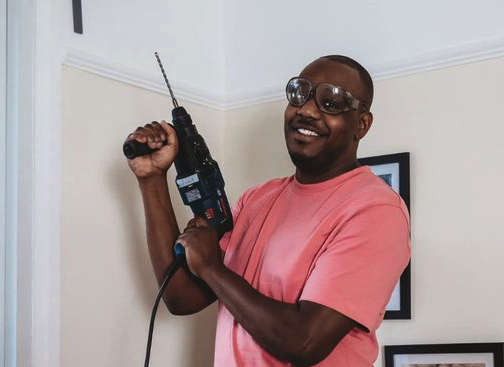 AN ice cream maker, a pressure washer and a projector are all for rent in Camden’s new Library of Things.

Opened in September, the scheme allows residents to rent items they need at an affordable price, from a kiosk in the Kentish Town Library.

The scheme is designed to reduce waste and stop items going to landfill, while helping people save money and space.

According to the Library of Things, 80 per cent of household items are used less than once a month. Community facilitator Joe Duggan said: “The classic example is a cordless drill, each drill that’s bought is used on average for only 15 minutes.

But people still have them sitting in their drawers – there’s all this stuff that’s being created that’s not necessary.

“Things should be shared by people as a resource, rather than everybody having one of everything.”

There are currently Library of Things in seven London neighbour­hoods.

So far, they have saved 40 tonnes of waste going to landfill and 88 tonnes of emissions.

In the two months the Kentish Town kiosk has been open, items have been borrowed more than 200 times.

The most popular items have been the carpet cleaner, the steam cleaner and the cordless drill.

All of the items are available to rent for under £20 per day, with the majority costing less than £10 per day. There is also a 25 per cent discount for anyone who thinks they need it.

Mr Duggan said: “The emphasis is on affordability, everything is as cheap as possible.”

The items are bought new by the company or are donated new by the producers.

Mr Duggan said: “We want to offer really high quality items, because if people have a good borrowing experience, then it becomes a lifestyle change.”

Camden Council and Think & Do Camden have partnered with the scheme and in the next few years, the team is hoping there will be hundreds across the country.