Echoes of the past

In Black History Month, Angela Cobbinah talks to author Kevin Le Gendre about the importance and influence of black music in Britain 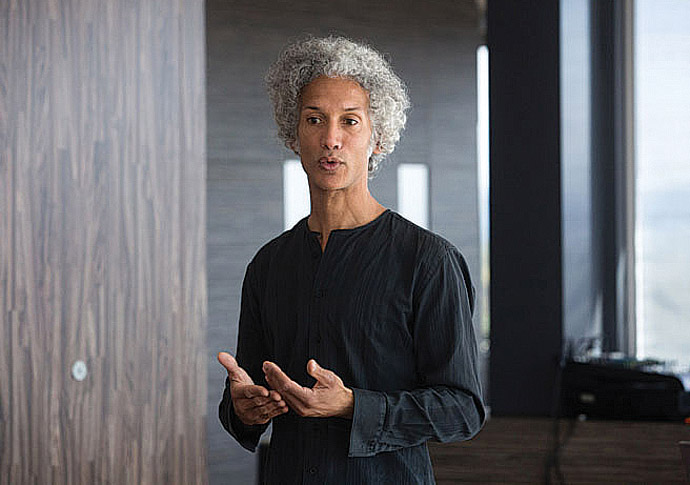 FOR Kevin Le Gendre, the lilting sound of the steel pan is symbolic of how black music has embedded itself into UK culture, coming all the way from Trinidad, where it was invented in the 1930s, to a shopping mall and high street near you, not to mention its annual showcasing at the Notting Hill Carnival.

It is part of the odyssey of sound brought to life in his meticulously researched book Don’t Stop the Carnival, an epic story that begins, speculatively at least, in AD43 when Africans formed part of the Roman army conquering Britain, but definitely gets under way in Tudor times with evidence of court musicians like John Blanke, then onwards down the centuries to the 1960s when exiled South African musicians introduced their rich vein of jazz into Soho nightclubs.

In between are the many different genres of music and their purveyors, both the well known like honky tonk pianist Winifred Atwell, who had a series of hit singles in the 1950s, and the long forgotten like 18th-century busker Joseph Johnson. Then there were the brilliant performers who lacked a high profile on vinyl. The Jamaican-born calypso jazzer Andy Hamilton was huge on the Birmingham club scene from the 1950s, but he only recorded his first album in 1988 when he was 73.

The use of black musicians in the military forms a clear thread down the centuries, as evidenced by a number of visual sign posts, among them William Hogarth’s 1745 painting Captain Graham in his Cabin depicting a black boy playing a kettle drum on a British war vessel. The army or navy represented relative security and the opportunity to travel to the metropole. Billy Waters, the peg-leg fiddler who busked outside the Adelphi Theatre in Georgian London was able to supplement his earnings with a military pension, while Leslie Thompson and Frank Holder were among a whole host of West Indian musicians who ended up in the jazz hothouse of post-war London following a stint in the services. 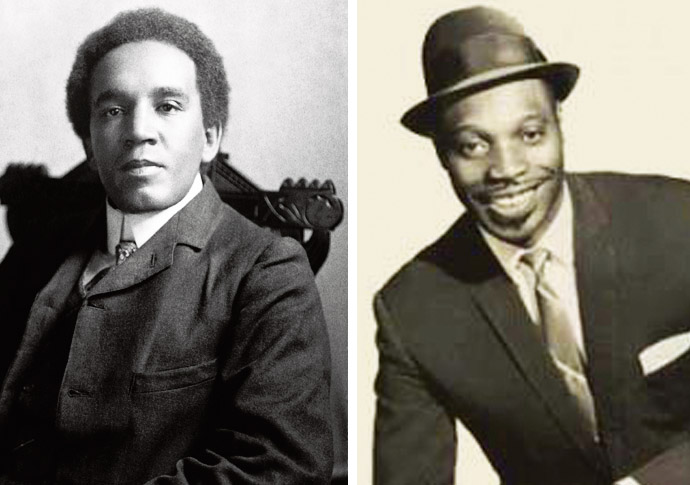 Black music crops up in the most unexpected places. Trinidadian singer and actor Edric Connor was a key figure in post-war BBC broadcasting before appearing in John Houston’s 1956 film Moby Dick as one of the crew singing the Jamaican folk song Hill an’ Gully Rider.

“Connor took it to Houston and suggested that it be included,” Le Gendre, a regular commentator on jazz on BBC Radio 3, explains. “So you end up in a major Hollywood film and make the most of your opportunity by exposing West Indian culture to millions of people. That is what you call real cultural activism.”

There have been other histories of black music, but none going so far back in time, and Le Gendre offers a wider sociological and political perspective that is informed by the seismic events of slavery, colonialism and migration. On the one hand, they generated a dynamic cross fertilisation of music but on the other gave rise to the sort of pervasive racism that even famous musicians like Regency violinist George Bridgetower and singer Paul Robeson had to put up with.

“The spirit of the book is to show the huge contribution black people have made to music,” he tells me. “My objective is to make a case for the brilliance of the music. But there is no way the story of black music can be told without recognising its context of racial discrimination. That is why the book is very political in places because you are talking about the lives of these musicians and what they had to endure.” 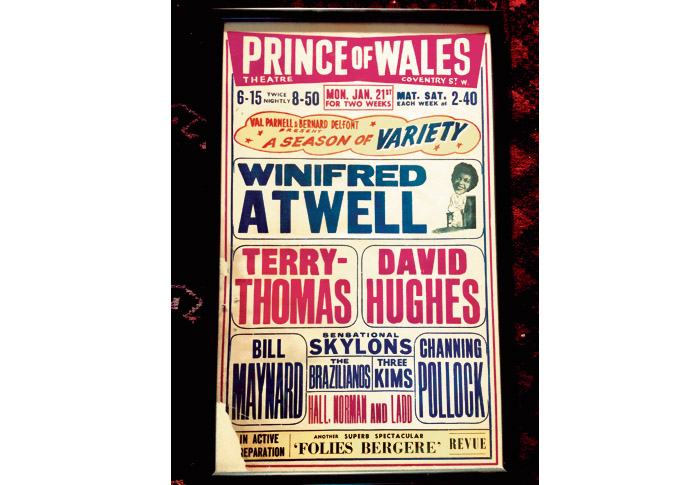 Although most associated with jazz, Le Gendre has been writing about black music in general for almost three decades and is now the deputy editor of the monthly magazine Echoes. The book took three and a half years to research, with many hours spent hunched over a desk at the National Sound Archives and British Library, but its genesis has been long in the making.

“I really wanted to write this book and I started writing it informally years before,” says Le Gendre, who lives in Tottenham.

“The idea formed in my mind 10 or 12 years ago but I knew that to make it really comprehensive I had to go back beyond the 1970s. So I went deeper and deeper and before I knew it I was in the Middle Ages. I didn’t expect to go that far back and what I discovered was pretty mesmerising.”

Le Gendre writes elegantly and certainly knows his music, offering impressive technical analysis of the style and output of individual musicians, spending practically two pages examining the structure of Lord Kitchener’s 2.40-minute gem, London is the Place For Me.

“Music like this is important and deserves to be talked about in detail,” he says before surprising me by declaring, “I didn’t study music formally. I have been listening to music all of my life having been exposed to it from a young age by my parents. They came from Trinidad and played soca and calypso until they wore the record out, as well as soul and jazz.

“I was one of those kids who listened to records over and over again. I started writing for Echoes in 1997 – it was a fantastic opportunity to listen to different kinds of music and meet different musicians. Over the years I have become more and more interested in form and content and how you make music. I also play a little myself so this feeds into it.”

Deeply committed to bringing black music to the cultural mainstream, he is gearing up to write part two of his history, taking us up to the present day. As for the sort of music he enjoys, he doesn’t have a favourite form. “I even like some pop and rock,” he laughs. “It’s all about the quality of the voice and the melody.

“The musician always comes before the genre and it doesn’t really matter whether they are black or white. As much as I like jazz, I don’t believe there is a musical hierarchy.”

Exhibition Forward to Freedom. Learn the story of the British Anti-Apartheid Movement with activists who were directly involved in the struggle. Hackney Archives, CLR James Library, Dalston Square, E8 3BQ. 6pm-8pm. Free but book via www.eventbrite.co.uk
Film A United Kingdom (Cert 12a) The true story of Seretse Khama of Botswana and how his marriage to a British white woman, Ruth Williams, pits him against the British and South African governments. Business Lounge, Wood Green Library, High Road, N22 6XD. 5pm. Free, no booking required. Ages 16+

Books Meet the Author Alex Wheatle. The author of thrilling teenage books, including Brixton Rock and East of Acre Lane, discusses his life and how it has influenced his writing. Dulwich Library, 368 Lordship Lane, SE22 8NB.
6pm-7pm. Tickets free but book via www.eventbrite.co.uk For ages 15+

Museum Friday Night at the Museum: The Glory of Africa. Tour the British Museum’s Africa collections with experts from Afristoricals. The British Museum, Great Russell St, WC1B 3DG. 6.30pm-8pm. Meet at the back of the museum, Montague Place entrance, at 6pm, Tickets £10 via www.eventbrite.co.uk
Under-16s free

Film Selma (Cert 12). Story based on the Selma to Montgomery marches of 1965 which led to the passing of the Voting Rights Act. Highgate Library,
1 Shepherd’s Hill N6 5QJ.2pm-4pm. Seats limited so booking is essential, please contact 020 8489 4560. Venue not wheelchair accessible