Dolphin duo are on a roll 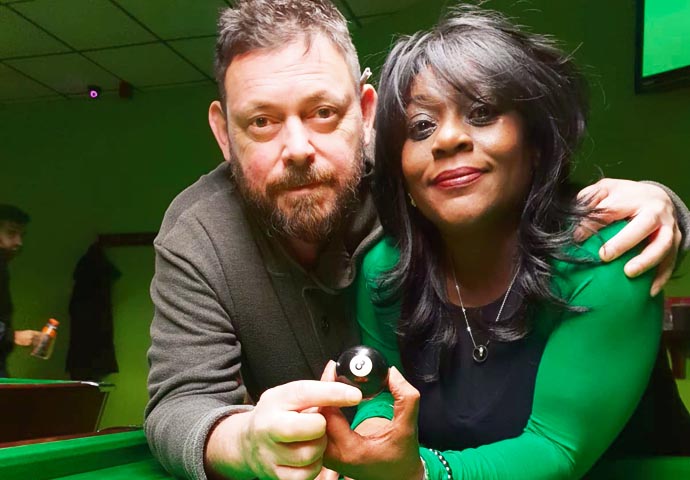 THE Dolphin duo Justin McCarthy and Joanne Thompson stood out in a sea of talented pool players on Monday night as a record number of contenders sought to land one of the biggest catches in the Chalk Farm Pool League.

Sixty-four players took to the tables in the Doubles Championships at the Hurricane Room in King’s Cross and Cousins Snooker Club in Holloway to compete in the opening two rounds of the elusive competition.

Competing in best-of-three-frames showdowns, Justin and Joanne, who play out of the Dolphin pub close to the Hurricane Room, were cool as cucumbers as they dispatched Green Man’s Tracy Gray and Kemi Wilkinson 2-0 in their opening match. Buoyed by the win, they then sailed into the last 16 of the competition after chalking up a 2-1 win over Peckwater Playboys pairing Jason King and Steve Touhey.

The doubles tournament will resume in the new year, and league chairman Shaun Pollard says the prize is very much up for grabs.

He added: “Justin and Joanne proved that if you bring your A game to the table, and keep your composure, then rankings go out of the window.

“They play in Division Three for The Dolphin, and yet managed to beat the team from Division One side Peckwater Playboys. On paper that shouldn’t have happened, but it just proves that pool is never predictable.”