Do we need another office block? Row over new tower plan 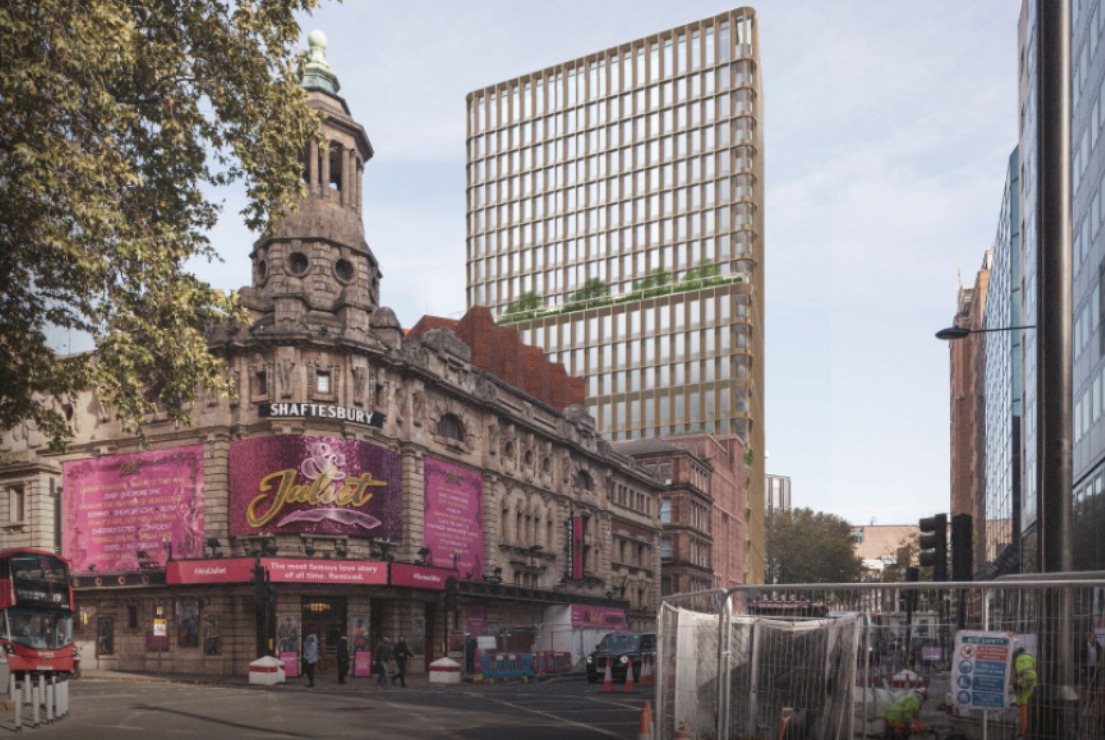 How the new building will look

OPPONENTS of a new tower block of offices in Holborn say its not needed in the area. Labtech, a company which owns swathes of real estate across Camden and the West End, plan to turn the empty Selkirk House in Museum Street – home to a former Travelodge hotel – into “flexible office space”.

The current plan is to demolish the structure and build a taller, modern building which will be at least 21 storeys high.

People living nearby, however, say there is no business case for more office space, that the amount of affordable housing in the redevelopment is inadequate and that the construction will be detrimental to neighbouring residents.

Polly Stephens said: “I live in a council building where we are surrounded on every single side by an ever-increasing number of tall office buildings that have been mostly empty for years, even before the pandemic. It’s an important building that has stood empty for years, so of course we want something done with it.

“But to build an even taller one in its place for yet another high-rise office building when there is such a massive housing shortage in Camden and across London – well, everyone is just up in arms about it.”

She added: “No one thinks this is a good idea, in fact it’s awful. It will impact loads of listed buildings, block out the light to nearby residents, and in the end it’s unlikely it will deliver anything for the people who live here.”

Patsy Prince, treasurer of the Bloomsbury Association who lives opposite, said: “The main thing is the height of this thing. It’s going to dominate the skyline and will be a monstrosity visible across London and not at all in keeping with the heritage area.”

She added: “We just want the council to get some balls and actually hold developers to account.”

Jim Monahan, an architect who lives locally, said: “To propose more office space when we are surrounded by so many empty office blocks is irresponsible.”

Holborn and St Pancras MP Sir Keir Starmer’s office said it has been contacted by a number of residents and are looking into the case.

Co-leader of the Green Party and Camden councillor Sian Berry said: “The centre of London needs more homes not office blocks, there are growing campaigner calls for refurbishment to be used to cut construction waste, embodied carbon and pollution in planning laws. This plan needs to be sent back to the drawing board for a major rethink.”

Camden Council said a full application for planning consent had yet to be filed.

Asked if more office space was needed, a Labtech spokesperson said the company was confident the market would recover after the coronavirus pandemic.

“One Museum Street has been designed to ensure that the building is resilient to future uncertainty, incorporating four sizes of floor plate, each subdivisible and interconnectable so that it can easily be adapted for a variety of uses,” they said.

“We believe that our proposals are significantly different to other office buildings in the area, with a bespoke office-led design and affordable workspace suitable for start-ups and small businesses.”

It added that the design of the building would make a “positive addition to the area’ and 25 new homes would be created as part of the works – 40 percent of which would be marked “affordable”.