Cup finally! Wait for trophy is over as Auld Shillelagh win delayed fixture 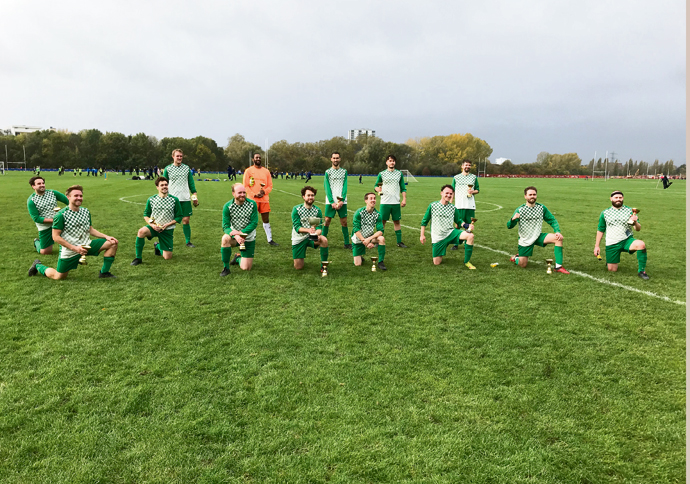 THIS is what a cup-winning football club looks like in 2020.

The Auld Shillelagh FC players were all spaced out with their silverware as they observed social-distancing measures at the weekend after winning the Camden Sunday League Challenge Cup for the second season in a row.

They beat Enate United 4-2 at Hackney Marshes thanks to goals from Seamus Dooney, Adam Clarke and a brace from Nick Brice.

The showdown was originally pencilled in for the spring before being postponed due to the coronavirus outbreak. 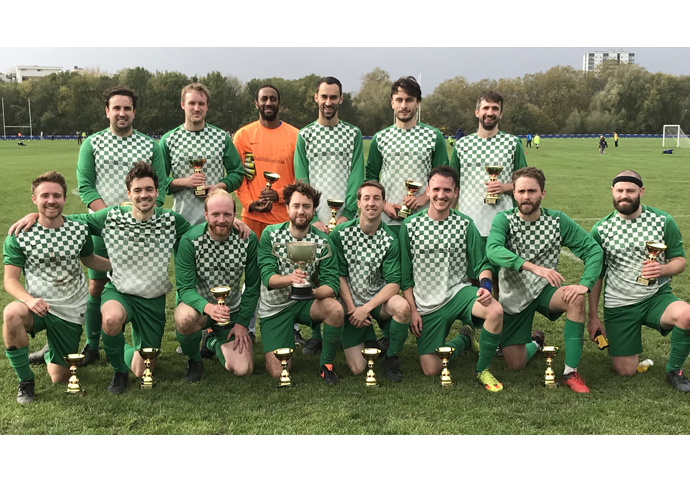 Having finally got to play the big match, player-manager Nathan Bonnar said: ”It’s fantastic to win the Challenge Cup for a second year in a row.

“The Camden Sunday Football League has become more and more competitive over the years so we are delighted to hold on to the big cup, especially as we’ve been waiting over six months to play the final.”