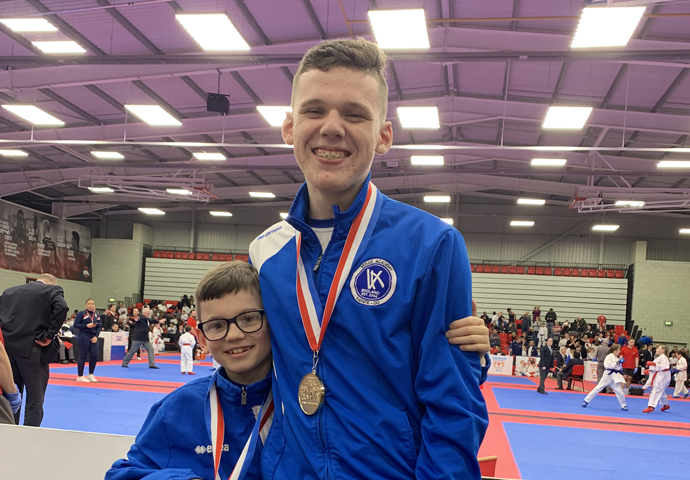 A TEAM of karate kids from across Camden and Islington flexed their martial arts muscles to help their club rank amongst the very best in the country.

A 20-strong squad from the Veras Academy returned from the English Karate Federation Kyu Grade Championships in Leicester boasting four gold medals, four silver medals and 10 bronze medals. The mighty haul saw the club, which is based at the Ringcross Community Centre in Holloway, climb to seventh place in the England rankings.

The highlight of the competition, which was held in January, saw para-athletes Harry Elves, 15, and George Gentili-Walsh, 9, strike gold in their respective disability kata categories.

Sensei Raphael Veras said he was delighted with all the effort his super squad displayed.

“To see each of my karate-kas compete at the nation’s most important competition and bring home medals is overwhelming. I am extremely proud of everyone of them,” he added.

“The English KYU grades is a stepping stone for anyone wanting to eventually compete for the English Karate Federation and represent their country.

“The Veras Academy kids have proved that they are amongst the best in England. This is what they work so hard for.”