Central in the frame for grand finals 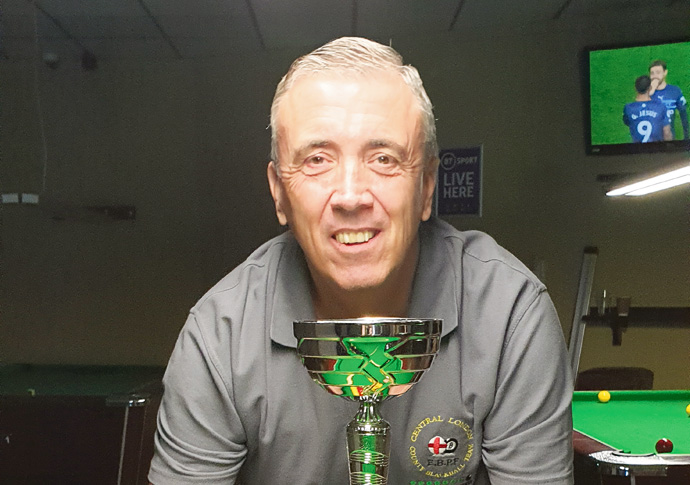 THE capital’s top potters have set their sights on returning to Somerset in the summer after finally getting back on the green baize on Sunday.

No fewer than six squads representing Central London took to the tables at the Hurricane Room in King’s Cross for their opening fixtures in the Eastern region of the Blackball County Pool League. They are all hoping to make the grade for the national finals, which will take place in the seaside town of Burnham-on-Sea in 2022.

Astonishingly, the 2018/19 finals only took place in October after twice being postponed – once because of “unforeseen circumstances” affecting the Brean Sands venue where they were due to be played, and then again because of the pandemic.

Among the standout performers for Central London’s masters (over-50s) team was Highgate’s Kieran Tunney, who chalked up 26 wins from 29 matches, only losing three times.

As a result Kieran, who plays at club level for Maddens Misfits in the Chalk Farm Pool League, was ranked the top masters player of the 2018/19 season.

He was back potting the black in style on Sunday as he won two of his four matches in King’s Cross to help Central London steamroll Sussex 19-6. Central London men’s “A” team were officially twice as good as Sussex as they won 24-12, while the men’s “B” team produced “a spectacular comeback” as they won eight of the last nine frames to draw 18-18 in their match, also against Sussex.

Meanwhile, there were mixed fortunes for Central London against East London, with the men’s “C” team winning 21-15, while the men’s seniors (over-40s) lost 19-9 and the ladies’ team were beaten 21-7.

He said: “I think we have the strength in depth now to go further than the quarter-final stage, which is how far we got last time out. Among Sunday’s ­encouraging performances was Tony Stevens, who made his debut for our masters team and marked the occasion by recording four wins out of four.

“We’re away to Kent in two weeks’ time [December 12] and, while it will be a tough fixture, we’re going there full of confidence.”