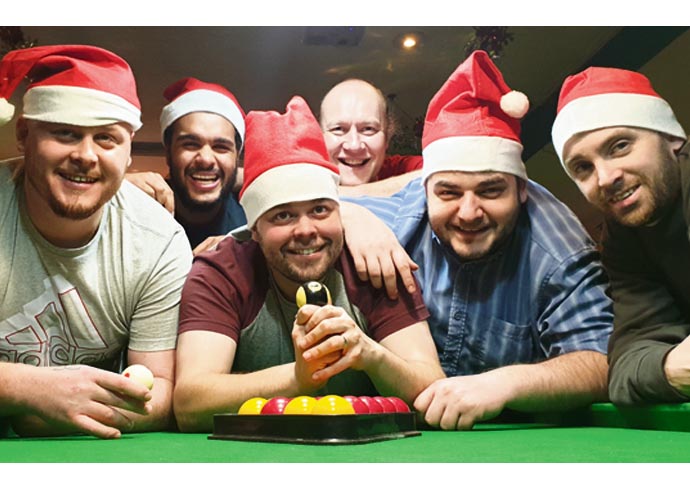 BOSTON Arms narrowly missed out on the pool present they wanted most of all this Christmas – taking over from title rivals King’s Cross Hurricanes at the top of the tree.

But they will still go into the new year full of festive cheer after ending 2019 just one point off the pace in Division One of the Chalk Farm Pool League.

That’s after they chalked up a convincing 6-3 victory over The Constitution in their final match on Monday night before a brief winter break.

As soon as the match at the Boston Arms pub in Tufnell Park had finished, players were desperate to know what had happened to the Hurricanes. But the league leaders survived a tough battle on the green baize to beat counterparts King’s Cross Hawks 5-4 and hold on to top spot going into 2020.

League chairman Shaun Pollard, who saw first-hand how clinical Boston Arms are as part of the losing Constitution team, said he expects the title challenge to go right down to the wire.

He added: “With the consistency that both Hurricanes and Boston Arms are showing, the championship might not be settled until the final day of the season.

“Despite losing their final game of the year, third-placed Hawks are also still very much in the mix. Bring on 2020.”