But what can really be done to stop this happening? 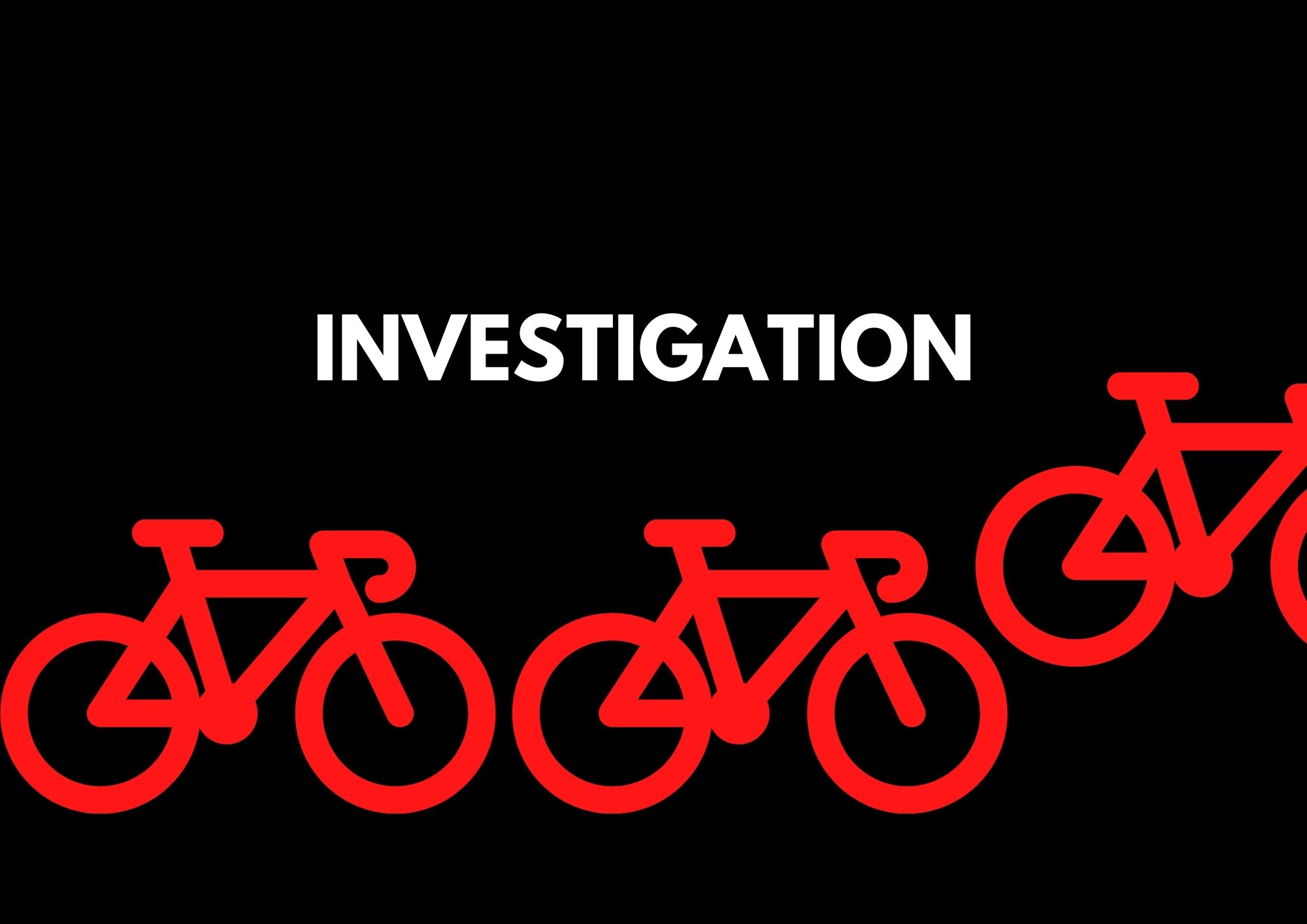 CYCLISTS are having to do DIY – and potentially dangerous – detective work to get their stolen bikes back in the face of industrial-scale thefts.

In a dramatic 48-hour turnaround, the New Journal tracked down a bike stolen from one of our reporters – and then confronted an online seller trying to get a quick £300 for it.

Police had shown little enthusiasm for trying to find it or catch the thieves when the journalist reported how their bicycle had been taken from a lock-up point in Royal College Street, Camden Town, last Wednesday.

Despite having a lock which is marketed as the strongest available, quick-moving thieves were still able to cut through it in what looked like a single clean slice. The sawn-up lock was all that was left when the reporter returned ready to cycle home. On average, five bikes are stolen in Camden every day, but these are only the ones that are reported to police. Other owners despair at their chances of ever seeing them again and do not even bother.

Less than 24 hours after the theft, our reporter found a Facebook marketplace seller in Thurrock offering a bike which looked suspiciously like the one that had been taken, and so arranged to meet him at Victoria station at6pm on Friday evening.

The pictures and timing seemed to match perfectly, and the seller – asking for a quick sale – had appeared to have sold dozens of bikes in a short period of time over the social media site. 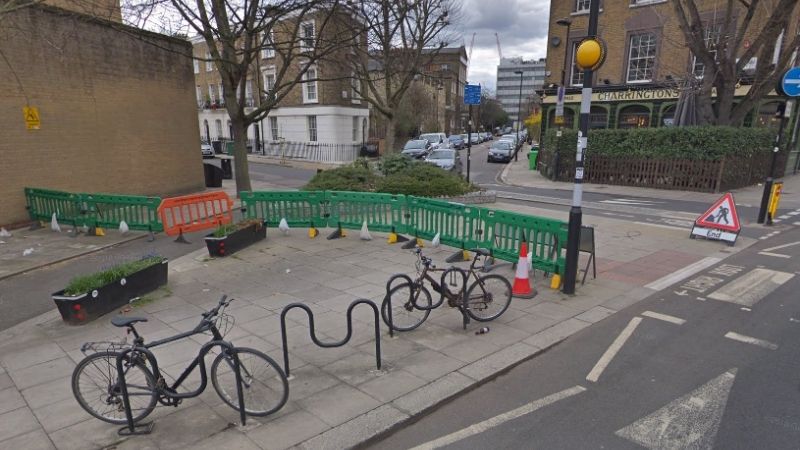 The Met police said they could not come to the meeting point and instead the reporter – who had the unique frame number of their bike and had no intention of paying money to buy their own belongings back – alerted British Transport Police who make patrols of the mainline station.

At first the seller did not have the bike with them, but it was then produced from a nearby car.

The frame number showed that it was the one that had been taken from Camden Town two nights before. The bike was then returned to the reporter, while the seller was questioned.

He was let go after saying that he had bought the bike from somebody else and he was not aware that it was stolen property.

Not all cyclists who lose their bikes are likely to feel confident enough to chase up web listings even if they suspect theirs is being sold online, let alone face the sellers in person without police back-up. In just a couple of seconds of sawing with the right tool, thieves can then potentially make hundreds of pounds a time with little fear of arrest and prosecution.

A boom in cycling during the coronavirus crisis means there is rarely a shortage of interest in good second-hand bikes, while social media companies can facilitate these quick sales. 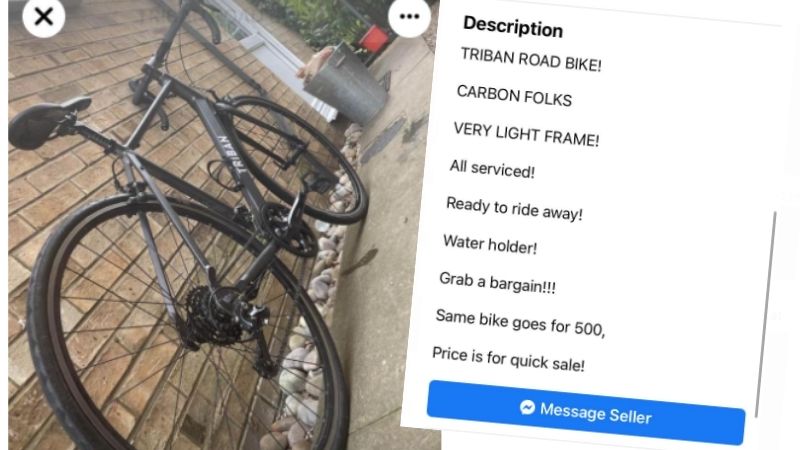 ‘Price is for quick sale!’ – the online sales patter as our reporter’s stolen bike is put up for sale

John Chamberlain, from the Camden Cycling Campaign, said: “Theft is a massive problem and the thieves are more blatant than ever. Battery-powered angle grinders and hydraulic cutters are being used. Sometimes they will superglue the lock so you can’t open it and then come back later.”

He added: “The police will often not get involved unless they think they might find a lock-up full, though the PCSOs [Police Community Support Officers] may be more interested than the Met. I would say the risk of confronting the thief in a public place is not that high, though I would strongly advise having a friend, or a police officer, along.”

Figures for this year show a 13 per cent increase in bicycle thefts since June 2020, a year when Camden was shamed as having the highest bicycle theft rate in the capital.

The borough’s bicycle theft “crime map” is lit up like a Christmas tree with marks dotted all across the borough.

The frame number can normally be found underneath the bike, between the pedals or where the back wheel slots in. Another tip is to fix the lock and the bike as tight as possible to make it harder for thieves to apply the cutters.

The Met said: “The Metropolitan Police Service takes every incident of bicycle theft seriously and recognises the distress this crime causes its victims. We are also aware that for many, this can be a main form of transport and can therefore greatly disrupt their everyday lives. “

When a report is received officers will carry out every reasonable line of enquiry to recover the property and bring any suspect to justice. Anyone who owns a bicycle is urged to get it security marked and registered at BikeRegister.”