Bernadine in the frame for county clash 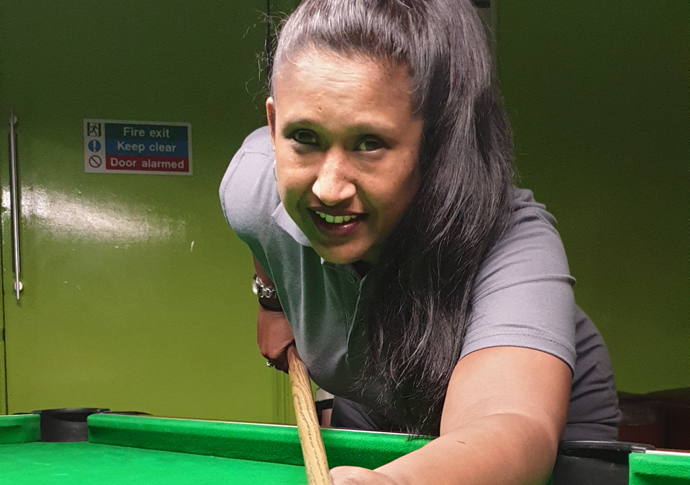 A PROMISING potter who was plucked out of the lower divisions of a pool league to play for her county is now hoping to leave the nerves behind when she returns to the table this weekend.

Bernadine Ratnayake, who lives in Highbury, has won almost 70 per cent of her frames this season in Division Three of the Chalk Farm Pool League.

But even with such an impressive potting record for her club side, Corner Flag, she didn’t expect the call that came out of the blue and led to her breakthrough on the green baize at the start of the month.

“When I got a call asking if I was free on the Sunday I thought I was just filling in for someone for one game. I didn’t realise I was being signed up to compete regularly for Central London ladies county team,” said Bernadine. “I was incredibly nervous playing my first game.”

She chalked up one victory in four attempts on her county debut, but couldn’t prevent Central London losing against Buckinghamshire at the Hurricane Room in King’s Cross.

Bernadine will be hoping for better fortune the second time around on Sunday when she takes to the table with her new teammates at Legends Snooker Academy in Leytonstone to face East London.

“I’m really excited,” she added. “It’s an honour to be playing alongside a talented group of ladies and representing my county.”