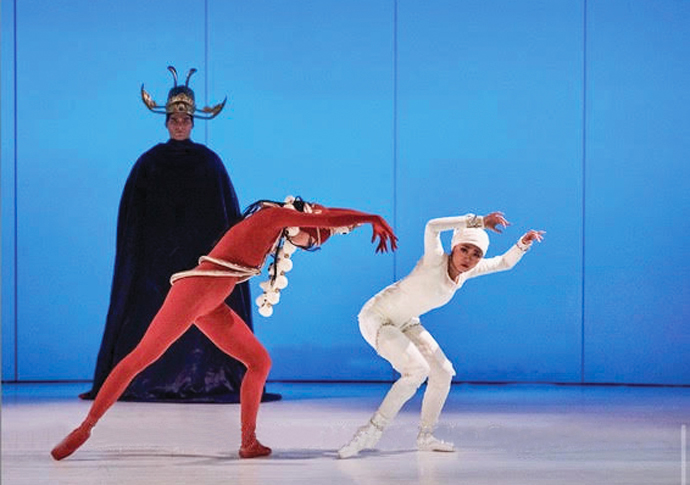 THEY have been dubbed the “dance detectives”, searching out fragments of lost ballet masterpieces to fit them together again for the modern stage.

Starting out with Vaslav’s Nijinsky’s legendary Rite of Spring more than three decades ago when all they had to begin with was a score and three fading photographs, Millicent Hodson and Kenneth Archer have resurrected 12 early 20th-century ballets to critical acclaim, having travelled the world from their home in Fitzjohn’s Avenue, Hampstead, in quest of far-flung clues, she a former dancer and artist, he an expert in design.

It was a monumental undertaking involving years of forensic research that also took in the work of a constellation of stellar figures who collaborated with Nijinsky and other choreographers to hasten in the modern age, among them Igor Stravinsky and Henri Matisse.

Also, it had never been done before.

“It’s been fascinating and we put ourselves totally into it,” exclaims Millicent with all the vim and vigour of her American roots.

“A lot of our work was in archives, in French and Russian libraries, museums and private collections. But we also met many of the original maestros and dancers, including Marie Rambert, founder of Ballet Rambert, who was in Rite of Spring when it was first performed in 1913. That’s priceless. The real value was our being able to take all that and turn it into a production – that was the alchemy that had to happen.”

Beautifully illustrated by Millicent, Balanchine’s Twenties acts as a spectator’s guide to masterworks that were considered gone forever, detailing the genesis of the choreography, costume design and stage sets as well as some of the original players they managed to interview, most of them by then in their 80s.

One of them was Alicia Markova, a founder of the English National Ballet who made her debut in Balanchine’s Le Chant du Rossignol – “The Nightingale” – in 1925 after being talent-spotted as a young teen in London by the ballet’s producer, Serge Diaghilev of Ballets Russes, when she was plain Alice Marks from Finsbury Park. 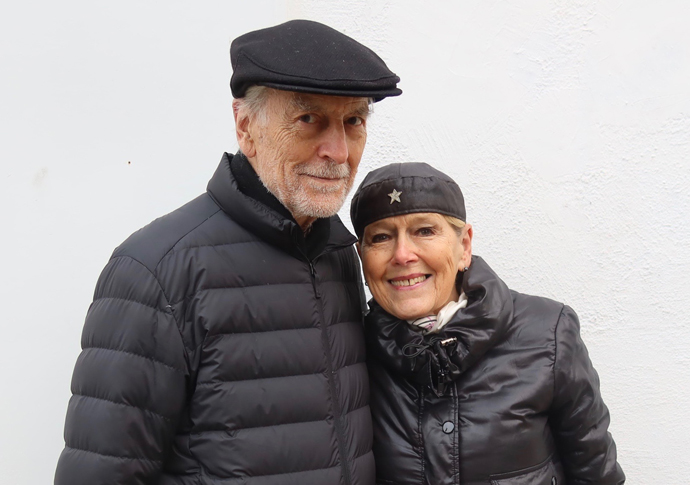 “Diaghilev insisted that all his dancers should have Russian names so Alicia Markova was born,” laughs Kenneth, an urbane Englishman who worked as a fashion model in the 1960s before going on to study modern art and theatrical design.

Incredibly, back in the 1970s the two had independently embarked on research into the Rite of Spring on separate sides of the Atlantic before serendipity stepped in and they were introduced to one another.

“She was researching Nijinsky and I was researching Nicholas Roerich [the stage and costume designer of the Rite of Spring], and we decided to collaborate. We got together, then we got married,” smiles Kenneth.

Millicent, a great niece of Popeye and Betty Boop creators the Fleischer brothers, had studied aspects of dance history at the University of California, Berkeley before training in contemporary dance with Martha Graham and starting up her own dance troupe.

It was while at Berkeley that she met Robert Joffrey of the Joffrey Ballet, who further down the line would become the couple’s mentor and help finance their research. Following the premiere of Rite of Spring in Los Angeles in 1987, he asked them to also restore Balanchine’s first ballets, an experimental mix of the classical and modern that expressed the ambiguities of a decade that would lurch from the Roaring Twenties to the Great Depression.

“Once we got started on Balanchine, a product of the imperial Russian system, I realised how brave he was, how bold, how modern,” says Millicent.

If the ballets were such gems, how come they ended up lost?

“Ballet has a habit of losing things,” she almost sighs. “There is this kind of romanticism in ballet about the tragic loss of everything – heroines, money and ballets themselves.” Then raising her voice a pitch: “Many people were opposed to trying to save the Rite of Spring, saying ballet is an ephemeral art, it’s meant to live in the moment. That drove me nuts! We are throwing away our art forms.”

Other critics said their reconstructions were not the real deal. “Even when you have the most incredible amount of documentation, you don’t have everything,” she acknowledges. “So there is a huge amount of predictive text, as it were. But that’s the job.”

“We kept everything as closely as we could but you can’t do more really than achieve a reasonable facsimile,” adds Kenneth.

The fact remains, historic oeuvres that had been apparently lost in the mists of time are today part of the repertory, and others have now been inspired to follow their lead.

“The reconstructions changed the game,” declares Millicent. “Our achievement was to give other people the go ahead. Why lose any of it? Let’s try it.”