Back in business: Phoenicia, ‘the shop that’s vital to our high street 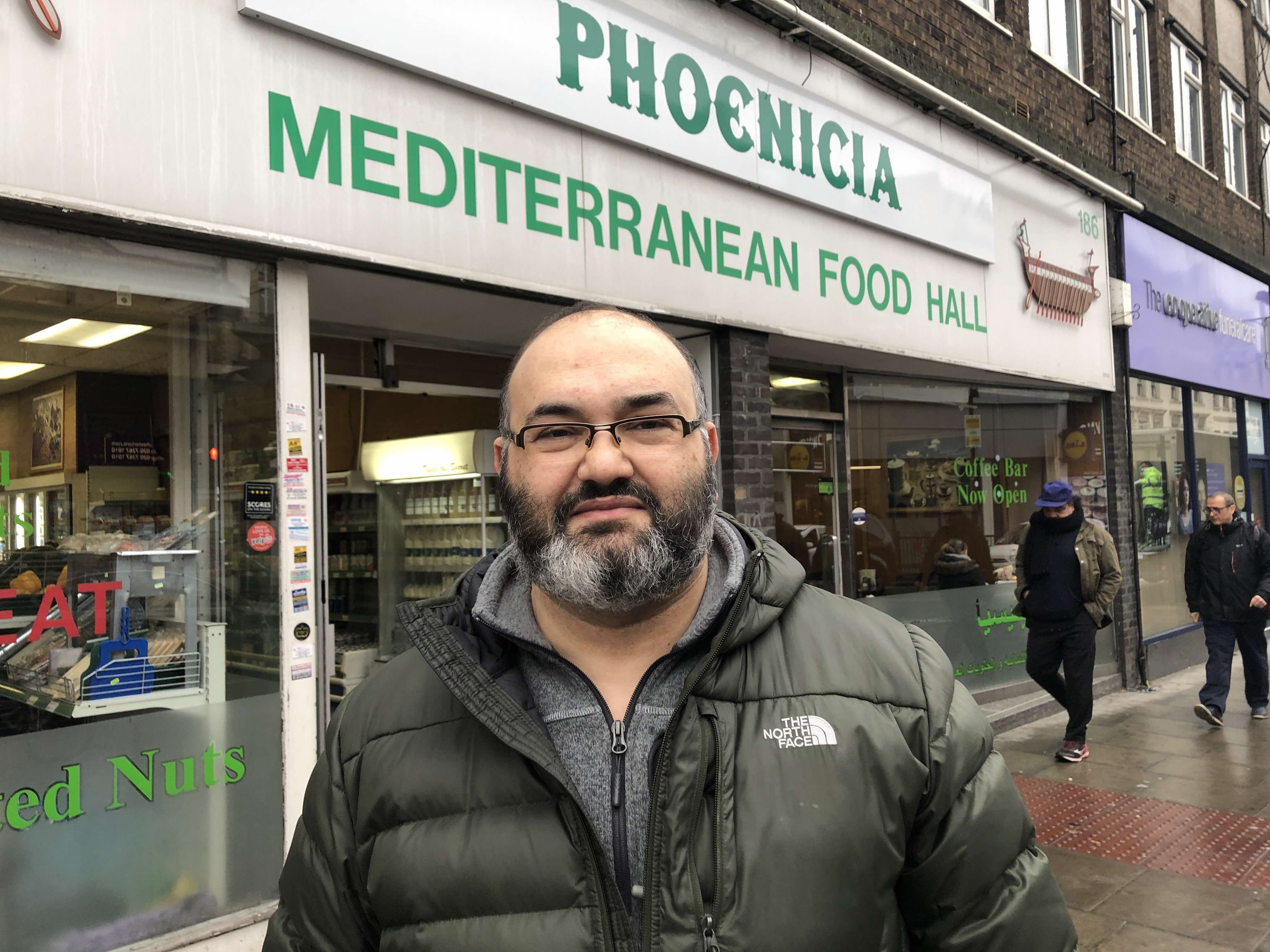 CUSTOMERS and staff at one of Kentish Town Road’s most popular shops were celebrating this week – despite being forced to shut suddenly on Friday as the property’s landlords repossessed the space.

The closure of Mediterranean and Middle Eastern food supermarket Phoenicia turned out to be a temporary glitch. This week, owner Ghassan Obeid was back welcoming customers at his store.

On Friday, a sign on the doors said the shop had been repossessed by bailiffs and all queries should be directed to management firm Larrg Properties. The food hall, in a parade previously home to general store Chattelmania and Blockbusters Video outlet, now spreads across four units which have been knocked together.

Larrg Properties told the New Journal on Friday that the closure had come about because of issues over rent. When regular customers saw the shutters down, they called the New Journal and flooded social media to express their shock that such a popular Kentish Town Road shop could close – and later expressed joy that it had reopened.

Mr Obeid said: “There was a change in the long-term business structure but this has now been sorted out.”

He said that the owner of the building, Brent-based Deeside Investments, had been “nothing but helpful”.

“The landlord has been really good – it had nothing to do with him that we shut temporarily,” he said. “He helped immediately sort it out and within a day helped us reopen as quickly as possible.”

As well as serving groceries, Phoenicia Food Hall has a bakery, butcher and café. Established in 2003 by Mr Obeid, it has become a high street landmark.

Celebrity chef Yotam Ottolenghi has often said it is his favourite store in the borough.

Mr Obeid moved to London from Beirut, Lebanon, aged 18. His father, Mahmoud, had been general manager of Smiths, a large supermarket in Beirut owned by Englishman Patrick Og­den Smith.

Mr Obeid grew up living above the store. He said: “It sold every thing from croissants to motorbikes.” After settling in England, Mr Obeid worked in supermarkets and also sold catering fridges until he set up Phoenicia.

“We are now spoilt for choice in Kentish Town, but it has changed a lot since we first started here,” he said. “People thought we were crazy and thought the area wasn’t right for this type of shop. It was a new concept – and it worked. The first five years were pretty hard, but we were persistent and it paid off.”

The shop employs six full-time staff and up to 20 overall.

Kentish Town Road Action group chairwoman Caroline Hill said: “So many people have been talking about this and saying how upset they would have been if it had closed for good. It is so important for all of Kentish Town. It is an independent, specialist shop that brings people into the area. We are absolutely delighted to see it open again.”

She added: “With Phoenicia, it isn’t a case of saying we should have used it more – it was extremely well used, greatly admired and a vital part of our high street. “It would have been an absolute tragedy if it had not reopened.”

It is also blighted by the delay in redeveloping the former North London Polytechnic building at the corner of Prince of Wales Road.