Back after a ‘break’, Kieran's delight at return to pool table 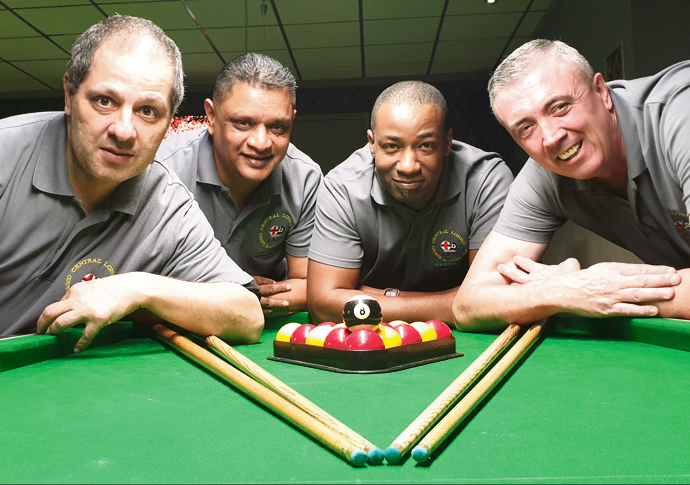 AN HGV driver from Highgate has put in a series of dominant ­displays at the pool table to help the Central London Masters “A” team really reach top gear.

Kieran Tunney won 26 of the 29 frames he played this season as the capital squad were crowned south-east regional champions of the English Blackball Pool Federation (EBPF) League.

Central London’s place at the top of the table was confirmed on Sunday when they beat rivals Essex 16-9 at the Hurricane Room in King’s Cross. They will now go on to face the very best teams in the country at the EBPF National Finals, which will be held in Wales in March.

For 54-year-old ­Kieran, the victory marks a welcome return to the sport that he loves following a 15-year break.

He said: “I first started playing pool in a local bar and absolutely loved the game. Then my friends invited me down to the local pool hall in Kentish Town which was run by ‘Big Ron’, who I’m still friends with now. He’s a well-known character in the area.

“I went on to trial with the London county team and managed to qualify for the ‘B’ squad, winning the south-east region title in my first season. After that I made it into the As, and even went on to represent England. But about 20 years ago I quit the sport. You could say I needed a break.”

Kieran is one of four players from the Chalk Farm Pool League who represent the Central Masters “A” team, alongside George Georgiou, Paresh Patel and Colin Cottrell.

Reflecting on his return to the sport, he added: “After not playing for 15 years, and at the tender age of 50, I picked up my cue again. I was in the pub when I saw an advert in the New Journal for county trials and decided to give it a go. Now I’m in my second year back and I’ve managed to top the masters region in the south east. I honestly can’t believe it.

“After not playing for so long I did wonder if the hunger to do well, not just for me, but to help our Central London team succeed, would still be there. It looks like it is.

“I’ve got so many ­people to thank for ­getting me to come back and play the game I love again, I could be here listing names all night, but I’m sure they know who they are.”