Eddie Nketiah's back-heel finish helps Gunners into Carabao Cup fourth round, where they will meet Leeds United at the Emirates Stadium

Wednesday, 22nd September 2021 — By Sam Ferguson at the Emirates Stadium 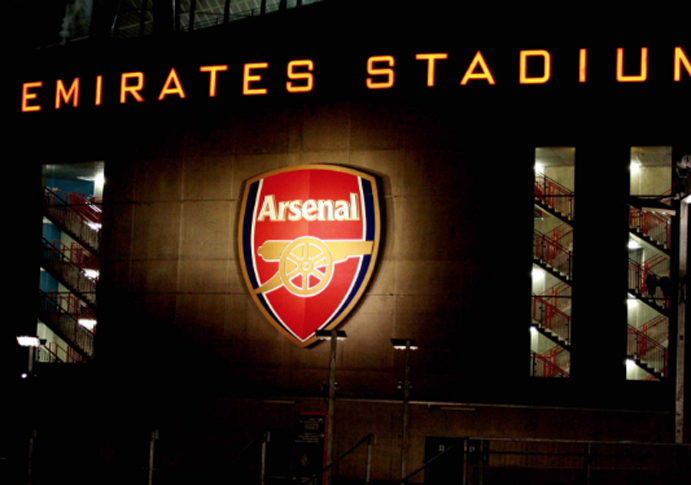 A MUCH-CHANGED Arsenal team got the job done in the Carabao Cup with a 3-0 win at the Emirates tonight (Wednesday), brushing aside a Wimbledon team making their debut third round appearance.

The Gunners could and should have scored more, with two shots hitting the woodwork either side of half-time, and Wimbledon barely threatening the Arsenal defence.

Eddie Nketiah scored the pick of the goals with a brilliantly taken heel-flick to make it 3-0 – after Alexander Lacazette opened the scoring with an early penalty, and super-sub Emile Smith Rowe made it two with a calm side-footed finish.

With an eye on this weekend’s north London derby, manager Arteta rang the changes, handing starts to Bernd Leno in goal, as well as Rob Holding and Pablo Mari, Nuno Tavares and Cedric Soares in defence.

Albert Sambi Lokonga and Ainsley Maitland-Niles joined midfield regular Thomas Partey in the centre of the park, while Gabriel Martinelli and Nketiah gave width to Arsenal’s front three, either side of Lacazette.

But despite facing a team two divisions down, there was only a place on the bench for promising youngster Folarin Balogun, and no space at all for the much-touted Charlie Patino.

It took Lacazette just 10 minutes to put the Gunners in front after Martinelli’s direct run into the box terrified the Wimbledon defence into committing an obvious foul in the box.

In front of the packed away stand, Arsenal’s number nine coolly sent the keeper the wrong way from the penalty spot with a low finish into the right hand corner.

Sensing weakness, the home side harried the Dons’ left-back channel again and again in the first half, with moves that saw Martinelli, Maitland-Niles and Cedric combining well.

But despite controlling the game and limiting the visitors’ first half chances to one off-target shot, Lacazette’s penalty proved to be the Gunners’ only shot on target in the opening 45 minutes.

Mikel Arteta’s creative players watched on from the bench as their teammates struggled to find an elusive final ball.

Wimbledon started brightly after the break, playing towards their own raucous fans in the Clock End. But ultimately this was a game the South Londoners never looked like getting into.

Their best chance came just after half time as Ayoub Assal wriggled away from the Arsenal midfield before feeding striker Ben Heneghan, whose cross was unlucky not to find a teammate in the Gunners’ box.

Partey came off for Emile Smith Rowe with half an hour to go, sparking an immediate change in Arsenal’s forward play.

Straight away the mercurial number 10 looked sharp with an early off the ball run making space for Martinelli, whose looping far post cross rattled the bar via Tavares’ head.

Bukayo Saka soon replaced Martinelli, but it was Smith Rowe who added to the scoreline, with a calm side-footed finish after a brief scramble in the box.

Arsenal looked like a different team after the changes, and Nketiah put the icing on the cake with a Cruyff-like flicked finish in the final 10 minutes that belied a below-par performance for the forward out wide – a goal that will hopefully give him a timely confidence boost.

Twice skilful work from Saka almost added a fourth, but the England international whipped his first shot wide of the post, while his second chance was saved by the Dons’ keeper.

A third straight win for the Gunners in all competitions sparked a party-like atmosphere among the 50,000-plus fans at the Emirates. Arteta will be hoping for a similar atmosphere when Arsenal host Leeds in the fourth round of the cup at the end of October.