A legendary Orpheus from Harrison Birtwistle 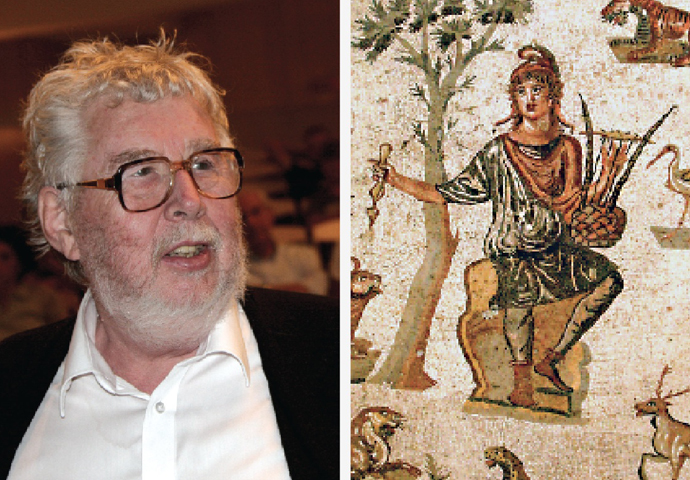 I AM old enough to remember a memorable night in 1986 when English National Opera was enjoying a golden era (something it can only look back on wistfully today) and had the confidence to premiere a tough but powerful new work: The Mask of Orpheus by Harrison Birtwistle.

To call it challenging would be an under­statement. And as an infant critic newly arrived on the scene myself, I was baffled by it, wondering what on earth to write. But I was also over­whelmed, impressed, and certain I’d been sitting through a landmark in the modern history of opera.

Since then, Mask of Orpheus hasn’t had too many outings. But this week it comes back to the place where it began – in a new production by Daniel Kramer that may or may not recapture the momentous grandeur of the original.

Kramer’s time as artistic director of ENO hasn’t been unduly distinguished, which is why it’s just come to an abrupt end. But there have been one or two shows where he pulled out all the stops and created something worthwhile: his stag­ing of Britten’s War Requiem for example. So let’s hope that this, his farewell to the Coliseum, might be another.

Martyn Brabbins, ENO’s music director and a safe pair of hands when it comes to tough contem­porary music, conducts. And if you decide to go – which I strongly recommend – the thing to remem­ber is that Birtwistle doesn’t tell the Orpheus story in a straight­forward, linear way. It unfolds like a Cubist painting, treating the legend as though it were a three-dimensional object you can circum­navigate and view from different angles, different time perspec­tives, and with different performers sharing the same role.

Bear that in mind – along with the fact that although Birtwistle’s music sounds like the grinding of industrial machinery, it’s the urban equivalent of English Pastoral – and you’ll sail through it. Maybe.