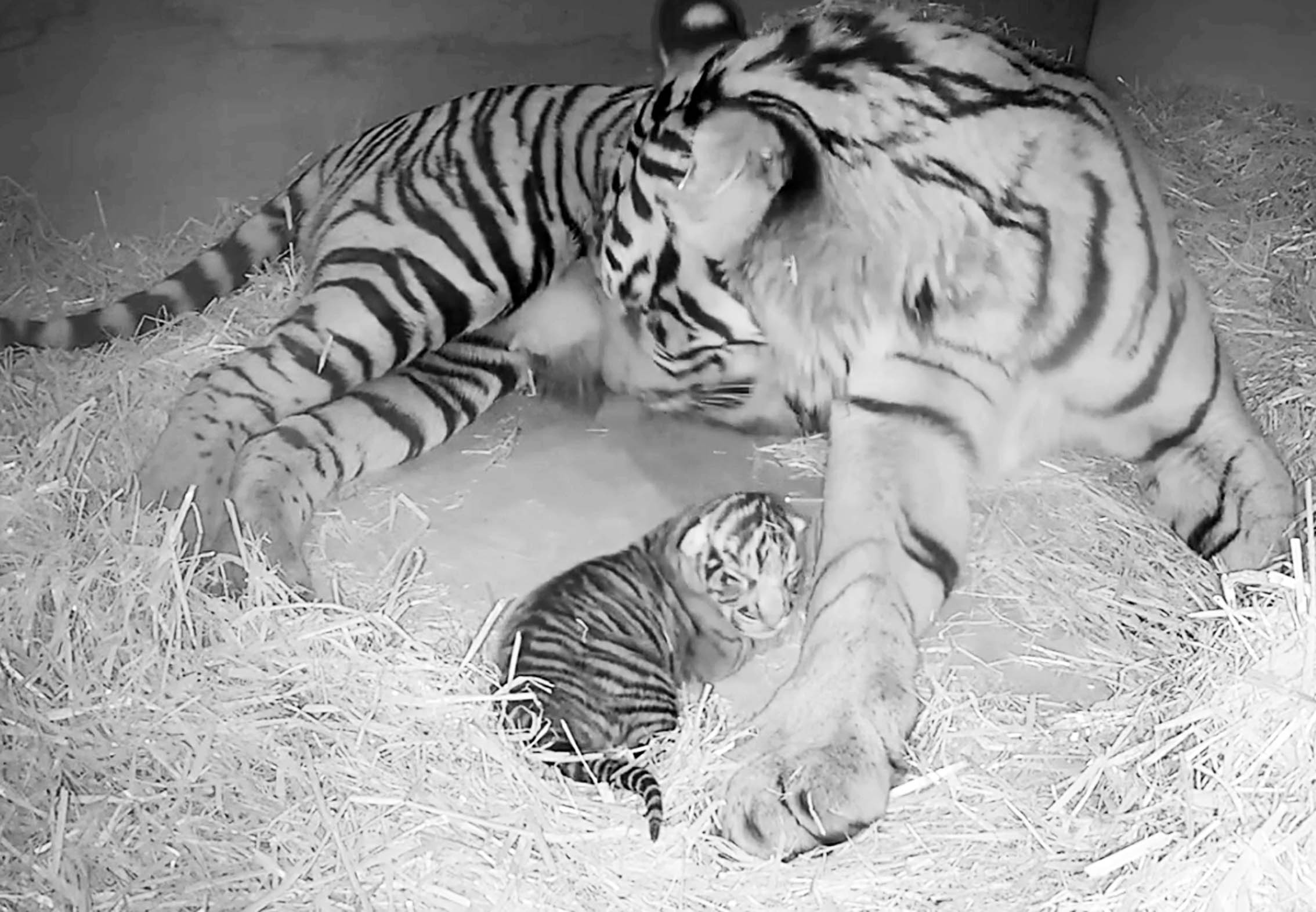 Footage of 10-year-old tiger Gaysha looking after her the new arrival been captured on a hidden “cubcam”. Her original litter on December 12 had three cubs, but two did not survive labour.

The Sumatran tiger, normally found in Indonesian jungle territory, is on a list of critically endangered species.

There are now only estimated 300 in the wild due to the threat of habitat loss and poaching.

ZSL London, the charity-run attraction near Regent’s Park, is part of a global breeding programme to maintain what has been described as a “healthy back-up population”.

It cannot tell at this stage whether the cub is male or female.

Tiger keeper Lucy Reed said: “The chunky little cub is doing really well in mum’s excellent care, and definitely takes after dad Asim in terms of size and strength. We’ve seen some key milestones already, with the little one taking its first steps almost immediately and – more recently – opening its eyes, which are always closed for the first few days after birth.”

She added:  “At the moment, while we’re still keeping a close eye via cubcam, we’re also taking care not to disturb the family so that they can bond together. We can’t wait to get to know the little one as it grows bigger and begins to explore more of its surroundings.”

The zoo, which has been hit by heavy financial losses due to Covid lockdowns, is now asking its members, fellows and patrons to offer up suggestions for the cub’s name over the coming days, which will then be shortlisted by zookeepers before being voted on by supporters.

Asim originally came from a safari park in Denmark but tragedy struck in 2019 when he killed female tiger, Melati, in a skirmish.

Melati had herself given birth to the zoo’s first baby tiger in 17 years in 2015 – with a different partner, Jae Jae.
The cub tragically died, however, when it drowned in a pool not covered by CCTV.

The pair later had three more cubs – Budi, Nakal and Cinta – before Jae Jae moved to Paris and Asim arrived.

Gaysha was later brought in as a breeding mate for Asim almost a year ago.

Visitors to the zoo will have to wait to see mother and cub but the camera footage from the den is available for them to see.