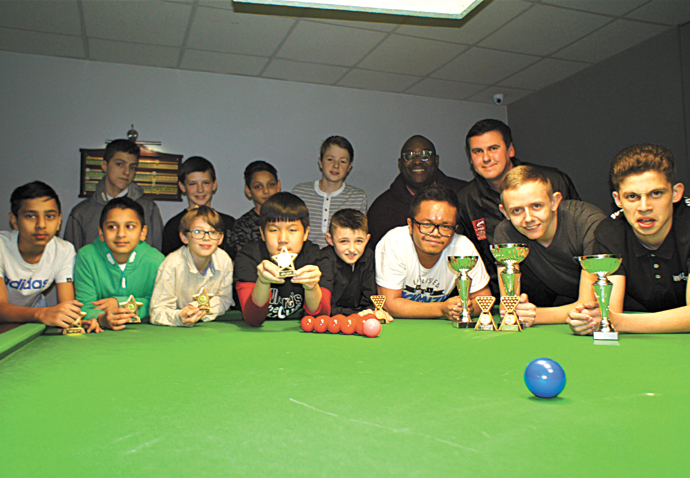 A SQUAD of skilful pocket rockets from across Camden and Islington are being rewarded for all their tireless hard work at the snooker table with the chance to meet their favourite players.

Youngsters from the Gone2Pot children’s snooker club, which is based at the Hurricane Room in King’s Cross, are being treated to a day out at the Masters Championships, which are being held in January at Alexandra Palace. 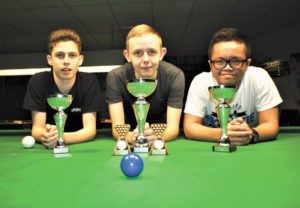 Their coach and Gone2Pot founder, John Woods, will be running the Cue Zone at the Masters, where visitors will be able to take part in a series of fun games.

Among those taking to the table to try some of the potting challenges will be John’s team of talented young players, who will also be hoping to get tips off of big stars like Mark Selby, John Higgins or even defending champion Ronnie O’Sullivan. 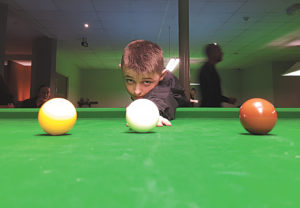 On Saturday players and parents from Gone2Pot came together at the Hurricane Room for a special end-of-year trophy presentation.

Among the winners was Adam Stacey, 17, who won his third title in five years after being crowned the club’s top player of the season.

Marcos Dayao, also 17, was the runner-up, while Lee Whaley, 15, took third place, and was presented with the Sportsmanship of the Year Award. 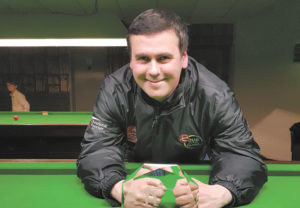 There were also cheers for John Donovan, 11, from Somers Town after he won the Under-13s title and was voted the most improved player of the year.

At the end of the celebrations there was one more surprise trophy handed out after all the kids chipped in to buy John a special “Coach of the Year” Award.

“I was overwhelmed,” he said. “I knew nothing about it. Apparently they had been planning the surprise for months.

“I’ve got some very special players here, and the thought and consideration they put in to get me something on a day that was meant to be all about them shows just how special they are.”