Segregated route to be installed in early 2022 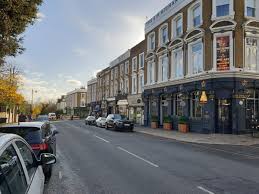 CYCLE safety lanes set to be installed in Haverstock Hill have been delayed until the New Year.

The segregated route, from Pond Street in Hampstead to Prince of Wales Road in Chalk Farm, was approved earlier this year despite concerns from residents and business owners.  Supporters say it will make cycling safer and im­prove the network of lanes.

When the lanes were given the go-ahead in August, the council said work would begin in late October or early November. However, the works have been delayed until the start of 2022.

A council spokesperson said: “We do not yet have a confirmed date when construction on this scheme will start, but are currently working with our contractors to establish this.

“At this point in time we anticipate that this will be early in the New Year.”