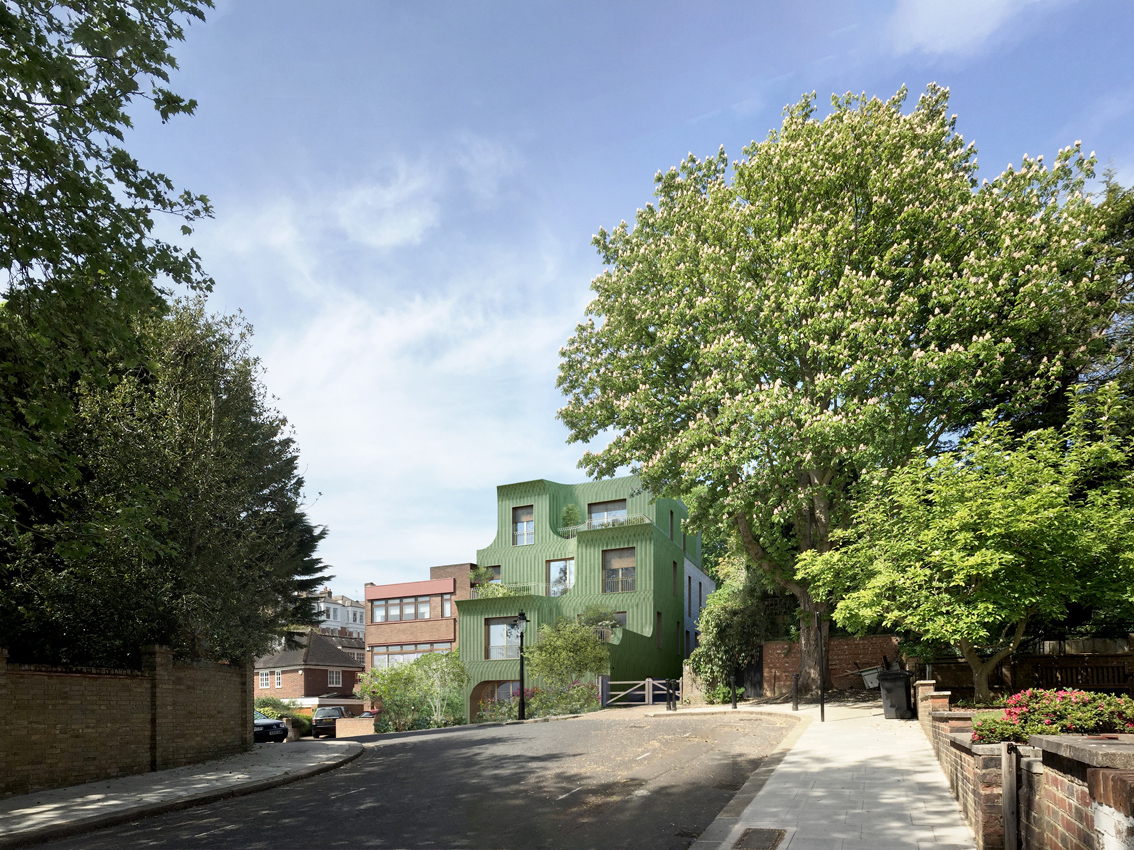 A STRIKING, green tiled home described by a leading civic group as a “building with a big ego” has been given the go-ahead by the Town Hall.

The controversial scheme planned for Frognal Gardens will see a 1960s-built family home demolished and replaced with a Modernist four-bedroom house.

The proposal saw scores of objections from neighbours including designer Nicole Farhi and her husband, the playwright Sir David Hare.

Sir David called the plans “hideous”, adding in a letter to the Town Hall: “This proposed development is a big elephant’s backside with nampy-pampy balconies which belong on a Tyrolean fairground ride.”

And conservation group the Heath and Hampstead Society was stinging in its criticism of the design.

“Its materials are inappropriate, the stylistic flourishes are not compatible to the streetscape,” its objection said. “It is a large building with a big ego.”

The Hampstead Neighbourhood Forum also called on the Town Hall to throw out the plans by Alison Brooks Architects, claiming the new home would “overwhelm nearby houses”.

But Town Hall planners said the designs did fit the scale of the street and councillors voted 6-3 in favour of permission.