Women who left a rich legacy 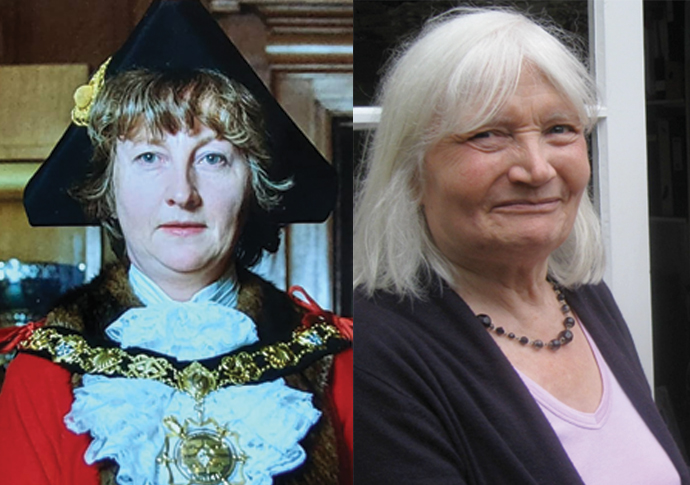 TWO local politicians have died in recent weeks who could not have been more different from each other – one was outgoing and adventurous, the other reserved. But each was courageous, leaving a rich legacy for the borough.

Both were in their 80s – Aileen Hammond, a quiet, thoughtful academic researcher, who warned of the coming climate changes along with earlier ecologists of the 1960s long before the present green movement had taken root; and Sally Peltier who broke social taboos in the 1970s when mixed relationships were rare, even in cosmopolitan London.

Aileen, apart from her academic work, and her time in Africa as an NGO, lived in Belsize Park, and exposed the risks of unsustainability arising out of continued economic growth. She also played a significant part in the local Co-operative Party and the Camden Civic Society – and inevitably fought for the survival of libraries.

Of the two I got to know Sally Peltier better, when she was a teacher at Torriano infants school in Kentish Town – and soon became aware of her steely character enabling her to face the prejudices when she married Charles from Dominica.

Sensitive to radical ideas, she soon became a friend of the old Camden Journal long before it became the Camden New Journal of today.

Later Sally had a new partner, Stan McCullough, also a supporter of the paper, which he would voluntarily deliver door-to-door even when suffering from an illness. Tragic­ally, Stan also died.

Despite these personal setbacks, Sally con­tin­ued supporting the disad­vantaged, taking up better housing for locals and was drawn to helping the underdog, particularly at the then newly established Camden Law Centre.

Two gallant women who were part of a generation – both died in their mid-80s – that is now leaving us. This was a political generation of an eclectic mix, comprising Tories and Labour, that played such a significant part in the growth of the borough in the 1970s and 1980s, making it an outstanding local authority known for radical housing projects and social service experiments.

They were part of a past that grew out of the Welfare Britain of the Second World War, where politics took on a less professional form than today, with councillors more representative of ordinary working people.