Women boxers: Give us a hand! 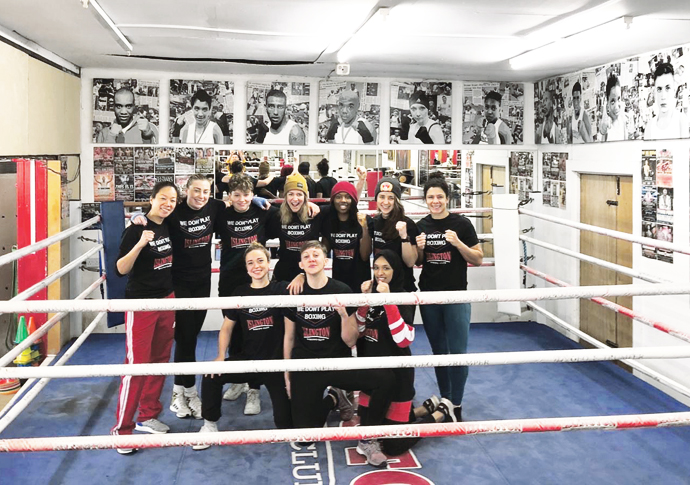 A SQUAD of female boxers from a club in Upper Holloway are hoping to land donations in a bid to help them continue their dominance in the ring.

Islington Boxing Club, in Hazellville Road, proudly boasts one of the largest female teams in the country. Their success spoke for itself when a group of boxers, including Elite National champions, National Development champions, Haringey Box Cup and Sweden’s Golden Girls Box Cup winners, all gathered in the ring for a team photo recently.

With the spiralling costs of competing, funding drives are a vital avenue for the volunteer-led club. Reflecting on her love of the sport, squad member Charlotte Briant said:

“Despite really limited financial funding, IBC somehow manages to thrive and be of service to loads of different types of people.

“From ex-offenders to disabled athletes, young mums, OAPs, young people at risk of knife crime, and lots of women.”

To make a donation visit www.gofundme.com and search for “IBC Female Competition Sport”.