The rogue padlock placed around gates of Primrose Gardens

A MAN padlocked a public park and then told a dog-walker to “f*** off back to China”, it was claimed this week.

Police are now looking to question a man over the incident outside Primrose Gardens, Belsize Park, and have said they will put more officers in the area to “reassure the wider community”.

The victim – who asked not to be named due to fears for her safety – said the man had become aggressive last Monday after she and her husband asked him why he had locked up the council-owned green space.

The woman posted footage of the incident on social media, during which the reference to China can be heard.

“It started with him shutting hundreds of people out of a public green space and when we asked him why he had done it, this was his disgusting response,” she said.

“He had stood outside gloating, abusing passers-by and harassing any dog walkers going to the park.

“This is not the first time it’s happened, he locked it last summer too. Larger parks like Primrose Hill or Hampstead Heath are over a mile away so it’s an important space for a lot of people,” she added.

Camden Council said it was made aware of the incident and said it had removed the lock two days later. It also said they had received reports of dogs barking and altercations between dog walkers and a member of the public last summer. But the woman said she has been left disappointed by the response.

“After removing the lock, the council put up a sign saying to ‘keep your dog under control’ and ‘keep the noise down’ and it honestly feels like we’re being blamed. 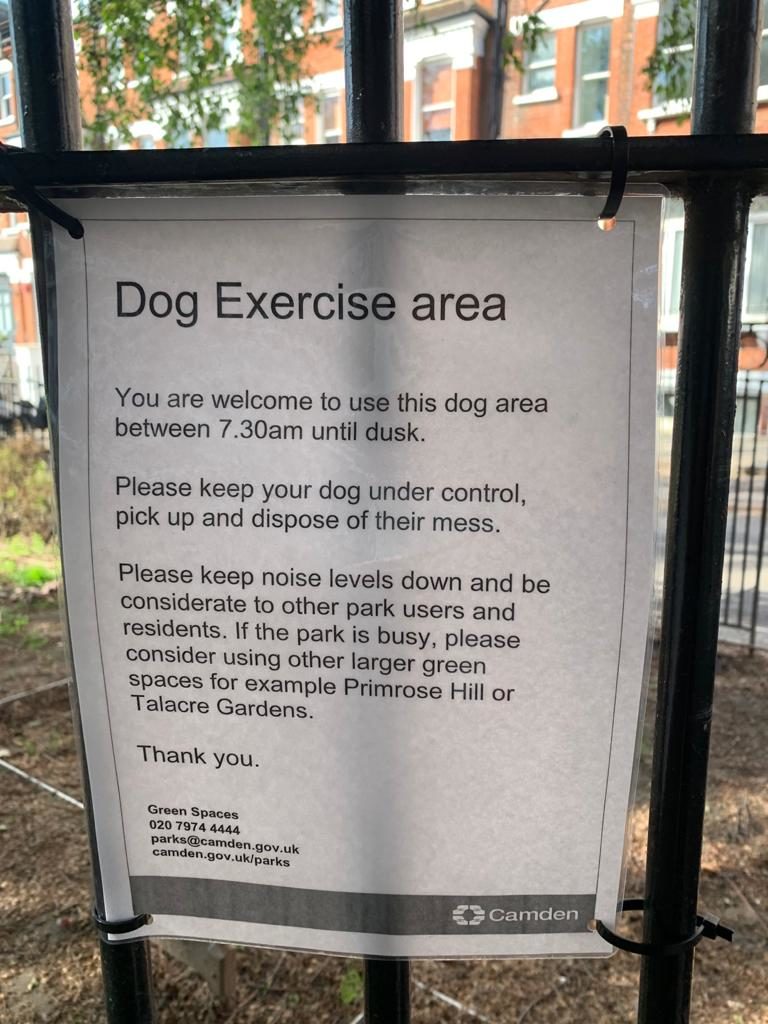 “It’s really demoralising when I’m now avoiding the area for fear of bumping into him again. I’m having nightmares about it. And I’m not the only one.”

She added: “What I want is for the council to do more to address this man’s behaviour – not blame dog owners, it just sends to wrong message entirely about how important residents’ safety is to them.”

Labour councillor Adam Harrison, Camden’s environment chief, said: “Any form of racism, verbal abuse or aggression by members of the public is totally unacceptable and we have reported these incidents to the police and informed our community safety colleagues. Camden is no place for hate.

“Primrose Gardens is a much-valued small park surrounded by houses. We will work to continue to manage the park so it is welcoming and of benefit to the community.”