Why Stephen is a law unto himself… 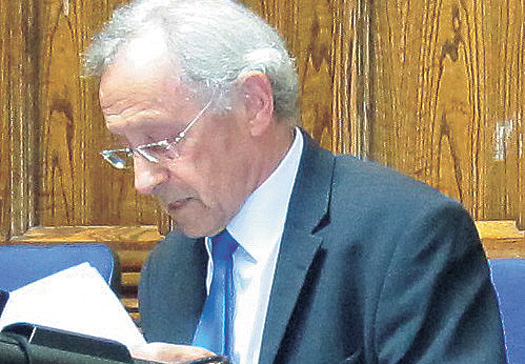 IF ever a judge had an independent mind with a persuasive manner it is Stephen Sedley, who lived in Kentish Town while an active lawyer before moving out of the area a couple of years ago.

Though he is now ensconced in Oxford, and a recognised expert on the 17th-century English Revolution and history of public law, he still bobs up as a scribe writing – as expected – on the independence of the judiciary.

Astonishingly, I came across his recent views in an obscure leftish newsletter published by the Islip Unity Group – set up in the 90s by a group of left-wingers who lived in the Islip Street area in Kentish Town.

In his article, headed Judicial Independence is a Fragile Thing, he clearly expresses little admiration for the justice secretary and Lord Chancellor Liz Truss, whom he describes simply as a “non-lawyer” committed to a “spare-time job”.

Having spent his life as a junior, then a QC, then a leading appeal court judge – you have to pick your way through the undergrowth of his views to find he believes the government did the right thing in setting up the supreme court, and believes vehemently in politicians having no right to dismiss them for “unpopular decisions”.

He also pops up in the current edition of the London Review of Books setting out similar views, adding admiration for the former attorney general Dominic Grieve dismissed “by David Cameron to placate his Europhobe backbenchers”.

He barely conceals his dislike of the press when it sank – as did the Daily Mail – to headlining Supreme Court judges as “enemies of the people”. In the LRB he is slightly more conciliatory, describing them as “footstamping”.

In his academic research he has established a name as a historian of note, taking up where Christopher Hill left off, and calling the 17th-century Civil War what it was, an English Revolution.

More exotically, he had a name as a scribbler years ago as a folklorist whose jottings in national magazines attracted a wide audience.

I have met him several times at functions and found beneath his quiet manner lies a sharp independent mind, the kind of mind that can easily ruffle the tabloids.