Why pay when you’re not signed up?

The Hampstead Village BID has ‘thrown in the towel’, says Sebastian Wocker, who explores some of the background to the ballot battle 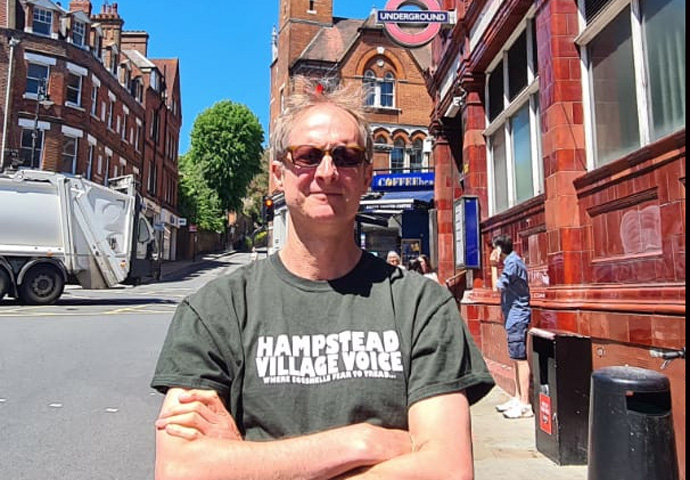 ON Thursday May 27 at 11am a small group of anti-BID businesses met up with photographers for a photoshoot in Flask Walk.

Then the unexpected news broke that the business improvement district had thrown in the towel and the Vote No Campaign had won the day – the BID had bottled its own ballot, (Business levy rebels celebrate victory as scheme is ditched just before crunch vote, June 3).

Hampstead High Street felt a bit like a football stadium as the news filtered through that the home team’s main rivals have just been relegated. Flask Walk bookseller Keith Fawkes was seen skipping down the street and there were fist bumps a plenty.

The Hampstead BID was not a local government department. It was a business called Hampstead Village BID Ltd.

So the main argument against it was always: why should anyone owe it a penny unless they had first signed the line that is dotted. It’s the most fundamental rule of doing business in the free world, but one the BID clearly didn’t get.

There were other concerns. The BID had forced charities, state schools, and a National Health Service surgery to pay it for five years, in itself abhorrent to anyone with a moral compass.

As for the BID having been democratically elected, that a limited company could utilise Camden Council’s electoral services to gain power over other businesses was questionable, never mind that it was able set its own electoral parameters prior to a ballot.

The BID knew it was in for a pasting in the 2021 ballot, so it raised the eligibility threshold, removing over 50 smaller businesses, 47 of which had signed a petition to remove it.

In so doing, as Robert Griffiths QC put it: “It unlawfully disenfranchised a significant component part of the electorate.”

It was gerrymandering pure and simple: removing a constituent’s vote for any reason, economic or otherwise, can’t be democratic.

There were further trust issues. Hampstead’s various charities were told prior to the 2016 ballot that they would not have to pay the BID levy. The next thing they knew, they all received hefty invoices threatening court summonses.

The King William IV famously stood up to the BID. Its landlord Jimmy McGrath had never received a vote and so refused to pay it on principle: “Where’s the contract?” he asked, as he was dragged through the courts.

Meanwhile we were promised “extra parking” and “cleaner streets”. Neither were delivered. Hampstead’s streets have never been so filthy.

As for extra parking, it was a promise that the BID could never deliver. Actually, there is less parking now than before the BID got in.

Another trust issue. Marcos Gold, who Primera confirmed in 2019 as Hampstead’s “full-time” manager had, since March 2020, also been manager of the gigantic Midtown BID, covering Holborn, Farringdon, Bloomsbury, Clerkenwell and St Giles.

Was he full-time there too? Had he downgraded his working hours in Hampstead? When asked, both Primera and Mr Gold refused to comment.

The BID was unpopular with the residents of Hampstead, who had to live with whatever the BID dealt out, yet had no vote.

Hampsteadites didn’t enjoy watching struggling businesses, charities, state schools, and an NHS surgery being squeezed. Nor the outsourcing of a council to lean on any businesses and charity that refused to pay Hampstead Village BID Ltd.

Call us Hampstead types old fashioned, but a limited company chucking a council £14k a year to act as its exclusive debt collector, is the sort of thing we frown upon around here.

So now, chickening out of its own gerrymandered ballot, the BID has met the undignified end it so richly deserves.

Typically its final statement gave the impression that it was shutting down because it cared about local businesses “struggling to recover from the global pandemic”.

Yet it was more than happy to send summons-threatening invoices to paralysed shops and restaurants at the height of lockdown. Oh, and the NHS surgery.

When, on Thursday May 27, the BID threw in the towel a Hampstead Village Voice poll was projecting 108 (no) to 16 (yes). And that was without the 47 no-voting hereditaments the BID had conveniently removed in April.

As one shopkeeper put it when I asked him which way he was likely to vote: “Don’t worry, turkeys don’t vote for Christmas”.

• Sebastian Wocker is the editor of Hampstead Village Voice