‘Why Labour should reinstate Jeremy Corbyn' 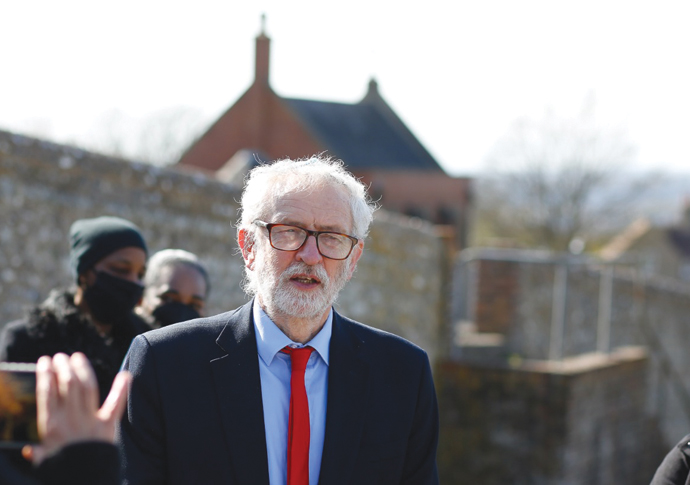 EIGHT years ago I went to a demonstration on Archway Bridge calling for fencing to be installed to make it more difficult for people to jump on to the road below. The action, organised by a bereaved family, was a small, moving affair. Our MP, Jeremy Corbyn, arrived on his bike and spoke with real feeling about what drives people to take their own lives, about the failure of society to support them, and the shattering impact on their families and friends. It took five more years, but barriers were finally put up. Lives have been – and will be – saved.

This is just one of many campaigns Mr Corbyn has supported during his nearly four decades as MP for Islington North. His concern for his constituents is legendary. He has none of the macho bravado that alienates us from so many politicians, but listens to everyone. He remembers their names, asks about their families, and takes action on their behalf. That is why he is always late for meetings. It is also why a group of local residents have set up Islington Friends of Jeremy Corbyn to call for his reinstatement into the parliamentary party.

Canvassing in the general election two years ago, we took two hours to walk a couple of hundred yards along Holloway Road with our MP. As we passed by, people came out of cafés and barbers’ shops; passers-by stopped to talk to him. There were constituents he had helped, who greeted him as a friend. A group of young women from London Met university wanted selfies with him; a woman from a neighbouring constituency wanted to talk about a political issue. He listened to all of them, answered their questions and discussed the things that were on their mind.

Everyone locally has seen people wave to him as he cycles past or watched him get off his bike to talk to someone about a housing or immigration problem, or just to ask after a family member.

Annette, 91, is a Labour Party activist. She has helped at Mr Corbyn’s monthly surgery since he first became Islington North’s MP, 38 years ago.

She said: “In the early days it was in a huge room, milling with people. Jeremy set up an urn and brought milk and teabags and loads of paper cups, and said: ‘Could you give them a cup of tea while they’re waiting?’ I couldn’t believe my ears! I looked at these dozens of people and he wanted to give them a cup of tea so they felt comfortable about being there. We could be there until, 10, 11 o’clock in the evening and he’d still go on seeing people and talking to them, reassuring them, helping them.”

Mr Corbyn’s constituents know he cares about them. Removing the Labour whip, one year ago this week, without justification or due process, was an insult to all of us. Please support the campaign to get our MP reinstated into the Parliamentary Labour Party.

Julia Bard is a member of Islington Friends of Jeremy Corbyn.