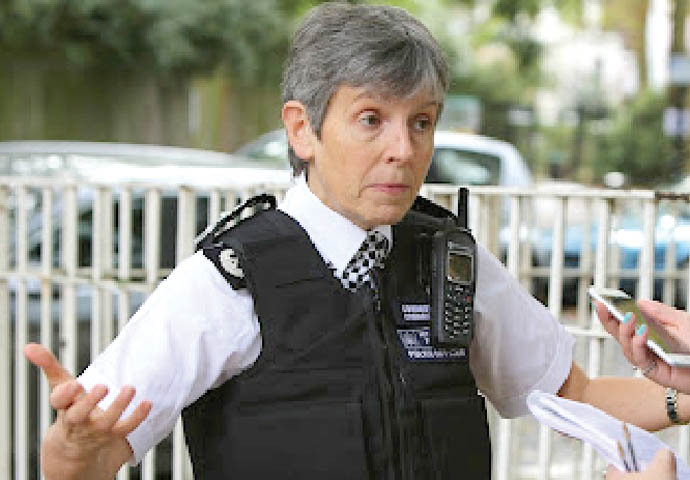 • I ATTENDED the launch of STRIDE (Strategic Inclusion Diversity and Equality) programme by the Metropolitan Police Service Commissioner Dame Cressida Dick on September 27.

It was an upbeat launch, with a range of senior and junior officers talking about their work and intentions to uphold the nine principles of policing originally set out by Sir Robert Peel on the basis of policing by consent.

Trust and confidence were the key words.

Five days later any feelings of optimism were destroyed by hearing details of one of their fellow officers, which left us horrified by his crime, and full of pity for the victim and her family.

There has been considerable noise by various police chiefs, politicians, and quangos about what went wrong, and what should be done.

As far as I can see, the public voice has not been heard, or if it has, it has been ignored.

Every one of us is asking how did a person like Wayne Couzens get into the police force? Why was there no disciplinary action following reports of his behaviour? Why wasn’t he sacked long before he committed murder?

The questions on recruitment and retention particularly worry me.

The prime minister pledged the addition of 20,000 police officers. Will the rush to get quantity mean loss of quality? Does it mean there is a possibility that we lose many good officers but are keeping bad ones?

I know there are excellent officers. As a member of voluntary local and special interest police groups, I’ve seen them at work, from those patrolling the streets, to those in the special operations rooms and in Scotland Yard; and appreciated their dedication and commitment to public service.

The public has known that better neighbourhood policing and transparency are the most powerful keys to gaining public trust. The politicians and police have recognised this yet there has been no clear line of responsibility or joined-up work to support the service.

One regional commissioner relayed that, upon asking a young woman what she would do if stopped by an officer, she answered “Well, I wouldn’t trust him as I know all our local police”.

The chain of command for the MPS is the home secretary, the mayor and his office for policing and crime, then the commissioner.

Safety work should be supplemented with community teams. Yet what has been done to strengthen safer neighbourhoods operations apart from speaking fine words?

Local policing teams have suffered continual lack of officers, there’s smoke and mirrors about number allocations. There appears to be little accountability.

The loudest call for action is the removal of Dame Cressida. I don’t believe this is the best way forward.

Her face clearly showed anguish and sorrow when she stood outside the Old Bailey to make her statement about Couzens in front of the world media.

Many of the faults of the MPS are historical and only just being unravelled. This experience should provide her with true motivation to drive changes.

Depriving her of the role where she feels true passion for the service would be simply be starting out with an unknown.