Who’s the Doddy? In search of the real Ken Dodd

Peter Gruner is tickled by the newly republished biography of the Squire of Knotty Ash, Sir Ken Dodd 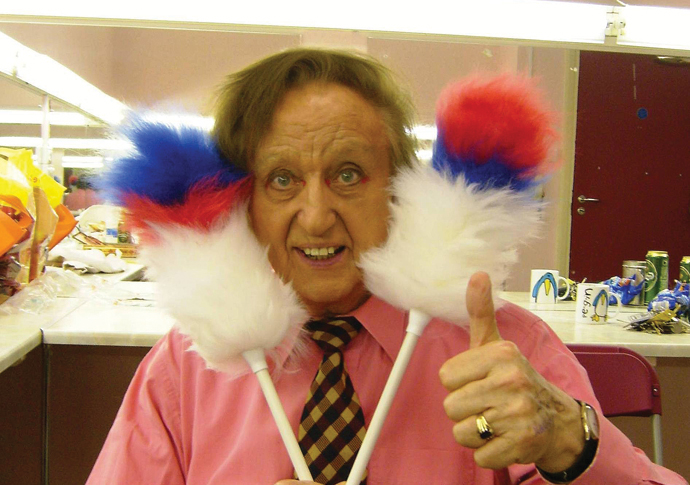 WHEN author Stephen Griffin thought of writing a book about Ken Dodd back in 2005 he got no help whatsoever from the comedian.

He wrote to Dodd asking for help with research but didn’t even get the courtesy of a reply.

One of Britain’s greatest ever stand-up comics, Dodd, who died in April, aged 90, was often secretive and obsessive about his private life.

Despite the setbacks, Stephen, a sub-editor on this newspaper, wrote Ken Dodd, The Biography. Now the book, which delivers a keenly observed and affectionate portrait of its often eccentric subject, has been reprinted and is expected to be regarded as a definitive account of the comedian.

With his hallmark features – hair like a “frightened haystack” and jutting teeth – Ken Dodd was described by a newspaper as resembling a “tailor’s dummy escaped from Bedlam”.

Speaking this week, Stephen said: “I’m afraid he wasn’t keen on the book but I thought he might have enjoyed it. It is, after all, very much a love letter to a great comic.”

Television did not really do justice to Dodd, as Stephen’s book notes. You had to experience him live, when he could create gales of laughter among an audience, often for many hours. 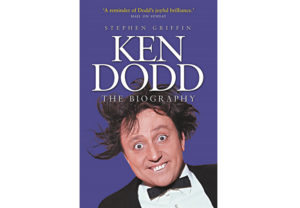 Stephen relates how he first discovered Ken Dodd live in a theatre in Hertford­shire. “Wielding his tickling stick like a wand, that evening he performed a miracle and brought some much-needed colour to Borehamwood.”

In the foreword to the book, Dad’s Army co-creator Jimmy Perry reminisces about seeing Dodd performing live for five madcap hours until finally throwing in the towel at 1am. That’s 300 minutes of non-stop laughter, but no one left the theatre, according to Perry: “He had cast a magic spell over us and we didn’t care about anything.”

Not even the failure of the National Grid fazed Dodd. When a power cut plunged the Stockport theatre into darkness and the mic wouldn’t work he simply grabbed a torch, did a tap dance and carried on regardless.

Dodd also became a darling of the intelligentsia. When playwright John Osborne was rehearsing The Entertainer in the late 1950s he took his cast to see Dodd so they could observe how it was done. And Doddy cut across all social strata: a royal favourite at Windsor, he was also listed as one of The Greatest Living Englishmen in lads’ mag Loaded.

He was also remarkably versatile, making a fine Malvolio in Shakespeare’s Twelfth Night at Liverpool Playhouse in 1971.

And when he wasn’t performing Dodd worked unceasingly for hospital charities in his beloved home city of Liverpool.

Stephen’s book is a must for anyone who wants to go into comedy. He writes how Dodd would engage in solitary post-show analysis: “He would buy himself a pie and coffee, then retire to his hotel to go through his act, gag by gag, to work out which joke had been successful, and which had failed.”

The late Victoria Wood described how Dodd managed to get laughs out of being positive rather than negative. She observed: “Whereas most comedians come on and say, ‘I’ve had a terrible day’, Ken comes on and says, ‘What a beautiful day’.”

The biggest upset for Dodd was being questioned about his tax at Liverpool Crown Court in 1989. He was represented by the legendary George Carman QC, and was cleared of 11 charges of cheating the Inland Revenue.

Despite the pressure on him during the case Dodd still managed to have a last laugh. During a pantomime at the time of the case a character says, “Is he kneading the dough?” Quick as a flash Dodd adlibbed: “About a million quid.”

Stephen maintains that Dodd may have had flaws and quirks of personality but “ultimately I think he was decent and honest. He was paradoxically a man of great generosity who has also given unfathomable pleasure to millions.”

Dodd was born to coal merchant Arthur and his wife Sarah on November 8, 1927. He left school at 14. Although he started his own business, flogging bars of soap, brushes and feather dusters (later tickling sticks) from a van, Dodd supplemented his income with part-time shows as a ventriloquist with his dummy Dickie Mint, also cultivating an act as a singer and comedian.

His career probably reached its zenith in the mid-1960s when he was a regular at the London Palladium, earning thousands a week, with a lavish act including high-kicking chorus girls.