Whimsy and trauma in The Electrical Life of Louis Wain 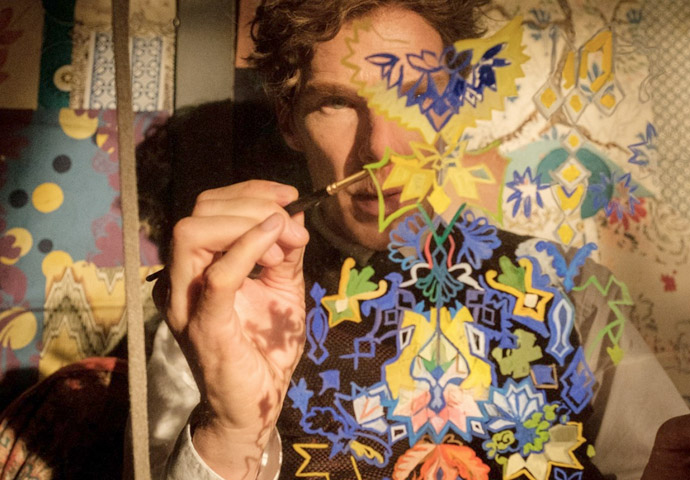 The Electrical Life of Louis Wain
Directed by Will Sharpe
Certificate: 12a
☆☆☆

In George Orwell’s famous call-to-arms essay, England Your England, he wrote of: “The clatter of clogs in the Lancashire mill towns, the to-and-fro of the lorries on the Great North Road, the queues outside the Labour Exchanges, the rattle of pin-tables in the Soho pubs, the old maids hiking to Holy Communion through the mists of the autumn morning – all these are not only fragments, but characteristic fragments, of the English scene.”

He could have comfortably added the “cat pictures of Louis Wain”, and his 1930s readership would have needed no further explanation, and would have heartily agreed.

Wain’s story is told in this gentle exploration of an artist whose work brought pleasure to millions, but suffered behind the facade created by his happy paintings. It has an undercurrent of asking how our approach to topics such as neurodiversity, mental health and processing trauma have changed. For a gentle period comedy-drama, it’s a big bite to chew on.

Wain (Benedict Cumberbatch) is the artist whose work graced many a parlour in late Victorian and Edwardian Britain. He first drew his whimsical images of cats being super-cute to cheer up his dying wife, Emily (Claire Foy). Popularised by the London Illustrated News, it tapped into the vogue for anthropomorphic storytelling, a genre that brought the world Beatrix Potter and Kenneth Graham.

Wain’s mother was a textile artist, creating embroideries and carpets for churches. He studied at the West London School of Art and worked for a time as a journalist. This would help shape his art, employing his experience in the popular press to have a sense of what images appealed to the public.

From around the 1880s up to the 1920s, Wain’s cats were everywhere: books and newspapers, magazines and postcards, tea sets and coasters. They’d be posed doing those things that made up the everyday – playing cricket, riding bikes, watching the Grand National, cleaning windows.

Cumberbatch and Foy bring a subtleness. Wain’s frivolity – he paints cats! – is set against a backdrop of something deeper and sadder. We learn how this brilliant eccentric dabbled in exploring nouveau-science movements – some more scientific than others – while creating smiley felines.

Will Sharpe’s film reveals the grief, trauma and instability suffered by this important, yet now not widely known figure of turn-of-the-century popular art.

• Wain’s extra­ordinary works are on display at the exhibition Animal Therapy: The Cats of Louis Wain at the Bethlem Museum of the Mind, until April 14. https://museumofthemind.org.uk/