What have the Jews ever done for comedy? 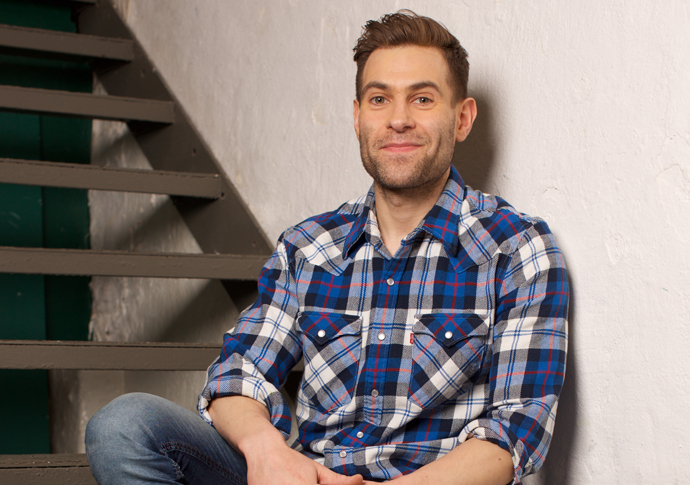 JW3 is proud to present the UK’s only, and therefore naturally the best, Jewish Comedy Festival. This year we’ll be featuring top comedy headliners including Simon Brodkin, better known as his alter ego Lee Nelson and a search for the next big exciting Jewish stand up talent. He commented “I’m looking forward to hosting this brilliant night of comedy. Although I’m best known for performing in character as Lee Nelson, in real life I’m not a massive chav I’m actually a tiny, little Jew.” 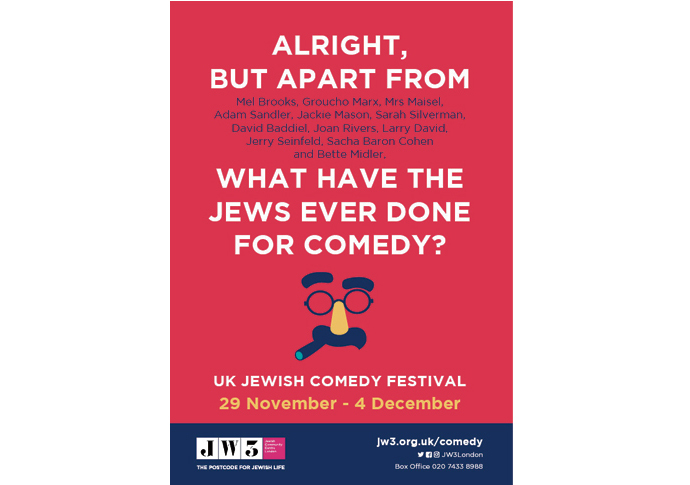 The UK Jewish Comedy Festival is in its 5th year now, and it’s an absolute delight and honour to welcome Jews to find their funny every year. From all corners of the world, we’re delighted to bring you some of the best and brightest new, old and first time comics to grace the JW3 stage.

The UK Jewish Comedian of the Year Award – some of the UK’s finest budding Jewish comedians will compete for your laughs, hosted by Simon Brodkin.

World Tour of Jewish Comedy – Join us for a glimpse into Jewish cultures around the world through the lens of three comedians with a mixture of chat and stand-up.

A rabbi, an imam and a priest walk into a Comedy Club – A Rabbi, imam and priest will each be braving the stage for the first time to perform 10 minutes of stand-up comedy.

Stand-up Comedy Workshop – Learn the basics of what it takes to launch a stand-up comedy career. In this workshop, you will learn the basics of joke-telling, write your first three to five minute set and then perform it before the group in a friendly and accepting atmosphere.

Arts Salon: Satire – Delve into our cross-arts discussion, and discover contemporary talent from the wide spectrum of arts and culture. This evening will explore that sharpest of political tools, satire, weaving Jewish themes into the work of our guests Joseph Finlay (composer, writer) Rachel Mars (performer, writer) and Martin Rowson ( Cartoonist for the Guardian.)

Visit www.jw3.org.uk/comedy for the full programme and tickets.