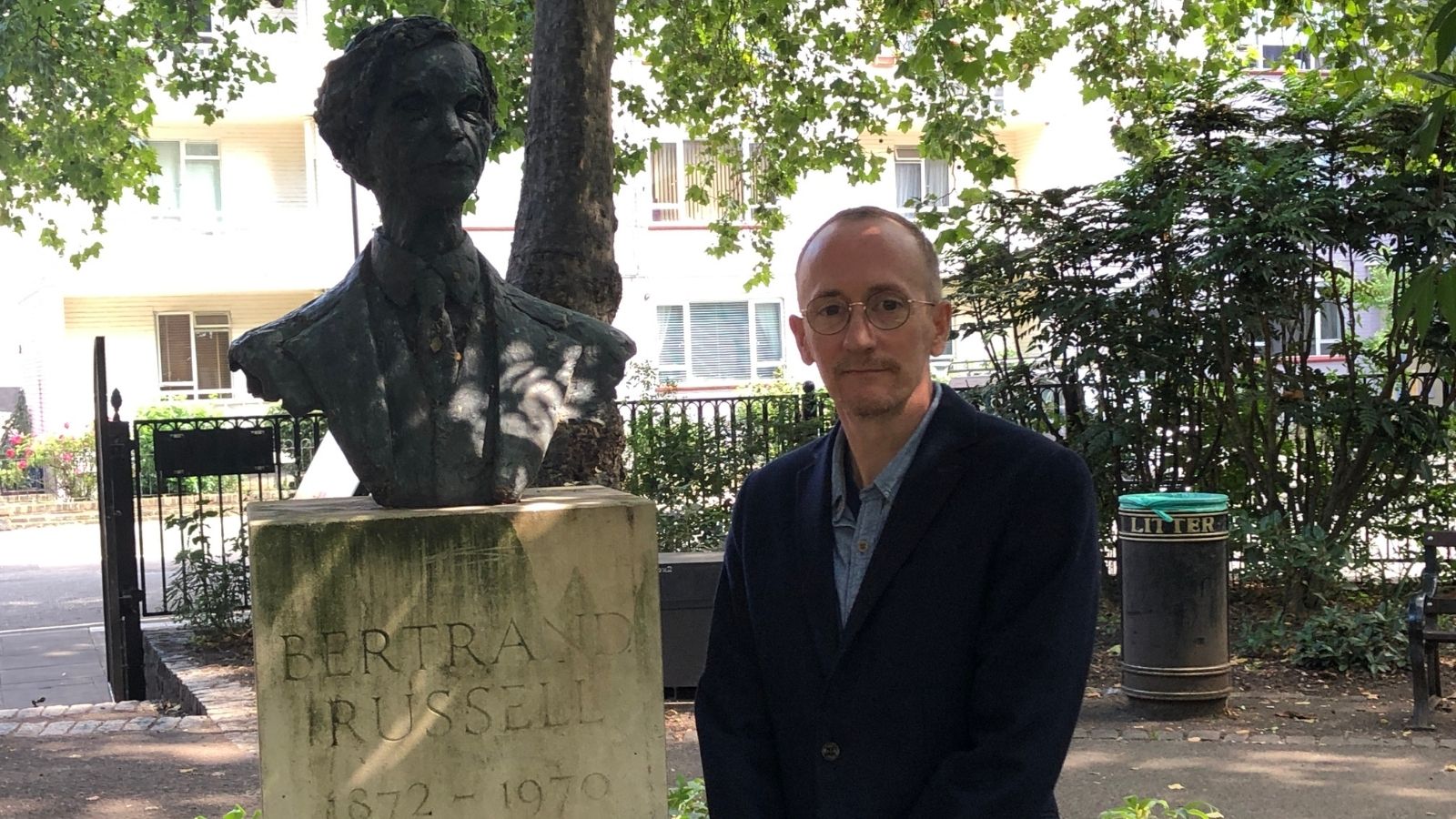 BERTRAND Russell’s mantra that “the good life is one inspired by love and guided by knowledge” remains as relevant today as when the Nobel Prize winner first made the statement nearly 100 years ago.

But while his many memorable thoughts and phrases still resonate, a bronze bust erected to celebrate the impact the philosopher had on society has not stood the test of time so well.

In 1980, a decade after his death, a campaign to have him honoured with a permanent memorial in Red Lion Square, Holborn, began.

Backed by MP Frank Dobson, Sir A.J. Ayer, Lord Fenner Brockway and Baroness Wootton, the Russell Committee said at the time: “Bertrand Russell, one of the most important philosophers of this century, awarded academic honours in many countries and the Nobel Prize for Literature, revered by multitudes all over the world for his untiring efforts for peace and human understanding, has not so far received the recognition that is his due.”

Marcelle Quinton was commissioned and her creation was warmly received by critics.

But 41 years later, the bronze is in need of care – and following a letter in the New Journal last week, the Town Hall has vowed to act.

After enquiries by the New Journal, Camden Council is contracting a bronze restoration specialist to clean and polish the bust, and make good the plinth it sits on.

The names behind the bust were linked to Conway Hall, the home to the Conway Hall Ethical Society.

Based in the square, the hall is a leading centre of enlightenment thought and progressive philosophy.

Conway Hall’s chief executive, Jim Welsh, said: “We wanted to celebrate and acknowledge this wonderful man who did so much for UK society.”

The philosopher and activist, who was a key founder of the Campaign for Nuclear Disarmament (CND), had close links to Red Lion Square.

He lived in Bloomsbury and had long standing connections with Conway Hall, where a meeting room is named after him. Mr Welsh added: “Bertie’s bust feels like it is embedded in a lovely green space that acts as our, and many others, front garden.”

Mr Welsh, who is the former chair of the Friends of Red Lion Square group, has created a series of history boards to tell the story of the square’s chequered past. This includes a good dose of mystery and urban myth.

Then known as “Red Lion Fields” before it was developed in the 1680s, an obelisk sat in what is now the centre of the gardens. Mr Welsh said: “It bore a Latin inscription, which translated read: ‘There is nothing to see here, traveller, move on…’” Could this be linked to the fact that the square has long been believed to be the resting place for all of, or part of, the body of Oliver Cromwell? The Parliamentary and Commonwealth leader died in 1658, and after the Restoration, vengeful Monarchists dug up his body in Westminster Abbey and took it took Tyburn to be hanged.

His head was placed on the roof of Westminster Palace, while his cadaver was shoved in a pit by the gallows.

However, it was said that Cromwell’s body was held overnight with other English Civil War heroes before the cart journey to Tyburn – and it gave Parliamentarians the chance to swap corpses.

It was said they buried the Lord Protector in Red Lion Fields – and those responsible did not want to forget exactly where they had left it, but did not want to advertise its presence.

A Town Hall spokesman said: “We have recently inspected this statue by a conservator. The inspection noted a clean and wax was required, which we have sought quotes for and will action when received.”