We’re back! Haverstock delight at return to action 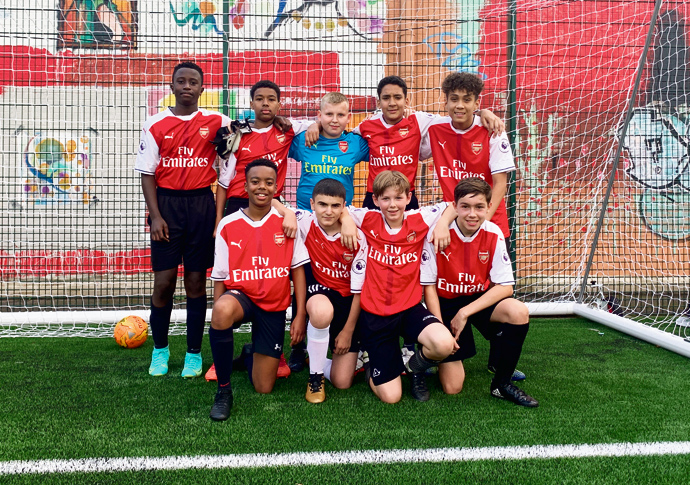 The squad from the secondary school in Chalk Farm took part in the Islington and Camden Schools FA Six-a-Side Championship on Wednesday at the artificial pitches in Market Road.

Haverstock lost to St Aloysius 2-1, beat Highbury Grove 4-0 and drew 1-1 with Central Foundation in their three group games – meaning they just miss out on the grand finals next month.

Despite that, Haverstock’s head of PE, Zaki Chamnaoui, was just happy to be back.

He said: “The team played with incredible determination and teamwork and should be extremely proud of themselves.

“A special shout-out goes to Teddy Morahan, the only Year 8 player in the team, who contributed five magnificent goals.”