‘We need you': Camden Town food bank warns of difficult winter for many

"There’s no shame in needing a foodbank" say volunteers 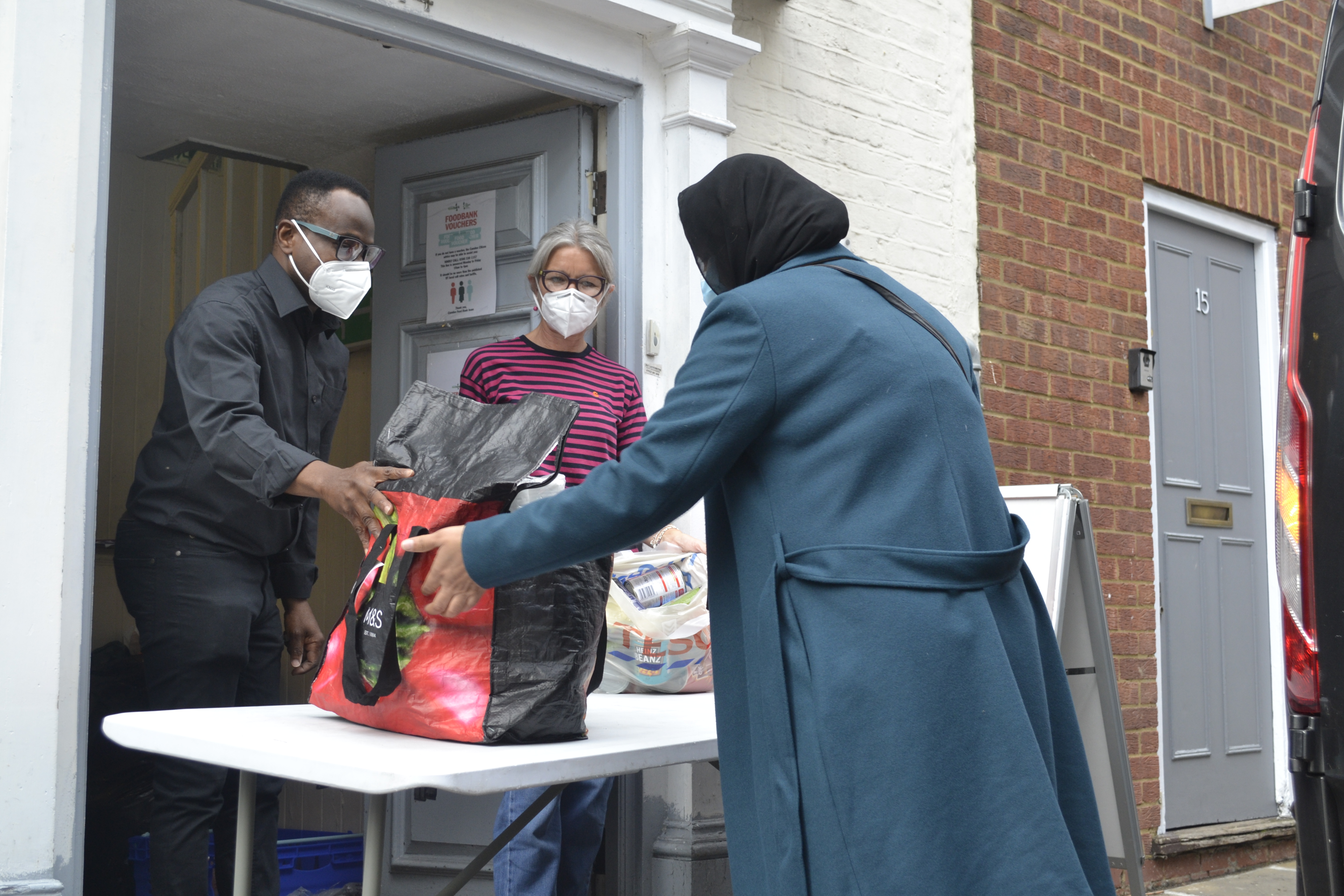 A FOOD bank in Camden Town says it is counting on donations to help them support cash-strapped families through the winter.

The centre in Pratt Mews has already seen the number of people using the service sky-rocket during the pandemic and staff are bracing themselves for more demand as the furlough job support and eviction ban ends.

But organisers from the Trussell Trust say they want to make sure that anybody needing help does not feel a stigma for using it.

Food bank manager Abiodun Odujoko said: “The Camden community has been very helpful and supportive since March, it’s one of the most wonderful boroughs like that. But even so there was a point during the lockdown that we almost ran out of food, our shelves were almost bare.

“It was only because of crowdfunding that we were able to buy food ourselves to make sure no one went hungry.” 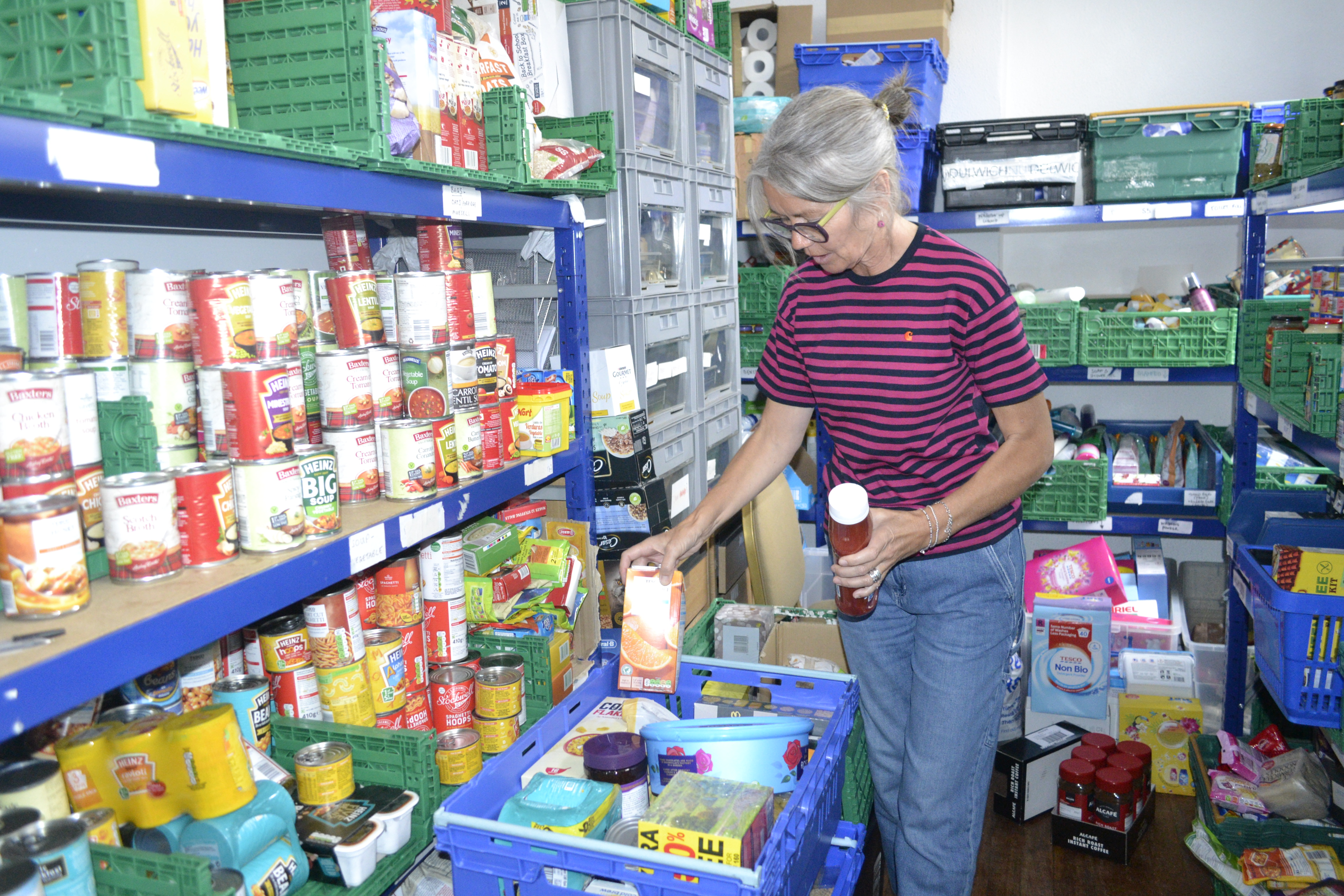 He added:  “I already know lots of people who no longer have jobs. Many people have never been in this situation before and don’t know how they are going to deal with it, but we’re here to help.

“A man who had previously been on a six-figure salary approached us the other day. He was hungry and had finally worked up the courage to come. There was no judgement, we just gave him the food and he went.

“We have also seen more large families coming to us – families of seven, eight, nine for instance – who were probably just about surviving before but have now perhaps lost the only wage coming into the household.”

The food bank is not only calling out for food and money but also volunteers. Michael De Souza, the creator of children’s TV show Rastamouse, was helping last week at the centre, set up in the Redeemed Christian Church of God buildings.

“I wanted to be part of a vital service, and believe me this is one,” he said. 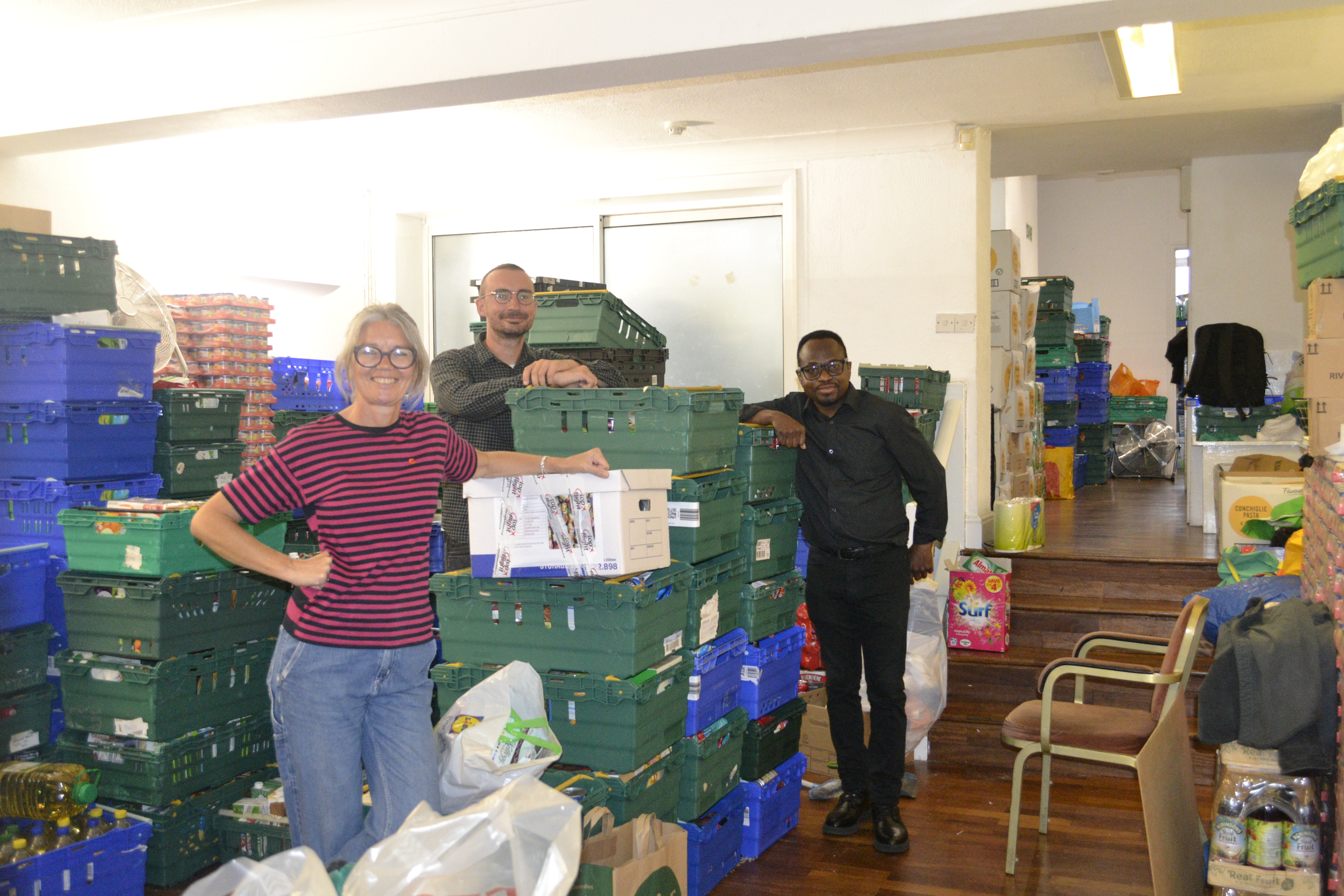 Join the friendly team as a volunteer

“I’ve experienced first-hand how vital it is because I needed to go to my local food bank after stopping work in March. Someone even took a picture of me and tried to embarrass me by posting it online but I’m not ashamed and I think the stigma around food banks needs to end.”

A referral is needed to become a user of a Trussell Trust food bank but referral slips can be given out by a multitude of agencies from GPs, the council, charities, community groups and even faith centres.

John Withington, a doctor at the Royal Free who joined as a volunteer during a gap between finishing a research project and restarting at the hospital, said: “Everyone who uses a food bank does so as a last resort so it’s not about means testing or making sure you really are hungry enough, it’s more to make sure there’s holistic care for people in place and we’re not just sending people off with food without offering to link them up with other agencies.”

Find out more about how to donate or pick up food parcels by visiting: www.trusselltrust.org/ get-help/find-a-foodbank/camden/

I’m gonna tell you the truth, I’m gonna be frank I get my food from the local foodbank
I feel no stigma, I feel no shame
It’s the result of a political game

Biscuits, pasta, or food in the pot
The local Food bank has the lot!
You can get your veg, toiletries and fruit
Believe me, friends this is the truth!

If you think I’m joking, Or playing games
Have a word with coordinator James!