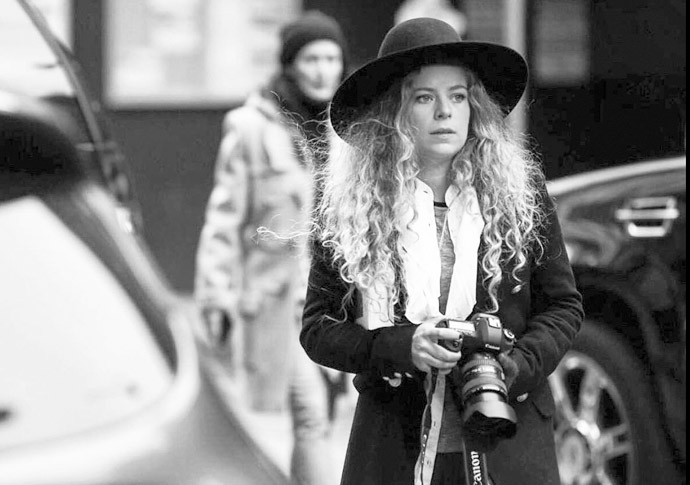 A PHOTOGRAPHER has called for help catching a brazen thief who cycled past and snatched her £3,000 camera from a table outside a café.

Shocking CCTV footage shows the cyclist mounting the kerb in Canonbury Place on Monday morning and swooping down to snatch India Hartford Davis’s camera while she was sitting outside The Place café.

The 28-year-old photographer is then seen scrambling out of her chair and chasing after the thief as he races off towards Upper Street.

Ms Davis, who lives in Highbury, said: “It was a shock. My arm got caught when he grabbed the camera because my hand was resting on the strap and I was propelled out of my seat and I just started chasing and screaming and begging for him not to take it.”

CCTV footage of the camera snatch

She added: “I was obviously completely distraught when I called the police but they didn’t send anyone to come.”

Ms Davis said she obtained the CCTV from a nearby convenience store herself and the police called her later that evening to say they “could not identify” the man because he was wearing a mask.

The grab is the latest in a string of thefts across Islington with the Tribune previously reporting that police were concerned that members of the public were “off their guard” after months in lockdown.

The Tribune also understands that people sitting in the street outside pubs and restaurants – allowed to serve outdoors since last month – are considered at particular risk of being targeted after venues across the borough obtained pavement licences to comply with Covid-19 regulations.

Ms Davis had been on a job shooting a model outside The Place and they had just stopped for a coffee break. 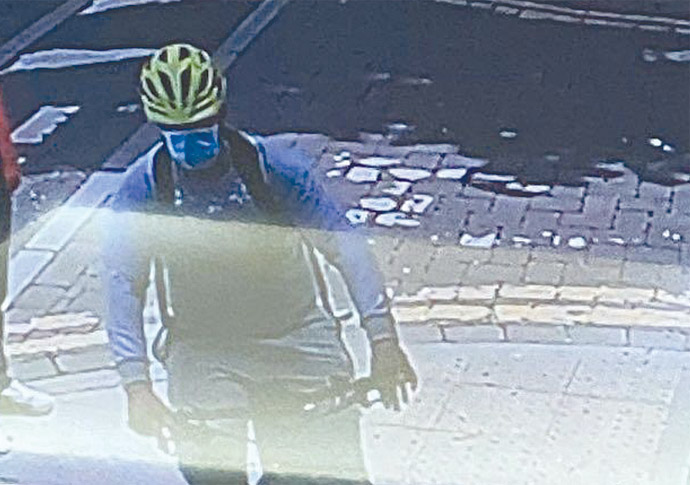 A still of the suspect taken from the CCTV footage

“I haven’t been able to work properly for months because of Covid,” she said.

“I have always been extremely protective of my camera, even when people want to see pictures I would show them myself. Then to have this hand come out of nowhere and just wrench away something that is so intrinsically mine, it’s awful.”

She added: “I would have preferred my phone being taken because my camera wasn’t insured so I have to pay the full whack for the body and the lens.”

A police spokesman said: “Police were contacted at 11.58am on Monday, May 17 by a woman aged in her 20s, who reported that her camera had been snatched outside a coffee shop in Canonbury Place.

“She reported that the suspect circled the area on a bicycle before grabbing the camera from a table and fleeing in the direction of Upper Street.

“There have been no arrests; enquiries continue.”