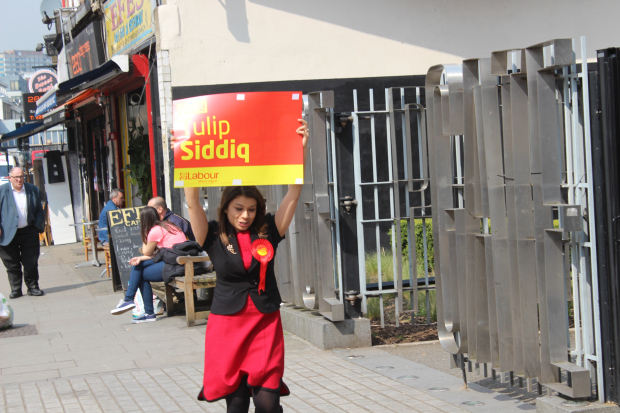 HAMPSTEAD and Kilburn MP Tulip Siddiq responded to a warning from Tory backbencher Jacob Rees-Mogg that her constituency could soon turn Conservative, by picking up on his use of the term ‘pygmy’ to describe opponents to the government.

She raised his choice of words following an after-dinner speech the North East Somerset MP made to party members in Hampstead on Tuesday night – reported on exclusively by the New Journal this week – in which he said boundary changes could pave the way for the first Tory MP for NW3 since 1992.

He had said: “It’s a remarkable time to be a Conservative…. It is as strong as it has been since the heyday of Margaret Thatcher, the dominance that we have of the political scene and the pygmy nature of our opponents…”

Today (Thursday), Ms Siddiq questioned whether this had been an appropriate turn of phrase while on her feet in the House of Commons.

Raising a ‘point of order’, she made direct relation to her own height asking deputy speaker Lindsay Hoyle: “Today I opened the Camden New Journal, my local paper, to read that he had described the ‘pygmy nature’ of the opposition. Does the deputy speaker think that the term ‘pygmy’ is appropriate when standing in the constituency of the shortest MP in Parliament?”

Mr Hoyle said Mr Rees-Mogg was “normally a very courteous member” and that he was “sure it wasn’t with intent”.