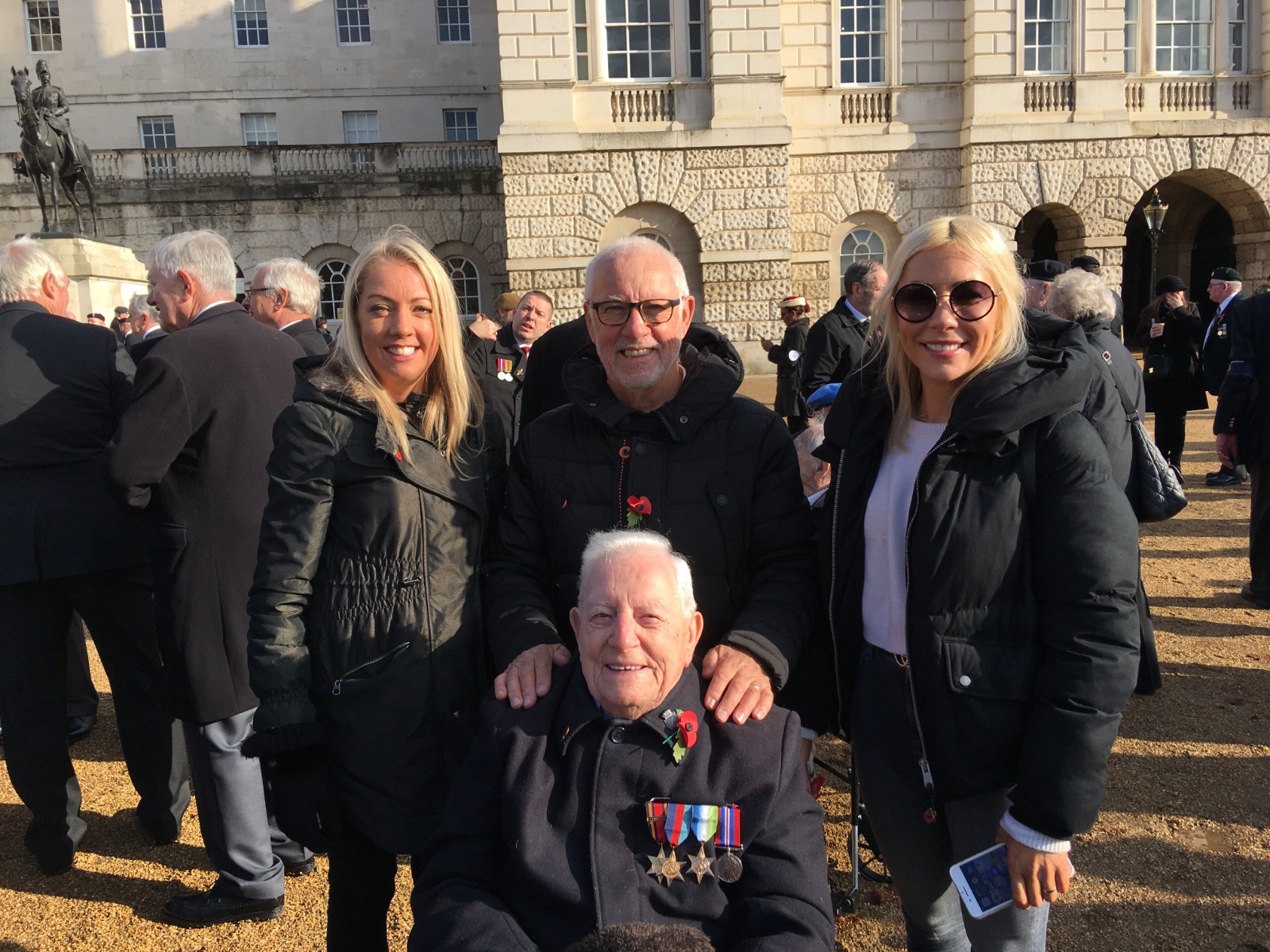 Bill Jones with his family after his medals were re-awarded

A SECOND World War veteran who lived all of his life in Camden has died just short of his 103rd birthday from Covid-19.

Bill Jones sailed around the world as a signalman on a minesweeper after joining the Navy.

He was awarded four medals for his service which were sadly lost in a flat fire 20 years ago. They were re-presented to him by the Ministry of Defence at a special ceremony in 2019.

Mr Jones’s son David said: “Some people, they get to an age and they just want to go, they worry themselves to death. Not my dad. He never ever said to me he wished he was gone. He loved life – that’s what makes it so upsetting.”

Mr Jones was born above the old Holts boot shop in Kentish Town Road before raising a family in Rhyl Street, Queen’s Crescent. In his later years he moved to Albany Street in Camden Town.

Mr Jones’s main career had been as a “progress chaser”, chasing up orders for Watsons, a subsidiary of electronics firm Philips.

Over the course of his life he also worked as a postman at the Kentish Town depot, in a clock repair shop in Cricklewood, and also delivered bread rolls for a bakery to “all those posh houses” up in Hampstead, David said, adding: “He wasn’t worried about Covid. He had that sort of old-school attitude: If it happens, it happens. He’d worry about when his dinner was coming, though, instead.”

He had been remarkably healthy for his age and had only suffered minor kidney problems and mild angina. David said: “He didn’t go out at all and was more or less housebound for 12 months. We had done a lot to shield him from the pandemic. He had had his vaccine, too – on Sunday a fortnight ago.

When he got ill the Monday after we thought it might be a reaction, but when we were at UCH they told me he had got Covid.” David added: “He was born in 1918, the year of the Spanish flu pandemic, and died in the year of the Covid pandemic.”

The coronavirus vaccines do not take effect immediately after the jab has been given and need a period of time for protection to develop.

David, 73, said: “I grew up with all the aunts and uncles and cousins living within half-a-mile of each other around Rhyl Street. We’d meet at my nan’s every Sunday, all of us. I was in the same bedroom as my mother and father until I was 14. My mum Rhoda used to say that was the best contraception she’d ever had!”

Mr Jones and Rhoda were married for 70 years after tying the knot in 1940. Rhoda died aged 91 in 2011, leaving Bill heartbroken.

“They were married while he was home on leave, but then he had to go out again,” said David. “He used to say he preferred being away at sea than on land – at the time it was more frightening with the air raids here.”

David recalled taking his dad to the Cenotaph in 2019 after he got his war medals back, adding: “He was so proud to be pushed around with his medals. It was a wonderful day.” 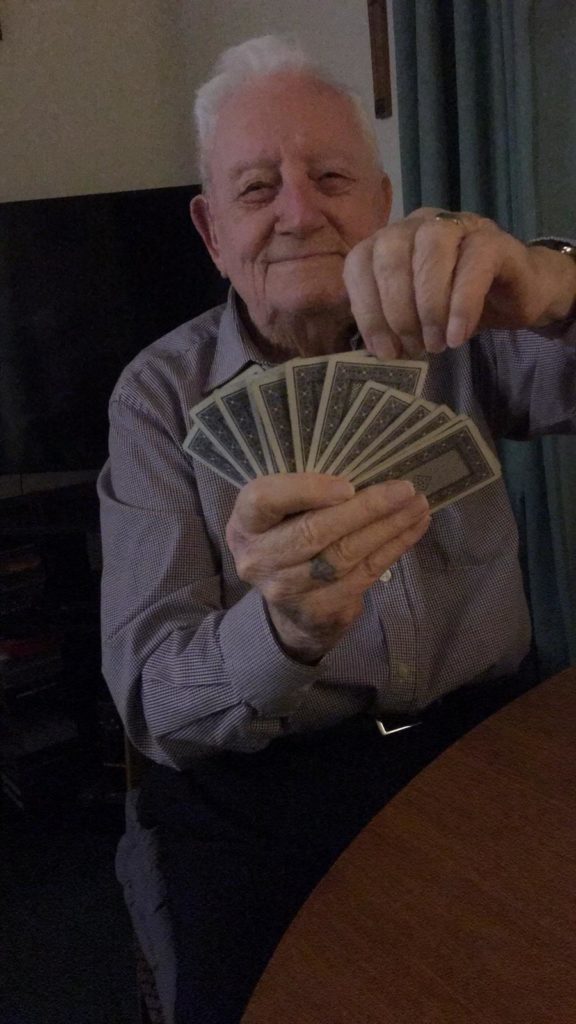 The medals were the Atlantic Star, the Burma Star with a Pacific Clasp, the 1939 to 1945 Star and the War Medal.

Despite his age, Mr Jones kept “up to date with modern tech” and had an iPhone and an iPad.

“He would FaceTime me at 8pm on the dot, after Coronation Street and Emmerdale,” said David. “He used to read, mostly war books and watch war films. And as for Only Fools and Horses, he would watch that over and over again and still laugh at it.

“Dad’s Army and Fools and Horses, that’s how I’ll remember him.”

Mr Jones was also a keen player of the card game Kalooki.

He also liked a pint at the Sir Robert Peel pub in Malden Road, and at the old Mother Shipton.

As well as David, Mr Jones leaves two grandchildren and five great-grandchildren. A private funeral will be held for 30 people on March 23, with plans for a memorial later in the year, depending on restrictions.

THROUGHOUT the coronavirus pandemic, the New Journal has resolved to celebrate the lives of those who have died from Covid-19. We do this so they are not just forgotten as figures from the daily government announcements detailing how many people have passed away from this virus. The newspaper felt charts and graphs could never tell the real story of this pandemic.

And celebration of lives lived and the love that’s been shared was even more important at a time when people cannot hold full send-offs at their loved ones’ funerals. Of course, we understand why some will prefer private farewells but if a friend or relative has died from the coronavirus, and you’d like us to write about their life, please email editorial@camdennewjournal.co.uk or call 020 7419 9000.