Walkers given a ssshock by python!

'Monty' curled up next to a Heath tree 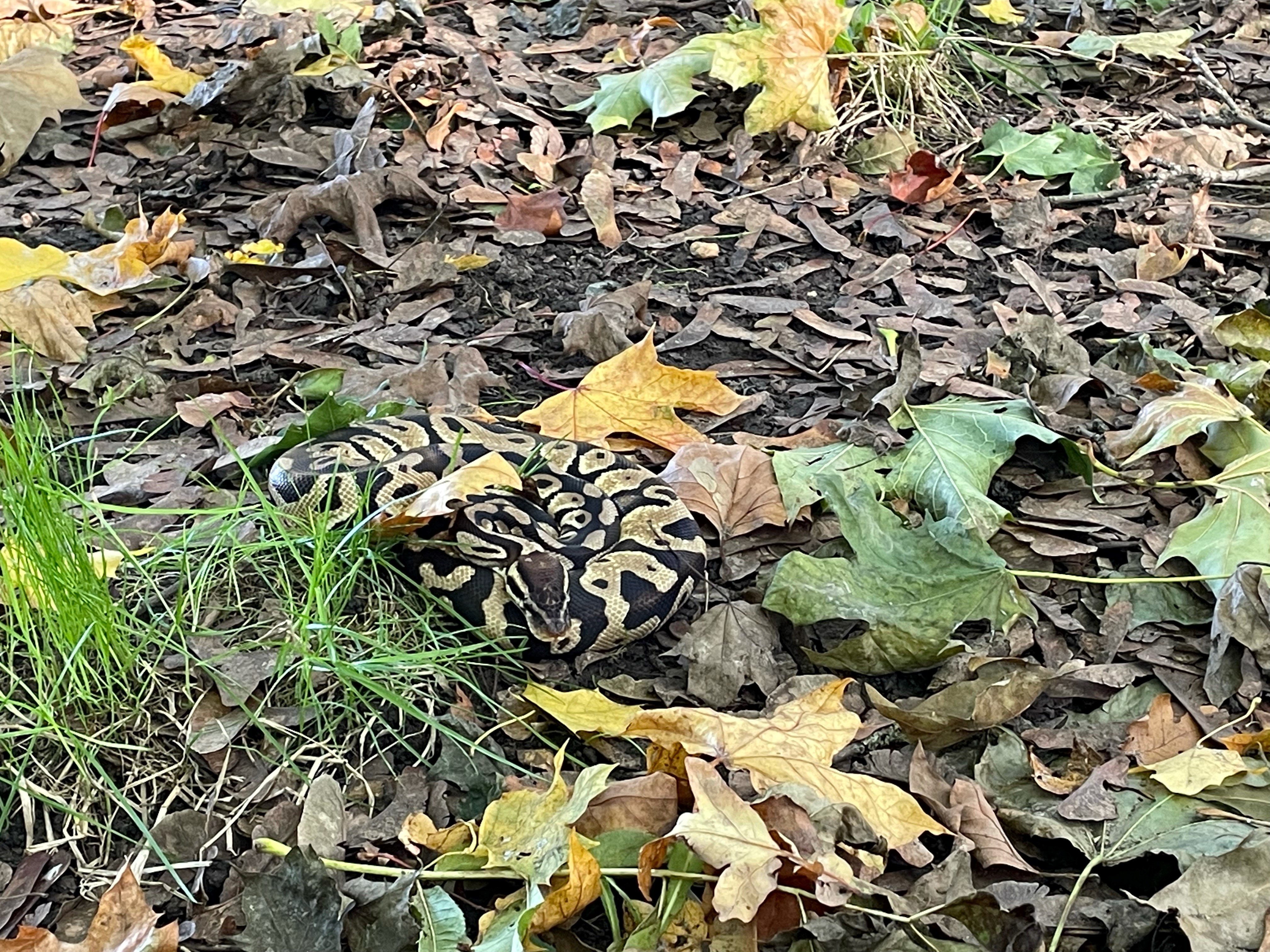 A PYTHON gave Heath walkers a scare when they discovered the exotic creature curled up under a Parliament Hill Fields tree.

The snake, nicknamed “Monty” by park staff, is believed to have escaped from a home bordering the Heath and slithered onto the Heath from Lissenden Gardens.

Known as the world’s longest snake – they can grow up to 28 feet – the python is native to the warmer climes of south-east Asia.

Pythons feed on small mammals but due to their size have been known to eat humans. The snakes slowly squeeze the life out of their prey and then dislocate their own jaws so they can feast on victims whole.

Heath staff believe they have now found its owner – a young woman who lives near the Lido.

Rangers were alerted to the python by a dog walker who had noticed the diamond-patterned reptile curled up in a pile of leaves.

The rangers called London Zoo in for help – but the zoo were unable to take the creature in as it could be a bio-hazard to their other reptiles.

One ranger, who has a degree in zoology, came to the rescue and identified the python as non-venomous. The snake was carried to the East Heath staff yard where rangers gently massaged it to increase its body warmth.

It is currently living in the staff office and is feeding well, while rangers investigate its ownership.

A spokesperson for the City of London Corporation said: “On Sunday a python was found at the Lido by a member of the public who alerted the Heath team. Heath rangers rescued the snake and are liaising with the relevant animal welfare bodies.”