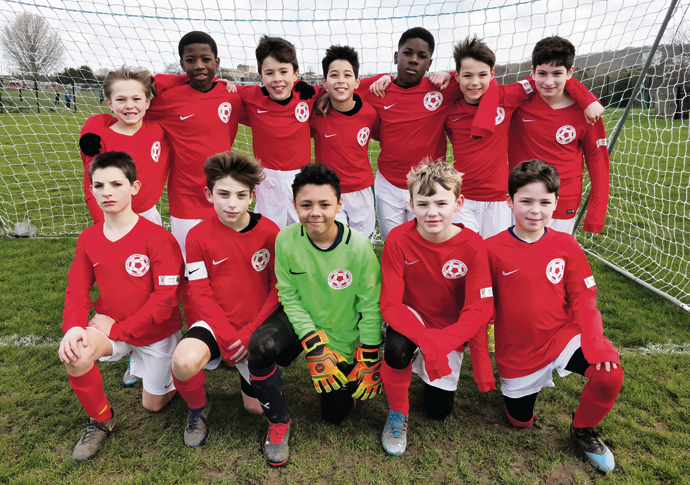 A TEAM of talented young footballers face a nervous wait to find out if they have made the semi-finals of a London-wide cup competition.

After beating neighbouring rivals Camden in their previous outing, Islington’s Year 6 District team (above) went into Saturday’s Key Trophy clash away to South London knowing that only a win would secure them safe passage through to the final four.

Despite the “extremely blustery conditions”, the tide of the game was blowing in Islington’s favour as they twice took the lead at Long Lane Junior Football Club.

Fresh from his hat-trick against Camden, striker Samuel Dempfle-Rodriguez opened the scoring, while teammate Connor Chandler also found the back of the net with a composed finish to give Islington a 2-1 lead.

But with just minutes left on the clock South London struck to level the scores, meaning group leaders Islington now have to wait for the teams around them to play their games in hand to see if they will qualify for the semi-finals.

“It was a really good performance in the first half, with players having to adapt to the conditions of a blustery breeze and a quite heavy pitch. They did very well and deserved to be 2-1 up,” said manager Michael MacNeill.

“However we made some changes in the second half which didn’t all quite work for us.

“We didn’t really fashion enough chances to finish them off. Now we play the waiting game.”