Veganuary: something to chew over in a new year

When eating out, there are now plenty of meat-free options across the capital 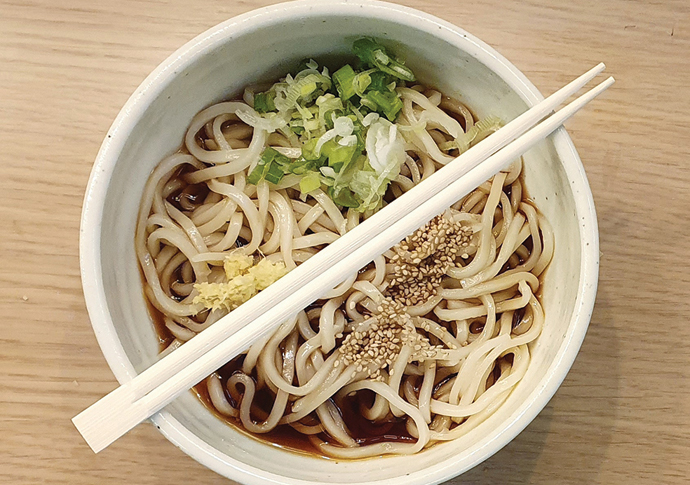 WELCOME to a new ritual for the start of the year – the clumsy debate around Veganuary.

This annual event promotes veganism by challenging us to go vegan for the month. The campaign always hits the headlines as it whips up controversy. The debate is crude: you either enjoy animal products or shudder at the very thought. But this vital issue doesn’t need to be black and white.

An easy first step is to just cut down on the low quality meat and other animal products in your diet. Watch out for the ultra-processed vegan products popping up in every supermarket, which are often heavy in sugar and salt. And cook fresh ingredients from scratch – you can’t go far wrong.

When eating out, there are now plenty of meat-free options in most restaurants across the capital.

I just travelled through St Pancras station, grabbing a bite at Kineya Mugimaru, the new noodle bar on the main concourse.

This restaurant is an intriguing blend of tradition and technology. Watch the chefs stretch their trademark udon noodles; then place your order via the gleaming touchscreen.

Established in Osaka in 1967, Kineya has become a global brand with more than 500 sites worldwide. This is their first branch in Britain, with another just open in Cambridge.

A third of their menu is fully vegan. My Shoga Udon cost just £5.60: a bowl of springy, hand-cut udon noodles in an umami-rich dashi broth, topped with ginger and spring onions.

Other vegan add-ons include a wafer of wakame seaweed, tempura flakes or a sliver of deep fried tofu.

Tempura fried vegetables are a speciality, too. Try a slice of tempura sweet potato, asparagus, pumpkin or a mixed tangle of vegetables called kakiage, priced from £1.20.

It’s effortless to eat vegan in places like this. But they also sell meat and seafood. The long menu also features popular dishes such as a laksa prawn udon, fried chicken curry rice and spicy gyoza noodle soup.

A few miles away, at Temper restaurant in Soho, you’ll find a quite different approach to Veganuary.

Temper is famous for its focus on meat and fire pit cooking. I visited for a friend’s birthday and their sweet and sour pork ribs linger in the memory – tender and deeply spiced, with a scattering of green and red chillies.

As their social media states: “We’re not really the veganuary type tbh – we reckon it’s best to look at sustainable ongoing changes.”

Temper sources its meat from high-welfare farms; their ethos is to treat each cut with reverence and respect.

They get the last word: “We don’t see the point in cutting out all animal products for one month – we’d rather make a permanent commitment to eating less meat but always caring about its provenance. Who’s with us?”