Exclusive: Police can't identify who organised event or did the damage 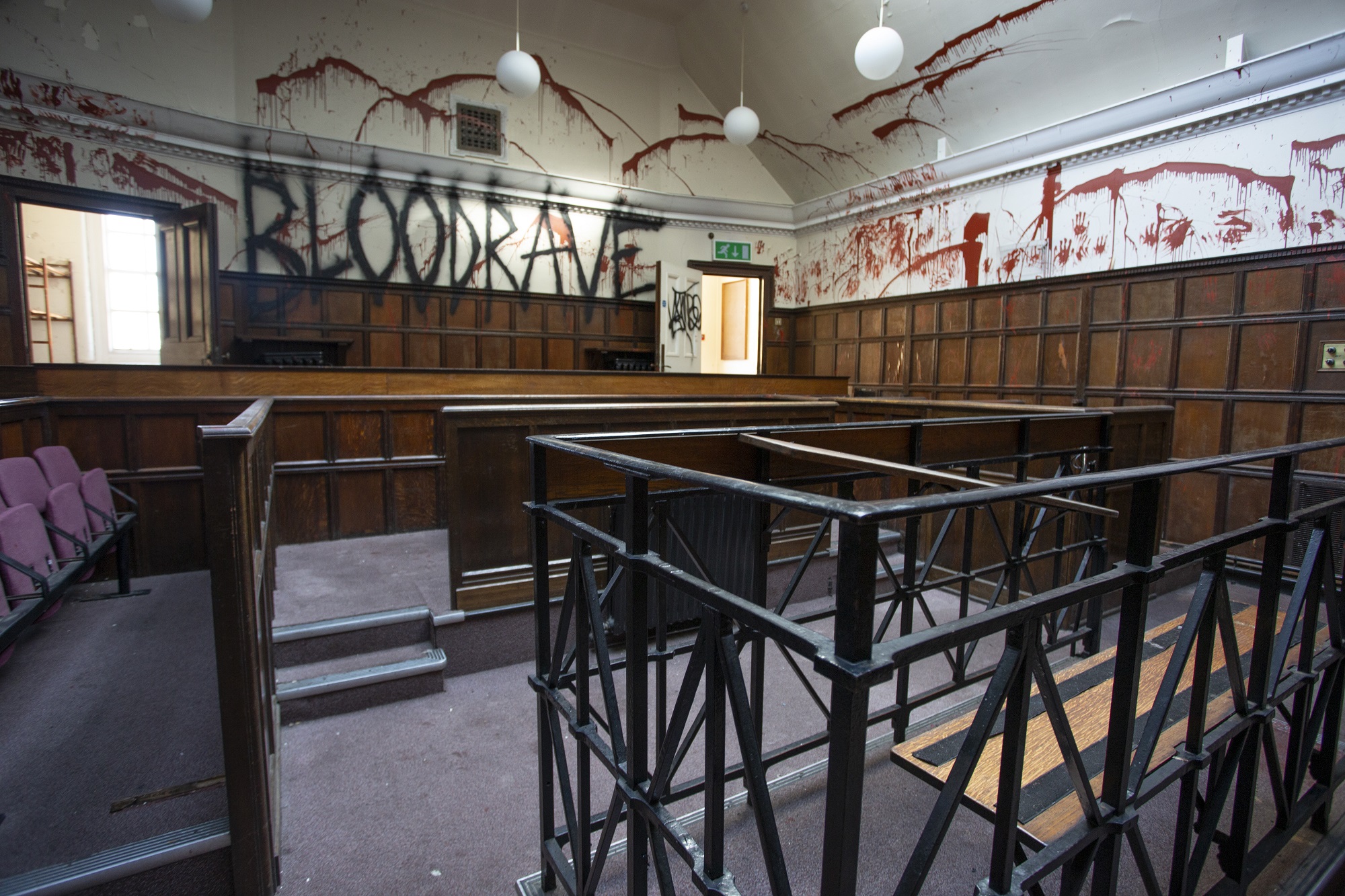 The damage left after the Halloween gathering [Jill Furmanovsky]

NOBODY has been arrested or charged with organising an illegal rave at the former Hampstead Police Station – nor for the criminal damage to the listed building left by those who partied inside, the New Journal can reveal.

The Met Police has not taken any action against anyone for the vandalism of the court­room in the Grade II*-listed building in Rosslyn Hill during a Halloween rave last year.

Last month the New Journal exclusively published photographs of damage to the room during the event, attended by about 800 people.

Shocked readers saw how black and red paint had been daubed on its white walls and wood panelling, with some of the graffiti spelling “bloodrave”.

The event happened despite lockdown rules announced by prime minister Boris Johnson to tackle a resurgence of Covid-19 last autumn. New laws were introduced earlier in the summer aiming to discourage organisers and threatened them with £10,000 fines for setting up the parties. 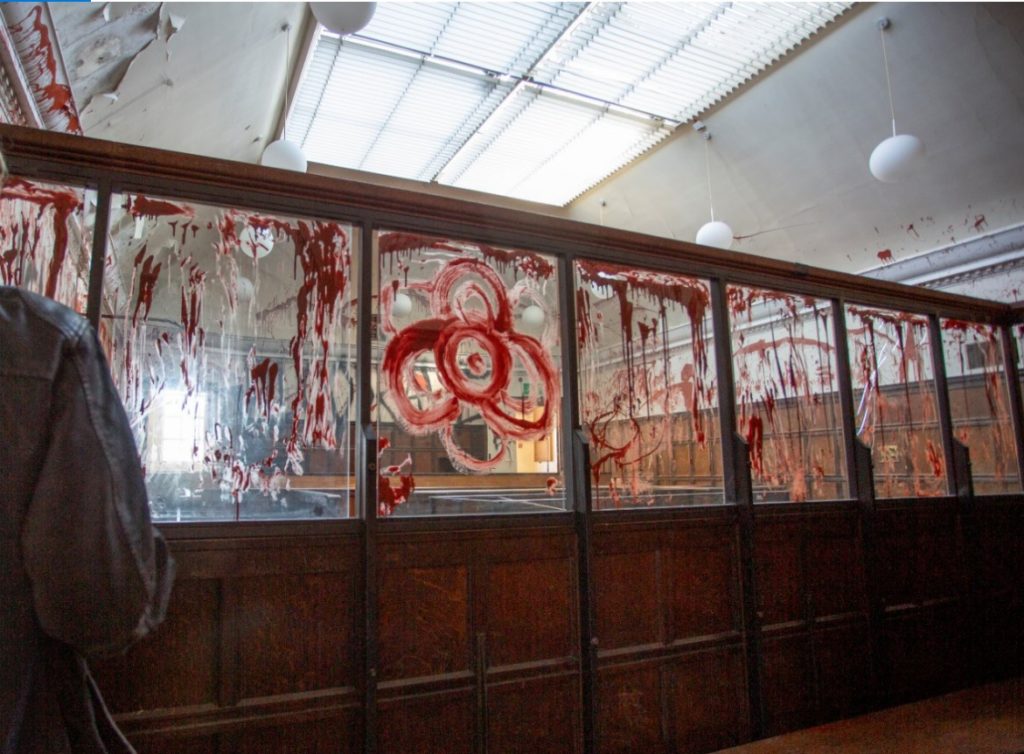 The frequency of events had increased as nightclubs stayed closed, but as the weather turned last summer, revellers started to try to move inside for their nighttime entertainment.

The police station and adjoining one-time staff house has been put up for sale by the Department for Education (DfE), which bought it for £14.1million after officers moved out in 2013. It has stood empty ever since.

Attempts by academy school Abacus Belsize Primary to move into the site were twice rejected by Camden Council planning committee members, before the planning inspectorate gave it the final refusal late last year.

The school’s search for a permanent home continues, as it only has a temporary lease on premises in King’s Cross – where pupils are bussed to each day.

Hampstead Town councillor Maria Higson said she was disappointed nobody would be held responsible.

“We need to take a strong stand against this type of senseless vandalism, and that includes making sure those involved are held to account,” she said. “We can’t allow a small number of people to wreck heritage sites – and government-owned buildings – with no repercussions.” 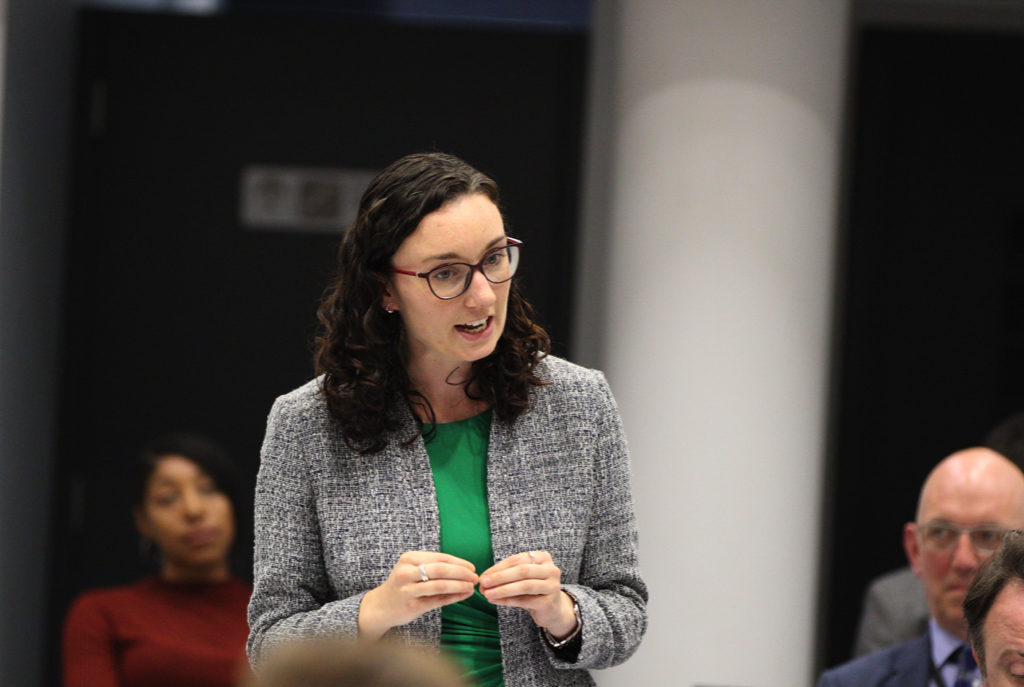 According to experts, it’s possible to repair the damage, but it is unclear whether the DfE or any prospective buyer will be expected to foot the bill. Camden Council has said it was working to ensure the building, which has its security overseen by a private firm, stays secure.

A police spokesman said: “No arrests have been made in relation to the organising of an unlicensed music event held within an uninhab­ited building on Rosslyn Hill last Halloween. “Evidence pointing to any particular suspect organising the event at the time was not strong enough. However, should further information come to light it will be investigated thoroughly.”