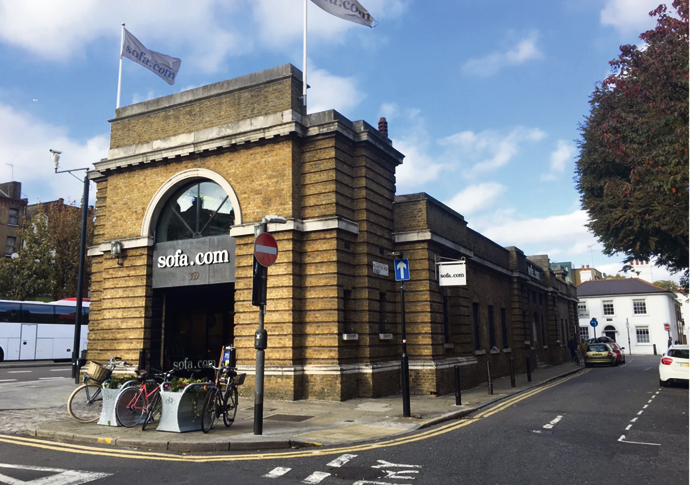 The site of the new shop in Angel

AN Amazon store where customers simply pick up products and walk out without going to a cashier is set to open in Angel after councillors approved a licensing application.

The Amazon Fresh supermarket, which uses “deep-learning algorithms” to monitor which products you take through an application on your phone, will operate in the Grade- II listed The Mall building in Upper Street.

A licensing committee on Tuesday heard representations from the company for a second time after it was knocked back several weeks ago after being accused of acting in an “underhand manner” because Amazon’s name was not on the original application documents.

At the previous meeting, councillors had raised concerns about how secure the store was without checkouts or security lines and only a supervisor at the gate by the alcohol section and three members of staff on hand for crowd control.

The tech giant, however, returned with a report by Andrew Bamber, a former chief superintendent for the Met police, supporting the application.

Amazon’s lawyer Gary Grant said: “It’s pointed out by Mr Bamber that we do not sell tobacco, there are no cash purchases, we do not, by condition, sell super-strength alcohol beers at 6.5 per cent ABV.

“We are an unattractive premises to problem drinkers.

“It is not the business model to sell dirt cheap alcohol.”

Independent councillor Gary Poole raised the issue of the “minimal human contact” in the store and how underage drinkers or drunk people could be checked.

Mr Grant said someone would guard access to any drinks.

To get into the store customers will have to log into an app on their phone which opens an automatic gate into the store and allows them to simply pick up their items and then walk out.

The price of the food and goods is automatically charged from the customer’s existing Amazon account using “computer vision, deep-learning algorithms and sensor fusion” technology.

Labour councillor Marian Spall questioned whether the shop is open to“everyone in the area” if you need to subscribe to the service online to get in, adding: “I know there are a lot of Amazon members, but there must be some people in the area who are not.”

Mr Grant responded that it is “free to download the app”.

Eight objections were made to the original application, but the alcohol licence was unanimously approved by councillors.