Ulric Cross: shining a light on a man of many talents 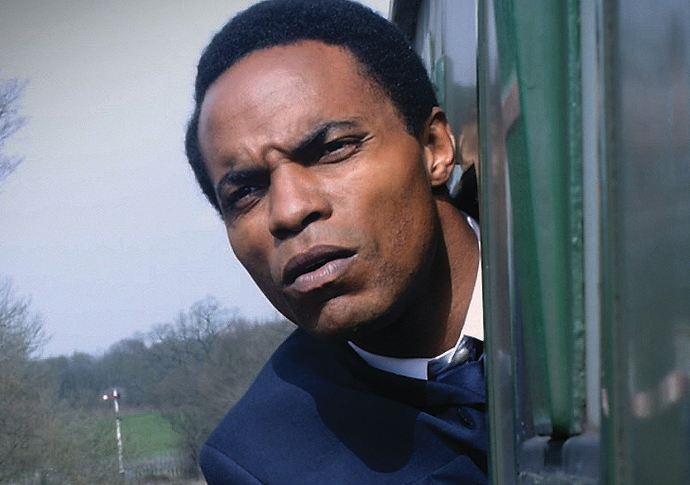 WAR hero. A black man working as a senior BBC producer in the 1940s. A lawyer, diplomat, fighter for freedom and senior judge: the life of Ulric Cross contains so many different paths and careers, and so many achievements, it seems extraordinary that he could have squeezed them into just one life.

And it also feels extraordinary that his name is not more widely known, and that is why this film is so very welcome, and such a fascinating watch.

Part documentary, part drama, we are gently taken chronologically through a colossus of 20th-century political history.

Born in Port of Spain, Trinidad, in 1917, he was an excellent scholar. When the call came from the “mother country” to fight the Nazis he enlisted: he had read Mein Kampf and was utterly horrified by the disgusting world-view it promoted.

As well as walking us through Cross’s life – played here by Nickolai Salcedo – we are treated to the revelation that his friend and colleague George Padmore, the legendary freedom fighter, was murdered by MI6. Padmore spent many years in Camden, living at Cranleigh Street between 1941 and 1957, a base for anti-colonialists and freedom fighters from around the world. His death greatly affected Cross, and as the film shows, he too was subjected to awful harassment by the British Secret Service.

Was Padmore murdered? The film seems to believe so, though at the time his partner said it was liver failure.

Cross became friends with Padmore after CLR James introduced them and Cross was greatly influenced by his political stance and approach to fighting colonialism.

In a kind of reverse of Catch-22’s Yossarian, Ulric declined to take flying breaks after completing 30 and then 50 missions, as he was allowed to – instead, he had such an urge to help get the war over and done with, he kept going. He flew 80 missions in total, rising to the rank of squadron leader and becoming the most highly decorated serviceman from the Caribbean.

He returned to Trinidad after the war but was told he would not be supported by the government in his quest to study law – so he headed back to London, studied law (completing his articles in an astonishingly quick time) but then found it impossible to get a job. Instead, he turned to working for the BBC as a talks producer and it was here he met the historian and socialist CLR James and became involved in the battle for independence for African states.

This film isn’t glossy. It relies heavily on generic archive footage to fill in gaps, and feels like a patchwork collage. Its low budget doesn’t matter if you don’t expect anything Hollywood. Ulric never let such things as lack of funds stop him achieving his goals, and in a way director Solomon has taken the same approach. It may give the narrative a few bumps and flaws, but the subject matter is so compelling that these are minor asides.

Cross’s memory deserves to be celebrated. Thank you to writer director and producer Frances-Anne Solomon for her sterling effort to spread his name.