You are 'sainted' as a cyclist, says comic 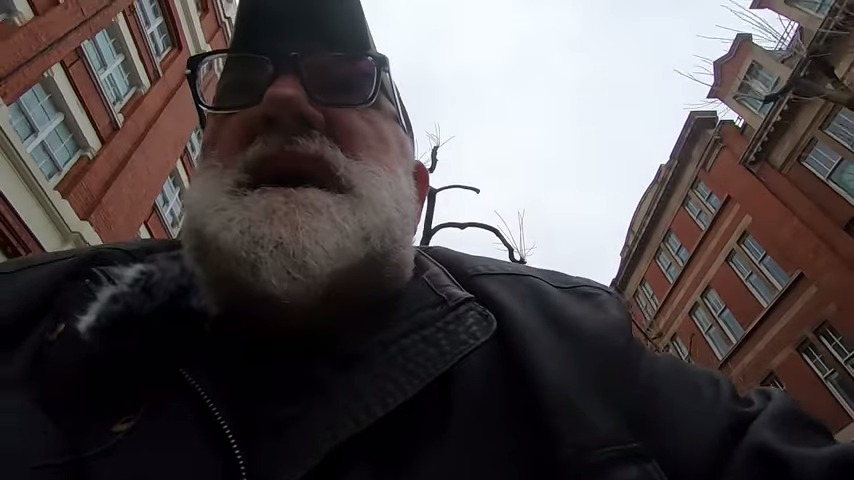 Alexei Sayle has a new series of films on Youtube

COMEDIAN Alexei Sayle has criticised experimental changes to Camden’s roads – while cycling through the borough.

Despite many of the schemes introduced by the council and Transport for London being aimed at making getting on a bike easier, Mr Sayle sounds completely unimpressed as he pedals away in a new series of films on YouTube.

In his commentary, Mr Sayle says: “Particularly I think right-wing Labour councils love these schemes because it allows them to pretend that they are doing stuff for the environment. It’s authoritarian and top down – and nobody is consulted and it’s driving people nuts.”

Using a camera pinned to his bike and a microphone attached to his coat, he has filmed himself on a string of rides including a trip from Hampstead to King’s Cross via roads in Gospel Oak and Kentish Town.

During one film, Mr Sayle – once in the pop charts with his comic anthem ’Ullo John! Gotta New Motor? – questions why some cycle lanes in Camden appear to push people on bikes into the main traffic when they come to an end and says there is no rea­son for Judd Street in King’s Cross to be closed off to cars.

“And being a cyclist is now a bit like that now isn’t it? Cyclists can go where no motor vehicle is allowed to go. You are authorised. You are sainted.”

Mr Sayle also comments on the buildings that he passes, celebrating the Phoenicia food hall in Kentish Town Road as he goes. Council chiefs have said trial road closures were brought in to encourage people to walk and cycle more at a time when use of public transport falls due to the coronavirus pandemic.

They have warned that they did not want people simply turning to cars. Experimental traffic orders (ETOs) were set up to evaluate the road changes while they are in place to see if they should be permanent.

Mr Sayle, who lives in Bloomsbury, has two shows due to air on Radio 4 this year – The Absence Of Normal and the return of Alexei Sayle’s Imaginary Sandwich Bar.